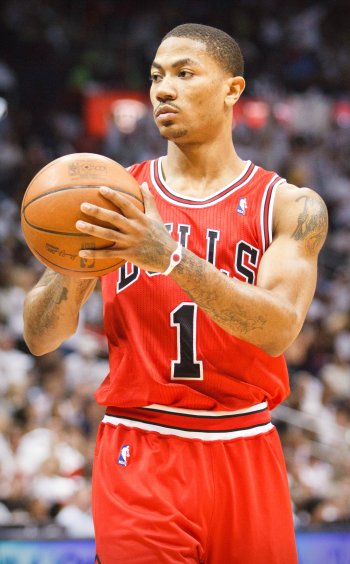 This series is very difficult for me to predict and not because I don’t have an idea who will win. It’s because growing up in Chicago and getting hooked on old-school players like Chet Walker, Bob Love, Jerry Sloan and Norm Van Lier helped me fall in love with the game I have been around my entire life.

I have come full cycle in regards to the Bulls. The first part of my life I was a fan, the second part I was consistently beat up on by Michael Jordan and Scottie Pippen and now I have to be impartial.

I must admit that it is not difficult to adore this version of the Bulls. They are the hardest-working team collectively that I have seen in a long time. Derrick Rose won the MVP, but he recognized the unselfishness of his teammates allowed him to have a tremendous season. They have hit some road blocks against Indiana and Atlanta, but who cares when you find a way to win series?

Now they will have to play a lot better against the Miami Heat and rightly so because these are the best two teams fighting for the right to get to the Finals.

Chicago plays well and is tough to beat when Rose plays like he did in Game 6 against Atlanta. That will be needed for every Bulls victory in this series. Rose will not beat the Heat taking 30-plus shots. The Bulls and Heat have scored 100 points twice in the playoffs and if that trend continues I give the Heat a big advantage with LeBron James and Dwyane Wade in the fourth quarter.

The Heat presents a myriad of problems for the Bulls and they better erase the thought that this is the same team they beat 3-0 during the regular season. Miami is confident and playing arguably the best team perimeter defense I have ever seen. Although Rose won the MVP, he is not a better player than either LeBron or Wade, so expecting him to carry the Bulls alone will be suicide… and quite possibly lead to a quick exit.

Carlos Boozer and Luol Deng have tremendous pressure to be consistent and that will be the key to a Bulls trip to the Finals. On the other hand, Chris Bosh is facing the same dilemma and this scenario will unlock the door and reveal who wins this series. 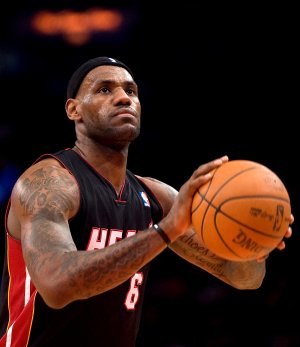 will have little trouble scoring over the top of Boozer, who gives up about four inches.

The Heat realize Joakim Noah can change the game with his defense and that is why they will rely on a secret weapon in Udonis Haslem to add some toughness and knock down some shots – especially if Noah is roaming defensively.

The Heat, I believe, will guard Rose with Mike Bibby and Mario Chalmers early, but use LeBron and Wade late in games, but I can’t imagine they will double and leave shooters like Kyle Korver and Deng open.

Miami is playing the best basketball of any team left in the playoffs. They have rolled over Philly and Boston and are now only eight wins away from doing what they predicted when James and Bosh joined Wade this off season.

The Heat’s stifling defense and the tremendous scoring of Wade and James creates a nightmare for the offensively-challenged Bulls.

This series will have some ugly games with shot clock violations and numerous charging fouls. When you have two great defensive teams, it will usually come down to who can create a shot with the clock winding down. Miami has an advantage with Wade and LeBron and so the Bulls will need to be consistent on the offensive glass and force a lot of turnovers to prevent the Heat from dominating the field-goal attempts category.

The Bulls will win if…

– Carlos Boozer and Luol Deng average at least 18 points each for the series.

– Excellent production off the bench.

The Heat will win if…

– Make Rose a jump shooter and keep him out the lane.

– LeBron and Wade continue to score at will.

– These Bulls seem like a team of destiny and that story usually runs into a brick wall and it will again. The Heat is just too good defensively on the perimeter and unfortunately for the Bulls that is their strength. Deng has to score and stop LeBron. I just don’t see both happening over a seven-game series. I picked the Heat before the season to win it all and I see them moving on in this series. If Rose struggles to get to the basket, it would end a lot sooner than my prediction. Bulls 2, Heat 4.