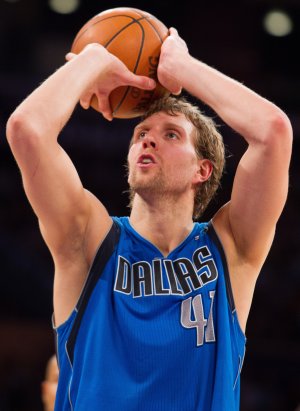 Let’s hold off for a minute and not blame the Thunder for the meltdown in Game 4. We tend to always look at the team that loses a big lead and not focus on the team that came from behind.

The Mavericks were dead in the water and seemed to be headed back home with the series tied at 2-2, but we left out one important factor – the Mavs can really play.

Oh boy, did the Mavericks play. Dallas was in a raucous building that is one of the loudest in pro sports, down 15 points with 4:48 left and stunned the basketball world to seize control of the Western Conference Finals 3-1.

The 24-second shot clock and stifling defense led by Shawn Marion and Jason Kidd took care of things on one end. Oh yeah, and Dirk Nowitzki put on one of the greatest offensive displays I have ever seen on the road in a hostile environment with backs against the wall.

Dirk might not be one of the 10 greatest basketball players of all time like his coach Rick Carlisle seems to think, but he is definitely one of the Top 10 offensive players in league history. I said coming into this series the Thunder had no one to guard him, but I was wrong. Nick Collison can guard him and has played great defense, but no defense stops great offense and Nowitzki is proving it textbook form.

The shots he has made in this series are legendary. It’s downright beautiful to see. The Thunder looked helpless during the Nowitzki-led 17-2 run that sent the game into overtime and seemed lifeless in the extra period, which was sealed with a big-time three-point shot by 38-year-old Jason Kidd.

The Mavericks are rolling on the road and seem to be riding a serious wave of confidence that has allowed them to parlay a Lakers sweep into walk into the Finals at home in Game 5.

The Thunder are a young team. Their leader, Kevin Durant, is 22. We can’t ignore immaturity was a factor in this devastating loss. They always say celebrations are reserved for after the game and I sensed Oklahoma City relaxed and paid a serious price that has made winning this series extremely difficult.

Although the Thunder destroyed the Mavericks on the glass, they gave that advantage back with 26 turnovers and shooting a terrible 2 for 13 from three-point range.

Some blame has to be put on the coaching staff as well. Scott Brooks’s offense broke down and had no answers for the Mavericks’ double-teaming Durant, thus putting his star in a precarious position to score. 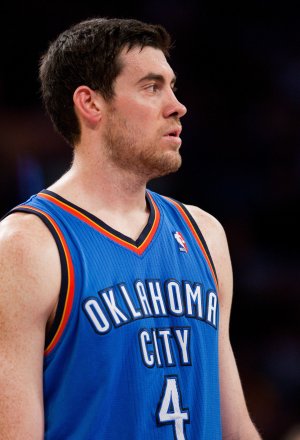 The fact that Brooks refuses to switch the two-man game against Nowitzki baffles me. The key with Dirk is where he catches the ball. If you switch, it puts a bigger player on Jason Terry, but it also forces Terry to lob a pass to Dirk, which allows the help defense to stabilize and also force Nowitzki to catch the ball further out than he does now. Yes, he will have a height advantage, but he can’t put it on the floor consistently against the smaller defender.

It’s obvious Collison is working extremely hard, but Nowitzki can dribble and maneuver against him, which puts Collison on an island.

Message to Brooks: Try something different, like the Mavericks have done to you with their “Durant will not beat us unless he does it with three Mavericks around him” attitude.

Oklahoma City must realize that staying at home on other Mavericks and sending a message to Dirk that you will have to beat us is not working. Kidd makes sure others get shots despite that fact! The Thunder will not win if they continue to refuse to get the ball out of Nowitzki’s hands with double teams and switches. Thabo Sefolosha can guard Dirk for 10 seconds after a switch and if Brooks refuses to abide with that change, the Mavericks will probably get another eight-day vacation on their way to the Finals.