For Shaq, life was first

For Shaq, life was first 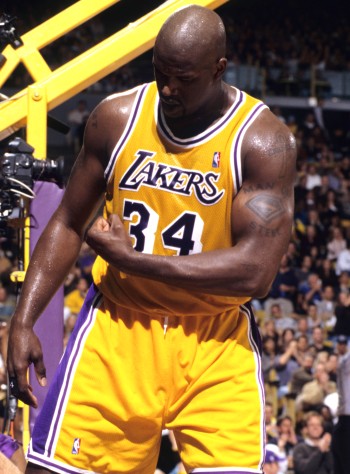 “Do you wanna see the movie I made? It’s called, Knocked The Fuck Out.”

I was 23-years-old when Shaquille O’Neal asked me that question. I was a recent hire for the new business venture he and his then-agent Leonard Armato had taken on at the time. Rather than sign with one of the major American shoe and apparel companies, Shaq had decided to create his very own signature shoe line. The year was 1999 and we were in the middle of the Internet boom. Flush with venture capital money from Silicon Valley, Shaq and his agent had hoped to start a brand that would flourish on the Internet, bypassing the usual retail channels.

I was hired on as a copywriter because I came cheap, wrote for SLAM Magazine and didn’t mess up my face-to-face interview with Armato and his consigliere, agent Bruce Binkow. For one of my first assignments, I headed out to Shaq’s spacious crib in Mulholland Estates with several of the designers. While they showed him new product, I was to document their exchanges and piece together any content we could generate from the big man.

When I arrived with the team (many of the guys I was with knew Shaq well. Some had worked with him when he was an endorser for Reebok), Shaq was wrapping up a big lunch prepared by his chef. He grabbed a huge plate of food and started taking it toward a massive Rottweiler named Thor. “He loves table food,” Shaq said, smiling big at his pup as he placed the plate on the floor. The designers started a private discussion with Shaq and I stepped into the living room to give them some privacy. I was nervous. A year earlier, I was a college student getting paid $8 per story at my college newspaper and now I was sitting in Shaq’s home.

The big fella emerged a few minutes later, walking right to me and sitting down.

“Do you wanna see the movie I made? It’s called, Knocked The Fuck Out.”

We walked up the stairs – Shaq had an Avid editing suite in the middle of his master bedroom. There were hundreds of movies on the shelves. He was really excited to show me his movie and I had no clue what to expect. The short film was basically a bunch of clips cut from various fights: bum fights, street fights, etc. He had all kinds of weird videos that featured underground street brawls. He edited the biggest blows over music with some scenes in slow motion. A looked over at him a few times during the screening and he was laughing hysterically. He thought his film was the funniest thing ever.

And with me, he was doing what he always did: make complete strangers feel comfortable through laughter. He was the best at that because he wanted everyone he met to feel like they had the most incredible experience with him – he knew that each person would tell their Shaq story over and over for decades. And he wanted those stories to be damn good. 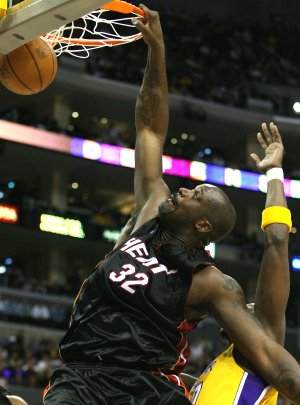 Shaq was doing the LeBron-LRMR thing in the 90’s. When he made the move to Los Angeles, he had his team in place. There were his agents, Armato and Binkow, who planned to make him the biggest star in town. Mike Parris, who he called Uncle Mike, was his business partner and his No. 1 confidant. Parris ran Shaq’s business operations through a company called Mine O Mine. He had two constant companions, cousins Kenny and Andre, who also looked out for him and were involved in many aspects of his businesses. He had an assistant named Cynthia, a woman who would send Shaq clothes that actually fit his body before he made it big. Shaq never forgot the gesture and hired her when he became a pro. He had a driver he called “Bucky” and his chef, Thomas, lived in his home – both were white and that was not by accident. Shaq thought it was hilarious.

I remember Thomas once telling him to lay off the bread because the season was coming up and he needed to lose weight. Shaq laughed and then demanded his bread.

He was extremely loyal and committed to everyone around him. I never heard his friends ever call him Shaq – everyone called him “Big.” He knew deep down that basketball was going to give him everything he wanted, but he was smart enough to realize that it was a temporary existence.

His retirement via Twitter was not surprising. It was time. Shaq was never going to be that guy with the tears in a retirement presser surrounded by scribes. Everything he did in the League was on his own terms. While he was in L.A., he used a nameplate on his locker with an acronym: IDGAF. It stood for: “I don’t give a fuck.” It was a testament to his fight to do things on his own terms. That’s why we got those great quotes over the years. He wanted the laughs, but it was a rock star thing. He wanted to drop quotes that would ring out for years. F-bombs on national TV, calling the Sacramento Kings “Queens” in the middle of a heated rivalry and lashing out against Jerry Colangelo and David Stern for allowing the NBA to play zone to stop his domination. His relationship with Kobe Bryant will be examined for decades. The only thing those two had in common was the fact that they played on the same team – they had two completely different outlooks on life.

It will be interesting to see how Kobe leaves the game when his time is up. 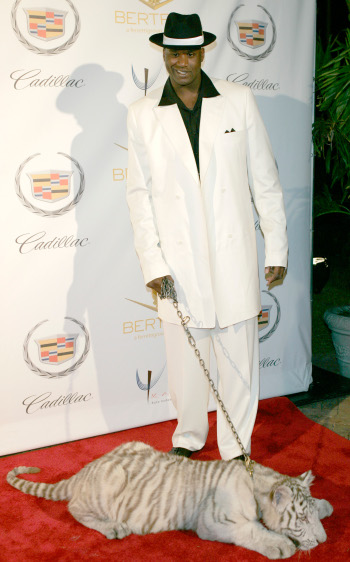 Now that he is gone from the game, the discussion on his legacy begins. It’s hard to predict what an athlete’s legacy will be 20 years from now. There will certainly be various takes on the subject. While he will be praised by many, there will also be the claims that he was lazy late in his career and that he didn’t care about the game enough.

Some will say he should have won more titles and been a better free-throw shooter. That is all fair. Shaq was born to play the beautiful game of basketball and he loved the game but it didn’t consume every second of his life and that is for good reason. Leaving the game of basketball is difficult for the great ones. Nothing will ever fill that void. Imagine training your entire life for a career and having to give that up at age 39, when you might have half of your life to live. Transferring that same passion into a new world can become a major burden. Shaq wasn’t going to be one of those dudes. As much as he loved it, he knew basketball was simply a game. He was the biggest kid in the world, earning a King’s ransom playing a kid’s game. He never lost sight of that. You can’t fault him for choosing to enjoy life more.

He lived by a Hunter S. Thompson mantra, “A day without fun is a day that eats shit.” And in the long run, that is what will set him free in the next chapter of his life. Nobody has ever done it his way. He had more fun than anyone who ever stepped on 94 feet of pristine hardwood and still ended up being one of the most dominant players in the history of the league. How many other greats can say the same?

After Dunk.net folded in 2001, Shaq went on to start another signature shoe line, but this time the focus was on children. He developed an affordable shoe with his own logo that has been sold through Walmart. He apparently pockets a nice royalty on every shoe that is sold. There is a famous tale about the time Shaq visited Nike headquarters when his first deal with Reebok ended in the 90’s. He supposedly went there decked out in his Reebok gear. Nike took it as a slight and didn’t end up signing him. They are probably very proud of that. But so is Shaq. It was pure IDGAF.

I’ve seen Shaq a few times since the Dunk.net days. He doesn’t remember my name but each time I saw him, he took a long stare at my face and gave me a nod. Shaq had a saying that he was very proud of. He might not remember your name, “But I never forget a face,” he would say. “Never.”

And I will never forget his. Cheers, Big. Thank you for inspiring me to have as much fun as possible, every single day. I’ll always be grateful.