Why the Mavs won

Why the Mavs won 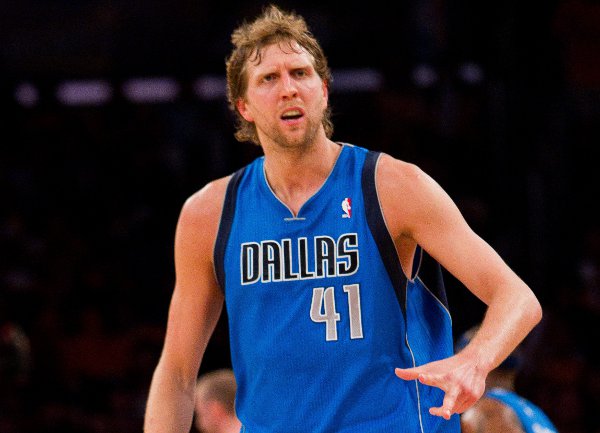 Before the season, guard Jason Terry made sure there was a photo of the Larry O’Brien trophy above the locker of each Dallas player.

Make room for the real one.

The Mavericks on Sunday defeated Miami 105-95 to win their first NBA title and complete a 4-2 series win. And they can thank Terry.

Terry was paranormal at the start of the series, resulting in Dallas star forward Dirk Nowitzki needing to call for a team of bloodhounds for Terry’s game to be found. It was located before Nowitzki’s game showed signs of slippage.

After averaging 14.3 points in the first three games, Terry averaged 21.7 in the final three. That included 27 in Sunday’s clincher, a night in which Nowitzki shot just 9-of-27 for his 21 points.

Obviously, the Mavericks wouldn’t have won the crown without Nowitzki. But he needed help. And it arrived just in time Dallas to win the final three games of the series after falling behind 2-1.

The Mavericks, who redeemed their devastating 2006 Finals loss to Miami, wouldn’t even have been playing Sunday had it not been for Nowitzki. En route to winning Finals MVP, he averaged 26 points in the series, and his Game 6 struggles eventually will be forgotten due to Dallas having won.

Let’s just say Nowitzki, who started out shooting 4-of-21 before finishing 5-of-6, was conjuring up memories of Kobe Bryant. Bryant shot just 6-of-24 in Game 7 of last June’s Finals, but the Lakers still won as Bryant earned his fifth ring. 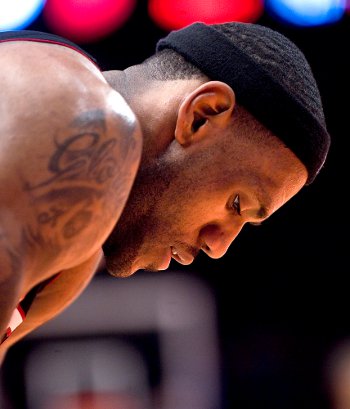 What won’t be forgotten soon is the Finals’ showing of Heat forward LeBron James. He averaged a pedestrian 17.8 points, shot poorly from three-point range and was so lost in fourth quarters that even bloodhounds couldn’t find him.

In the first five games of the Finals, James averaged a meager 2.2 points in fourth quarters. He got seven in Sunday’s fourth, but it hardly mattered in a quarter in which the Heat never was closer than five points.

But give some credit to the Mavericks’ defense in slowing down James. They ran bodies at him throughout the entire series, forcing him to settle for jump shots that often chipped paint off the rim.

The bashing of James, still ringless in eight NBA seasons, will continue for at least another year. But it will cease for Nowitzki, who finally is getting some dressing for his finger in his 13th season.

For the past five years, Nowitzki has had to live with the failure of Dallas’ meltdown against Miami in the 2006 Finals. Up 2-0 and with a 13-point lead in the fourth quarter of Game 3, the Mavericks collapsed and lost the last four games.

Nowitzki and Terry are the only players remaining from that team. Given a chance to redeem themselves, they sure did.

This was a different Dallas team than the one that fell apart five years ago. The Mavericks’ defense also contained fellow Heat stars Chris Bosh and Dwyane Wade, the guard who ripped their hearts out down the stretch in 2006 but didn’t do much Sunday, shooting 6-of-16 for 17 points.

The Mavericks were able to win this time thanks to having a gritty center in Tyson Chandler. The big man’s play became even more important when he had to log big minutes in the last four games of the Finals due to backup Brendan Haywood being hampered by a bad hip.

Barea hardly was the only one. Nowitzki, Terry, DeShawn Stevenson and Jason Kidd all were pivotal throughout the series from three-point range.

Terry saved his best for last. He drilled a trio of three-pointers in Sunday’s win.

Now, the Mavericks will be getting a real trophy.