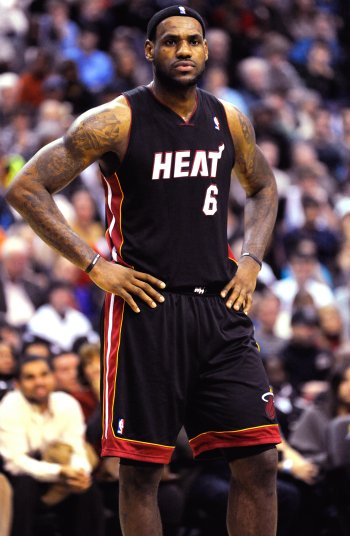 The Miami Heat lost the Finals, but if critics look in the mirror and are honest they should say they won as well.

Back in July, when The Decision came, most experts said three players would not win a championship alone. They were correct, but wrong at the same time. The teams they expected to win the title were nowhere in sight. Miami dispatched Celtics and Bulls in quick fashion, which surprised a lot of people. In that respect, the Heat exceeded expectations.

Despite the Finals meltdown, LeBron James had a tremendous run being the big-time closer against Boston and Chicago, which quieted the critics temporarily and made the Heat the favorite against Dallas.

Then Miami hit a major wall and backpedaled right out of the Finals looking weak and clueless.

Who was the blame and what needs to be fixed? I have five reasons why the Heat really had no chance to win a championship this season.

Dallas is the first team since the Rockets to win a title led by one superstar and a tremendous team concept. The Mavericks showed patience, trust, guile and belief that they would win despite the challenge they faced. It would have been impossible without two individuals – Dirk Nowitzki and Jason Kidd. Kidd defended extremely well against LeBron, Wade and Chalmers and controlled the tempo despite being 38. Dirk proved that he is one of five players in our league that have the four-pronged offensive gene. He can shoot the jumper from everywhere, he can post up, he can score off the dribble and he makes his free-throws.

(Kobe Bryant, Carmelo Anthony, Kevin Durant and Dwyane Wade are the others).

Unfortunately for the Blazers, Lakers, Thunder and the Heat, he caught fire like Michael Jordan. This was one of the best offensive playoff runs by one individual in the history of the game. We have no idea how difficult it is for a seven-footer to operate like a guard.

He just wore the Heat’s great defense down and when they started to gamble late in the series, the open shots for Jason Terry, DeShawn Stevenson and Kidd hit like daggers and it created spaces for Jose Juan Barea to slice up the interior.

They were quite possibly the only team that could have beaten the Heat and it’s because they were not afraid to go to a zone for prolonged periods. It worked.

Finally, the Mavericks exemplified “team”. It was more than the three superstars could handle. No one predicted this before the season and that’s what makes it extremely satisfying for Dallas and their fans.

I am lost for words in relation to the player I see as the best all-around player in basketball. I have seen numerous star players go down in flames in the Finals, including Dirk in 2006, but none that didn’t fight with the ferocity of a rat trapped in a corner. I personally can’t comprehend because I never met a shot I didn’t take regardless of the situation, but it was my job and that’s what kept me on the court. Just imagine Dirk not taking shots? Would he still be in the game? Probably not. He would be a poor man’s Tyson Chandler.

Therein lies the fatal flaw of LeBron James: He would still be on the floor and he knows it. He values passing and defense before scoring and it is an integral part of his team. The problem for James on this current Heat team is that translates to a negative because they needed all three stars to score 20-plus points to win consistently.

I have said this for numerous years and it still rings true… LeBron is not Jordan; he is Magic Johnson and always has been. The problem for LeBron is that he has never had a Byron Scott, Michael Cooper, Norm Nixon, Bob McAdoo or Mychal Thompson. Guys who took pressure off fellow stars Kareem Abdul-Jabbar and James Worthy. That made life simple for Magic because he had no pressure to score and was able to be free for big fourth-quarter offensive nights when needed without having to force the issue against defenses loading up on him. He was their leader and orchestrator and that is the definition of LeBron James, although many people think he is a big-time scorer like Dirk.

LeBron did not have those players in Cleveland and he didn’t have them this year in Miami. When he missed a few shots, he focused on passing the ball to teammates who were not comfortable or ready to fill a scoring role – and rightly so. It snowballed on him and seemingly wrecked his confidence to a point where his mind shut down and he refused to conquer his fears. He struggled mightily and looked like a fish out of water, especially in crunch time.

LeBron needs a post game and must improve on pull-up shots off of their two-man game offense. Also, he needs to encourage Pat Riley to get him some role players. Only then will we realize who LeBron really is. If not, even a triple-double like the one he got in Game 5 will be scrutinized. 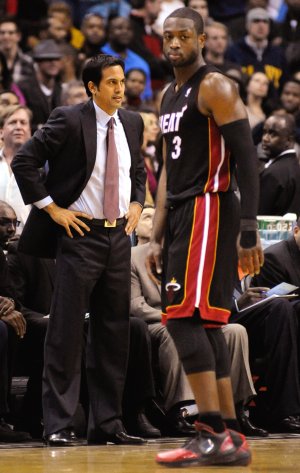 What bothered me about Spoelstra was his typical rant after every game about how this was a grind. That is a Pat Riley quote. It was only a grind because you made it one. Riley’s teams since Showtime have always been a boring methodical grind and Spoelstra has followed suit. Every game in these Finals went to the fourth quarter and it was because the Heat refused to speed the game up despite being the younger and faster squad. In my estimation, Spoelstra played right into the older Mavericks’ hands by playing a half-court game and allowing Dallas to gamble on Dirk dominating offensively and setting up their bothersome zone defensively.

How many possessions did the Heat start their offense with less than 15 seconds on the shot clock? It was obvious what the Mavericks were doing. They pressured Chalmers and James to take time off the clock bringing the ball up and then fell into a zone or trapped James off the two-man game, thus forcing tough outside shots.

I also didn’t understand why he did not incorporate a play where LeBron and Wade started below the free-throw line, forcing the Mavericks to only have two sets of eyes on them instead of five.

The Mavericks loaded up defensively and refused to allow James and Wade to live in the painted area. That was huge in crunch time.

I made mention of the Heat not having big-time role players, but they did have two players who are zone busters in Eddie House and James Jones. Jones never got a chance and House, who played a huge role in Boston’s championship run, showed in Game 6 how brave he is in taking big shots. Mike Miller was their other major investment and it goes to show that Riley should have not listened to James and Udonis Haslem when it came to recruiting Miller. Miller is a talent that stays hurt and never hits big shots. If Jones was healthy, he should have gotten a chance.

Finally, I felt Spoelstra didn’t do enough to take pressure off LeBron. I thought he played him too many minutes and waited till the sixth game to finally get him moving off the ball, which looked productive early. Then he rarely ran the play the rest of the game.

I can’t imagine how tough it is to coach two first-ballot Hall of Famers like James and Wade, but you have to challenge them within the game with a few verbal rants. Who cares if they get mad? James needed to be chastised for lack of aggression and Wade needed to be chided for losing players defensively and giving up wide-open shots.

I think Wade is a tremendous player, but he has a number of blemishes that critics ignore because if they point them out it puts LeBron in a better light. Wade has a tendency to cruise and usually it’s in transition and half-court defense. Why does LeBron have to guard Rajon Rondo, Derrick Rose, Jason Terry and Jose Juan Barea? James is 6-foot-8 and weighs 270 pounds. He also has the responsibility of running an offense and scoring 25-plus points.

Wade is a tremendous offensive player and he stepped up big time in the Finals, but his struggles defensively in transition and rotations allowed Stevenson, Terry and Kidd to get comfortable. Yes, he made some tremendous blocks and got a few steals but that didn’t make up for him not being trustworthy enough to chase Terry or Barea off screens, which may have allowed LeBron to guard Dirk. The Heat even tried to hide him on Shawn Marion, but he had trouble keeping him off the offensive glass.

Critics are so quick to shine the spotlight on LeBron that they didn’t even recognize the struggles Wade had defensively in the series.

Wade has to become a better on the ball defender next year against players his size. That would free LeBron to maybe shut down a frontcourt scorer and help on the boards.

I just see the Heat being a clone of Riley’s past Knicks and Heat teams. I had no problem with the grind-it-out style in regards to those rosters. They were older and slower teams, but this team is young and fast. I just can’t understand how you can win five championships with the Showtime Lakers and then become this control-the-tempo, methodical professor regardless of team personnel. The Showtime Lakers offense was their defense. Teams were deathly afraid to crash the offensive glass in fear of a Magic Johnson-led fast break.

Riley, you have Magic… LeBron is probably the fastest player from end to end for his size in the history of the league. Let him run. It is evident the kid is not a half-court player and neither is Wade. They struggle moving without the ball and they are rhythm shooters, meaning they need layups and dunks to fuel the confidence in their outside games.

Also, I know there is some sort of allegiance because James and Wade made the decision to join forces in Miami, but they should be approached with caution from having serious input on personnel decisions. They pushed for Mike Miller and he didn’t pan out when it was obvious he has been injury prone his entire career.

The Heat still had a tremendous season and they will still be considered the team to beat next year, but everything I mentioned above has to be corrected. Also they have to add shooters with size and versatility, a veteran point guard who can start and lead this group with confidence and a veteran big man. Eddie House and James Jones should always be around for insurance just in case the Mavericks come visiting again, which I see happening again in 2012.