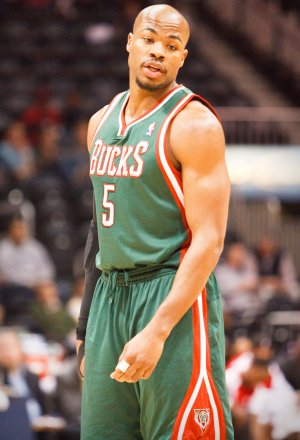 Even though there were no blockbuster trades on draft day, several significant NBA players now have different addresses. The focus here is the impact these veterans will have on their new teams. That’s because the draft is an inexact science and nearly every pick is a crapshoot.

When he first came into the league, Maggette played hard at both ends of the court. He ran, defended, and looked to attack the rim. These days he’s mainly interested in the last category. Maggette does have a knack for relentlessly driving-twisting-spinning his way to the basket and drawing contact, which is why he also spends lots of time at the stripe. He’s extremely creative off the bounce, is an okay short-range shooter, but is erratic from beyond the arc. For him to be effective, Maggette needs plenty of space and ball-time.

Because of his defensive liabilities and his penchant for recording more turnovers than assists, Maggette is best suited to come off the bench. All told, Maggette is the kind of player who keeps both teams in the game. In other words, Maggette is a perfect fit for a chronically mediocre ball club.

This guy can flat out score from both near and far and isn’t afraid to take critical shots. True, he mostly has eyes only for the basket, but he’s also an alert passer who takes good care of the rock. While he’s an explosive point-maker, Salmons does have a tendency to be missing in action. His barely satisfactory is augmented by his veteran savvy and anticipation.

However, Salmons is another guy who’d rather wait for the ball to come to him than execute off-ball dives and cuts. The less he plays, the better he plays. 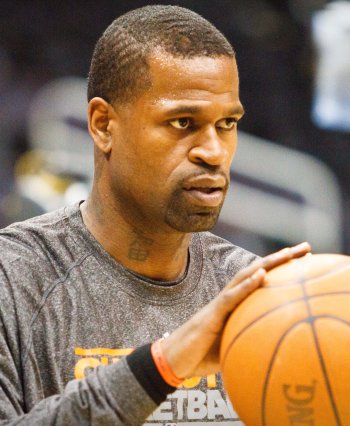 One of the fastest guns in the league, Jackson can’t differentiate between a good shot and a bad one. But when he’s off on one of his occasional hot streaks, Jackson can carry an offense all by himself. His handle is questionable and he plays defense only when he’s in the mood.

The latest word is that he’s unhappy with the deal, but Jackson always seems to be unhappy. Which goes a long way to explain why the Bucks will be Jackson’s seventh team in his eleventh season.

Give him credit for making it back into the league after his knee exploded four years ago. But he’s lost the warp-speed that made him an excellent defender and finisher.

He never was a quality jump shooter and whenever Livingston sinks a three-ball nobody is more surprised than he is. The faster the game, the better he plays, but he’s still unworthy of more than 15 minutes of daylight per game.

He’s slow, defenseless, and has trouble handling under heavy pressure, but Udrih is a lefty trickster who can shoot and create his own shots. He can play the point against guys as slow as he is, but is most effective at the shooting guard slot, especially when paired with a super-quick drive-and-dish triggerman. As such, playing alongside Brandon Jennings for 15-20 minutes per game could very well be a profitable situation for the Bucks – as long as they have a quick-footed, shot-blocking big man behind them to erase their mistakes. If Andrew Bogut were a step quicker, the Jennings-Udrih parlay could have more chances to operate.

He can pass and hit mid-range shots. Period. Miller, who will be injured for most of the season, isn’t nearly as tough as he appears, is helpless on defense, can only dribble in a straight line, and his lack of athleticism is source of amusement for his peers. His righteous role is being the fifth man in a four-man frontcourt rotation.

Someday this young man will learn how to play the point. But probably not. Too bad he’s too short and can’t shoot well enough to play shooting guard. What will the Rockets do with him? Keep him on the bench and hope injuries to other guys don’t require him to play meaningful minutes.

Since he’s agreed to backup and tutor Ty Lawson, Miller will be a valuable addition. He knows how to run a halfcourt offense, is stronger than he looks, and can bang-turn-and-shoot over most opponents. Miller’s long-distance dialing rarely connects, and he’s not much of a defender. However, his lack of defense will scarcely be noted since so many of his new teammates have the same flaw.

If Miller’s head is into teaching Lawson, then his presence will be a huge plus.

This dude is tough enough. While he’s neither a speedster nor a terrific finisher, he can pull-and-shoot from anywhere, and he’s always been an accurate and a willing passer. During his partial season in New York, Felton also mastered the art of playing screen/roll basketball. Defense is a weakness, but Felton is a winner. 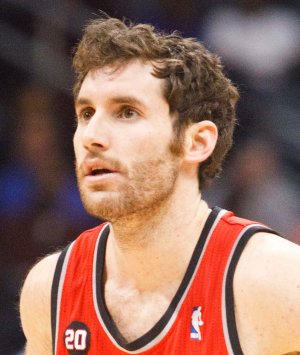 A great fit with the Mavericks. Fernandez plays with wonderful intensity, is a streaky three-point shooter, and loves to run, run, and keep on running. For sure, he makes more than his share of mistakes – bad shots, bad decisions on defense, risky passes – but Fernandez can also be a game changer.

Say what? Tony Parker was supposed to take his pessimistic attitude and his fragile body parts elsewhere, and Hill was always promoted as TP’s successor. Hill is young, versatile, disciplined, a dependable shooter from both sides of the arc, and cool in the clutch. Plus, he always laughs at Pop’s jokes.

Why, then, was Hill banished to Indiana?

Do the Spurs believe that Kawhi Leonard is destined to be a superstar? Or do they have plans to fill Hill’s role with a free agent signing or another trade?

In any event, Hill will enable the Pacers to climb to the next level.

Unfortunately, we’ll probably have to wait too long to see who does what for whom.