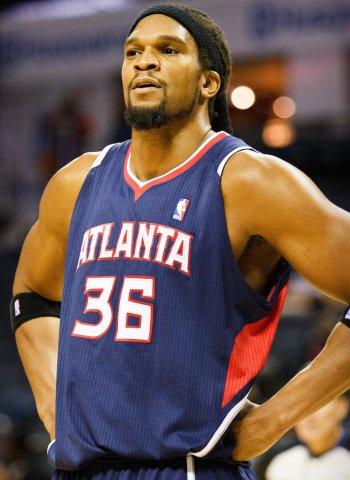 My son Malcolm is almost six years old and about two years ago he had a project in school where his assignment was to write a list of what he wanted for Christmas. As soon as he got home, he handed this list to me with a big smile on his face. This list included a helicopter, a rocket ship, his very own Aang (like in Avatar: The Last Airbender) and a horse. Although I appreciated his imagination, I explained to him that those things were simply unrealistic, and when he is ready to make a real list, then we can talk.

In a similar manner, the NBA presented the Players Association with a proposal that appeared to be more like a Christmas List to Santa Claus than the start of an actual negotiation. The NBA expressed desires of a new imposed hard cap, removal of all guaranteed contracts, drastic economic concessions and a guaranteed profit for each team. They wanted to ensure that no matter what poor business decisions individual teams make (economic, personnel, etcetera) they all can expect guaranteed profits.

Greed should not be the determining factor that takes an entire season, or possibly more, away from the fans. They deserve better than that.

Let me be clear: The players want to get this resolved, and have made every effort to compromise, even in the face of an unrealistic wish list.

The Players Association and the NBA have continued to talk in an attempt to reach some common ground, but our efforts have been thus far unsuccessful. While I appreciate the NBA taking the time to meet with the Players Association repeatedly and give, as David Stern called it, “virtually the best shot we think we have to avoid a work stoppage,” I have to respectfully take issue with the their approach.

Last Tuesday, David Stern felt it appropriate to reveal detailed information about the league’s salary cap proposal and as a result I feel the need to put it all in perspective just so everyone has a clear understanding of what is going on without the Fox News-type spin.

In an effort to salvage the season, the NBPA presented the NBA with a proposal to address some of their needs. We tried to directly address the economic woes that the league has reported by coming to the very difficult decision of a massive financial giveback. This would consist of the players relinquishing $500 million in salary over five years by reducing our share of guaranteed revenues from 57 percent to 54.3 percent.

Keep in mind that this offer is coming on the heels of a historic season where league-wide revenue soared to an all-time high $4.3 billion, where the NBA delivered a record television audience for its network partners and brought higher than anticipated gate revenue.

A season where the league drew 21.3 million fans and the fifth-highest attendance in NBA history. Knowing these accomplishments and hearing the NBA’s unreasonable wish list, the Players Association still attempted to create a resolution by making a sizable economic concession to offset the NBA’s claim of financial losses. Surprisingly, our offer was characterized by commissioner David Stern simply as modest. They wanted more.

Knowing a hard cap was one of the many items on the NBA’s wish list that was vehemently rejected by the Players Association, they came up with a new idea. The NBA said that they would back off their desire for non-guaranteed contracts, but wanted to introduce a new system. 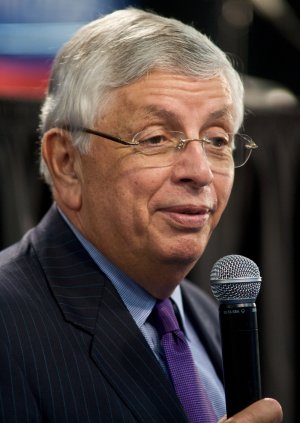 According to an article by the Associated Press, David Stern said the league had proposed a “flex cap” in which teams would target a uniform dollar amount to spend, but would still be permitted to exceed it up to an unspecified level.

According to Stern, teams would be targeted to spend approximately $62 million, with the option to spend above through certain exceptions before reaching a limit they could not exceed.

There is a saying that you can pour syrup on anything but that doesn’t make it pancakes.

Changing the language in how a hard cap is defined does not change it from in fact being a hard cap. The term “flex cap” may sound nice, but at the end of the day it’s still a hard cap.

The NBA’s “concession” of backing off their desire for non-guaranteed contracts, but implementing a hard cap system is fool’s gold. It absolutely does us no good. There would still be roll backs. Each contract would have to conform to a hard cap system, meaning they could be reduced by as much as a third depending on the actual hard number agreed upon. It would cut out the middle class completely. Two guys may be able to obtain an actual contract while it will be difficult for the rest of the team to get guaranteed deals, etcetera, etcetera.

This cannot be a starting point for us. They have in essence tried to insult our intelligence by making us think that something they have “given us” is a slam dunk when in reality its very far from progress. Again, it’s fool’s gold. Not to mention the fact that we already have guaranteed contracts as well as a soft cap system. They have put two non-starters for us on the table and tried to begin negotiating from that standpoint.

We might as well had told them that we’re going to back off our desire of having no salary cap (which has proven to work in baseball no matter what they say) and wait for their “response” and see what they were willing to give back to us in exchange for the gracious concession we just made for them. They are trying to bamboozle us and really it’s insulting. It was a nice try but we’re a lot smarter than they give us credit for.

Against our better judgement, and in an effort to save the next NBA season, which is in danger of being completely lost, we began negotiating from their fictional and ridiculous proposal of non-guarantees, hard cap, shorter years, drastic giveback, adjustment of BRI and guaranteed profits. We attempted to address some of their concerns without drastically dismantling our entire system. A more sensible approach would have been for the NBA to begin negotiations with the system we currently have and begin making additions, adjustments, etcetera, that work in the best interest of both parties.

We entertained their fantasy and they not only discounted and rejected our efforts, but they spit at our concessions and await for us to make another offer to them?

To quote Billy Hunter, “we’ve had guaranteed contracts for 40 years, so it’s almost like somebody walks into your house and they take something that belongs to you, and then they want to sell it back. And you say, ‘It was mine from the get-go, so why should I pay for it? And I didn’t authorize you to take it, and I never said it was available for you to take or use or abuse.”

It is for this reason that the players collectively reject their proposal and are prepared for a lockout for whatever duration it takes in order to reach a deal that is fair. The players can’t take on the burden of saving teams from themselves. If NBA teams have made bad decisions that were detrimental to their overall profit, success and productivity, then those are issues to be taken up with GMs, presidents and the rest of the powers that be. It is up to each NBA CEO to conduct his business in a way that will be advantageous to him and his franchise as a whole.

But make no mistake, to play in the NBA is a blessing. We all appreciate and value this opportunity and have the utmost respect for the game.

Which is why we feel an obligation to avoid turning our backs on the future generations as well as the younger players in this league. We know our history. We are fully aware of the fact that the players before us laid a foundation that we have a responsibility to cherish and preserve. Players like Michael Jordan, Dr. J, Kareem Abdul-Jabbar, Pete Maravich, Bob Lanier, Nate Archibald, Moses Malone, Magic Johnson, Bill Russell, Bob Cousy, Larry Bird, all the former players who were prepared to boycott the 1964 All-Star Game in an effort to be recognized as a union and negotiate their rights, such as Jerry West, Wilt Chamberlain, Oscar Robertson, Elgin Baylor, Lenny Wilkens, Hal Greer, Chet Walker, Bob Pettit, Walt Bellamy, Tom Heinsohn… They all paved the way and fought for this league to reach the level it is now, and we respect that. We cannot take all of their hard work and throw it down the drain.

As NBPA president Derek Fisher said in Friday’s meeting where 50 players from around the league collectively stood with our “Stand” shirts on in front of David Stern and the CEOs of the NBA, “we will not accept a bad deal that is not fair to our players. We’d love to avoid a lockout, but we are unified in the sense of not being afraid if that’s what we’re faced with.”

You can read more on Etan Thomas at etanthomas.com.