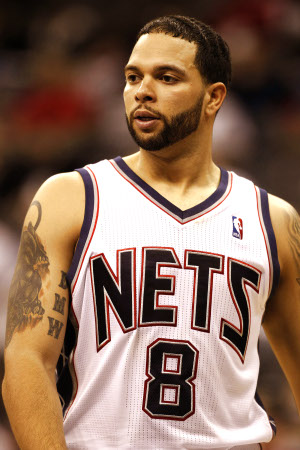 Horror stories about about teams not honoring contracts and players leaving clubs without the compensation that it was once agreed to are very common.

Oddly enough, Besiktas, the team that signed Allen Iverson last season and has now committed to give All-Star guard Deron Williams $5 million for a year in the event of a long lockout, is also one of the big-name European clubs with worse backgrounds in these matters.

“Besiktas is the most fucked up team when it comes to this thing,” a Turkish player that requested anonymity told HoopsHype. “They are supposed to be one of the best teams in Turkey and the last few years even though they had the best players, they didn’t win because the players were mentally messed up (for not getting paid).”

It’s a pattern with this club, according to Turkish basketball journalist Mete Aktas.

“Besiktas’ basketball branch always had problems when it comes to payments to players,” Aktas said. “I can’t remember a single season for the past 3-4 years that the players’ wages are paid on time and fully. There were several occasions last season and in 2009-10 where some of the players skipped practices and boycotted the team management. In the summer of 2010, the management prohibited three players who were under contract at the time to enter training facilities. Why? Because they had submitted an official protest note to the club to pay them their delayed payments. And currently Besiktas is trying to waive three players who are currently under contract for the 2011-12 season. Since the players don’t want to be waived, the management is trying to indimidate and daunt them by forcing the players to train three times a day… during the summer!”

Anyway, Deron Williams probably will not have to worry about getting paid in time if he finally joins Besiktas. It’s his future teammates that have to be concerned.

“Deron is going to get all his money, no doubt about it. He’s going to get a great apartment, a luxury car with a driver and security officers,” the Turkish player said. “He’s going to come to practice all happy and the rest of the guys are going to be late on their payments three or four months. It’s going to be the same story all over again.

“I’m sure Deron is going to get all the money, but the people that are going to pay the price are the Turkish guys and second-rate foreign players. A lot of these guys have had to go to court or FIBA to get their money.”

Agent Brad Ames of Priority Sports experienced some of these problems with Besiktas last season with his client Lonny Baxter, a four-year NBA veteran.

“He was getting paid consistently late the first half of the season and then he just wasn’t paid at all,” according to Ames.

Priority Sports had to take the issue to FIBA arbitration and ended up winning the case. Ames said it was just one of 8-10 times they had to take this measure.

“If we advised all our players not to sign with teams that we had problems with, we wouldn’t have any players in Europe,” Ames said. “You just have to take precautions.”

Besiktas, who plays at a small arena where Team USA used to practice last year during the World Champioship, fields teams in many other sports aside from basketball – including soccer, volleyball, handball, table tennis and even chess. The basketball branch has no sponsor for next season right now as its deal with Cola Turka came to an end in June.

This should not affect Williams. Besiktas head coach Ergin Ataman said last week the money for the contract of the Nets guard will come from “a special sponsor.” For the rest of the players on the team, trouble looms ahead.