Greece is a non-starter

Greece is a non-starter 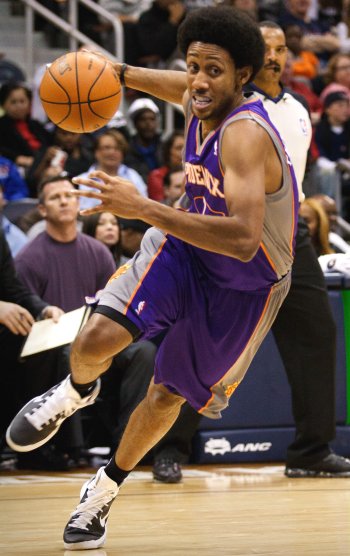 Three years ago, the Atlanta Hawks’ free agent Josh Childress became the first legitimate, American-born NBA player in the prime of his career to play overseas, signing with Greek powerhouse Olympiakos. It was a three-year deal. Childress lasted two, one of which was quasi-enjoyable.

If the signing was supposed to be a watershed moment in basketball history, it quickly became a footnote. No one followed in Childress’ footsteps, unless you count Linas Kleiza, who left Denver, signed in Greece, stayed a year, terminated his contract, and came back to the NBA with Toronto. But Greece has had its share of allure for some NBA players; as far back as 1995, Greece lured Dominique Wilkins away from the Celtics (who were not unhappy to see him go) during a locked-out summer.

Now, as NBA players start to consider European alternatives for 2011-12 because of another work stoppage, one country has stepped to the head of the line – and it is not the country that once led the way. Turkey, not Greece, is making the tantalizing offers, one of which has been accepted by the Nets’ Deron Williams.

Greece? You’ll find legitimate NBA players considering Somalia before they entertain offers from the only two teams in Greece that can be players in the game: Olympiakos and Panathinaikos. Those two teams were a combined 57-5 in league play last season. The third place team was 16-10.

“It’s ironic,’’ says agent Marc Cornstein of Pinnacle Hoops, who has extensive experience placing players in Europe. “(Olympiakos and Panathinaikos) were in the forefront with Childress and Kleiza. They were very aggressive in the past. But they are lagging because of the economic climate over there. It’s very quiet.”

Has Cornstein heard anything about either Greek team making approaches to NBA players?

Greece’s volatile and tumultuous economic climate certainly militates against signing a big-name player. As Cornstein put it, “you would have to be very, very cautious about sending a player there right now, and not even from a basketball standpoint. Look at their economy. That has an impact on all industries, including basketball.”

It’s also not as financially advantageous. The pro basketball players in Greece used to be taxed at a flat, 20 percent. Now, they are taxed the same as all Greek citizens and, for any highly-paid player, that means the tax would likely be 45 percent.

The families that own Panathinaikos and Olympiakos went so far as to announce that they were going to severely cut back on existing contracts. (A guaranteed contract over there is a different from an NBA guaranteed contract. For example, teams can legally delay player payments for up to 2 months and 29 days. At that point, a player cannot take the matter to court. He has to go to an arbitration committee.)

The announcement didn’t sit well with at least three players on the two teams. Antonis Fotsis, long a stalwart in Greek basketball, and Drew Nicholas, a former star at Maryland, both left Panathinaikos, and signed with Armani Jeans Milano. Fotsis’ Greece-based agent, Tassos Delibaltadakis, did not respond to an e-mail query about his client’s latest move.

Additionally, rugged Olympiakos big man Ioannis Bourousis also left for Armani Jeans Milano. Bourousis turned down a contract offer from the San Antonio Spurs a couple years ago. The Spurs’ coach, Gregg Popovich, likened the Greek’s style and manner of play to Vlade Divac. (Bourousis’ Olympiakos teammate, former NBA center Rasho Nesterovic, just had his contract terminated, although the club insisted it wants to re-sign him to a less-lucrative deal.)

There were recent rumors that both teams were for sale, although they may have been planted by the teams themselves as a ploy to get salary reductions. The general consensus in Athens is that either team could go if the price was right.

Childress generally appreciated the overall Greek experience his first year; he went to Stanford so he was no rube. But it degenerated from there. In his last game, he experienced what may well have been one of the most brutal examples of fan violence, with people throwing flares and faucets. He did not live up to the enormous expectations brought on by his contract and the attendant pressures. (In fairness, Childress is not that kind of impact player. He is a role player, which made the signing that more puzzling. Olympiakos was not disappointed he left.)

Childress himself, in an interview with ESPN’s Ric Bucher, said the experience was far from glamorous from a basketball perspective, from long bus rides to military-style practices to the constant worry about getting paid.

“Whatever offer you get, there’s no guarantee you’ll actually get the money,’’ he told Bucher. “If a guy isn’t playing well, or a team is out of the playoffs, they’ll just stop paying you. I know tons and tons of players who just walked away because they didn’t want to go through the hassle.”

That pretty much describes the situation in Greece these days. Teams cutting back. Contract players leaving the country. And no legitimate NBA star even remotely thinking about playing there during the lockout.

That may also be due to one other obstacle. The coaches of Panathinaikos and Olympiakos have already made it clear they don’t want any NBA player who isn’t willing to stay an entire season.

So Josh Childress may not have just been a pioneer. He may also have been a relic. 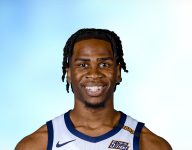