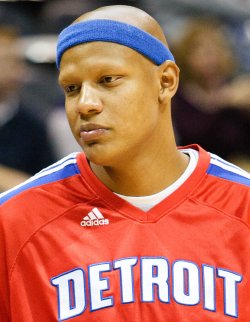 Like many other NBA players before, Pistons forward Charlie Villanueva says he will also contemplate the possibility of playing abroad. But with him, it will not be China or Europe.

“One hundred percent, basketball is my passion. If the lockout continues, it won’t stop me from doing what I love to do. Overseas is a possibility for sure.”

Villanueva, the son of Dominican inmigrants, played for the National Team in 2009 and 2010, leading the squad in scoring both times. Although the country is deep in talent, the domestic league, which should come to an end in late September, features little star power. The money is not very good and playing conditions can be difficult.

“I love my country but the conditions of the court yesterday were terrible,” Villanueva tweeted last year while in the Dominican Republic. “They had to put Coca-Cola on the floor so it (wouldn’t) be as slippery.”