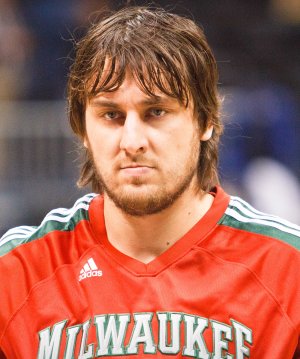 Bucks center Andrew Bogut is spending the summer in Croatia, recovering from surgery and getting some down time after a frustrating year in Milwaukee. The Australian big man talked with HoopsHype about the problems of the team last season, the lockout, his elbow, Brandon Jennings and much more.

Do you go back to Croatia every summer?

So you don’t spend a lot of time in Australia.

AB: During the offseason, I spent like two and a half to three months in Australia and the rest in Croatia. It all depends on the National Team, if we have Olympics and all that.

AB: Back in the day, during the World War, there were a lot of immigrants from the former Yugoslavia that went to Canada, Australia and America… It was very easy getting into Australia as an immigrant. It was a new country that was very appealing to a lot of people. That’s how my grandparents came. And a lot of people like to go back to Croatia. It’s very relaxed. The summer time here is a lot like in Spain, where you have the cafes and people kind of take their time with things. It’s a little slow if you need to get things done, but on the other hand it’s very relaxing. You can really get some good down time and relax your mind and body. Especially for me, playing in the NBA, a lot of things are quick, quick, quick… Here it’s more relaxed.

Was there ever a question for you about whether to play for Australia or Croatia?

AB: Not really. I’ve been playing for Australia since the Junior World Championships (of 2003). I almost signed with Cibona when I was 16 and I was going to come over to Croatia to play, but ended up making the team of the Australian Institute of Sport and stayed.

What happened to the chemistry of your team last season?

AB: I’m not sure. I wouldn’t blame one person specifically for that. After the success we had a couple of years ago, I think we made a lot of changes. Maybe too many. Some of them, we had to make for financial reasons and some others we made because they were appealing on paper. It’s nothing against those players that came in, but the chemistry of the team obviously wasn’t strong this year for whatever the reason and that’s why we had a bad season. This year, we also had a lot of injuries. Me, Drew Gooden, Carlos Delfino had problems with concussions… At some point we had three or four starters that had problems with injuries. Injuries played a big part. That was the biggest problem that we had.

Playing for a team in a small market that has trouble landing stars, what are your thoughts on the Superteam trend?

AB: I think it makes the league more appealing when you have a lot of stars on one team. But on the other side, it’s going to hurt small-market teams like Milwaukee or Cleveland or Memphis. You have to be very careful with that. If every player, when he’s at the end of his contract, says, ‘Hey, I want to go to Los Angeles or New York or Miami’, where does that lead small teams? It’s very hard for them to land big-star players. 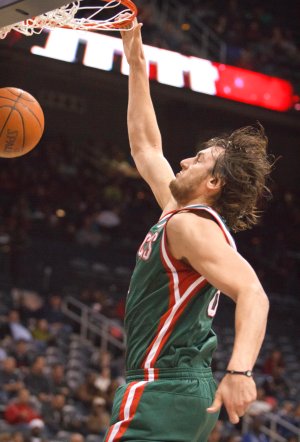 So do you think the owners have a point in that the CBA may need changes to give small-market teams a better chance to compete?

AB: I think so. I agree with the revenue sharing, but not with the hard cap because that’s going to hurt everybody.

AB: It’s good. It’s much better. I had to get surgery again at the start of April. The Bucks told me to stop playing and have surgery. It’s not totally pain free, but it’s much, much better than last season. I’m training and shooting in the last month and I’m very happy with where I’m now, but there’s still much more to do.

Could the lockout be a good thing for you in a way since you’ll have more time to recover if the season starts late?

AB: Definitely a plus. I will have more down time to do more weights and more rehab. It’s a positive for me. With the lockout, you may end up losing some money. But on the positive side, it will allow me to be at 100 percent when the season starts.

How was the first day when you had lift weights following injury?

AB: Very hard, very hard. It was very painful and frustrating. Last season, I didn’t even shoot a basketball from the time of injury till the first day in camp. That was my first day shooting because I was in so much pain before. It definitely affected my game last season, but I tried to push through it and had a decent season. But every day was a fight.

There were some rumors about you getting traded to Minnesota in the days leading up to the draft. Do you have any comment on that?

AB: (Bucks GM) John Hammond called straight away when the report came out telling that it was false. I can only take their word for it, but I also understand the NBA is a business more than anything else and you have to remember you can be gone tomorrow.

AB: Yes, it’s really sad to see players leave. But yeah, I think it makes us a little bit better. Not just Jackson, but also Beno Udrih and Shaun Livingston can help us too. I think Jackson is a very fiery guy and a guy that will fight to get a win for his team. I’m definitely excited to play with Stephen and hopefully he can bring some leadership for the team, which is something that we need.

The Stephen Jackson-Scott Skiles relationship could be interesting, don’t you think?

How’s playing with a point guard like Brandon Jennings?

AB: He had a very good first season and in the second he had an injury and it was a little up and down. But he’s a guy that’s a very, very hard worker. I definitely enjoy playing with him because I can see in the offseason and during the offseason how hard he works on his game. I don’t think people realize the work he puts in. Maybe they see him doing these tours with Under Armour and think he’s not working on his game, but he’s a very hard worker. He’s going to get better and better. You have to remember he’s still very young and his potential is huge.

Where do you rank yourself among NBA centers today?

AB: Before the injury, I would have said Top 3 probably. But obviously, right now, with everything that happened I’m like Top 5 or 6. I have a lot of work to do offensively, but I think I’m one of the best defensive centers. I was a little shocked that I didn’t even make the All-Defensive 2nd Team. I led the league in blocks and that’s something I can take in a positive light.

You didn’t make the All-Star team either. Do you feel bad about it?

AB: I think this year I didn’t deserve it, but the previous year I was a little hurt about it. That’s just the NBA. Al Horford deserved to be in because his team had a much better record than us, but the previous year they put David Lee with a worse record than us…  (Making the All-Star team) is one of those goal that you work towards and hopefully one day I will have my All-Star jersey.

What are you thoughts on potentially playing overseas?

AB: I will try to get as healthy as I can and if October and November come and there’s no progress on the negotiations, I will explore explore options in Europe, Australia or anywhere else in the world. That doesn’t mean I’m going there, but I will definitely listen to offers and what people have to say. It’s good to play and stay in shape and make a little money on the side. The problem I have, like many other players, is contract insurance. I can’t play for the National Team this year because the insurance is very expensive and it’s going to be the same thing with a club.

Do you have any favorite place to play in case you end up making the choice of playing overseas?

AB: Not really. I always wanted to try Europe, but you never know. I don’t have a favorite place. There’s a lot of possibilities out there.