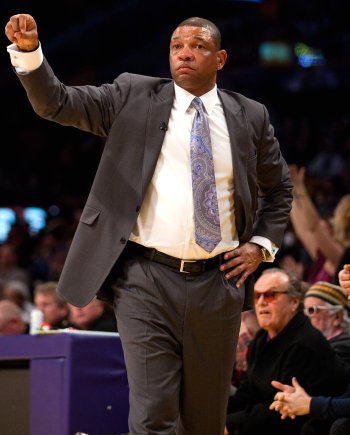 While the NBA season remains in a coma, the league’s coaches are still alive and well. But how good are these civilians who occupy the command seats?

It says here that even the worst of them are better than the best college coaches for a variety of reasons. The real question is this: How do NBA coaches compare to each other?

Mark Jackson (Golden State): Has the playing experience, the blarney, and the arrogance to succeed. Grade: Incomplete.

Frank Vogel (Indiana): Did a terrific job in rousing the mediocre Pacers in the stretch run. But energizing a team for a whole season is a different task. Grade: Incomplete.

Mike D’Antoni (New York): A one-trick pony whom I call “Antoni” because his D is silent. What will happen when the sticky fingers of Melo make D’Antoni’s run-amok offense spin its wheels? Not only is he the wrong coach for the wrong team, but Antoni’s philosophy is designed to please fans but not to win championships. The most overrated coach in the NBA. Grade: D plus.

Erik Spoelstra (Miami): Showed minimal imagination, minimal flexibility, and minimal control of LeBron. But does work hard and is a nice guy. Grade: D plus.

Flip Saunders (Washington): His multi-faceted offensive strategies are too complicated for today’s dumbed-down players. Lacks the charisma to be head coach. Would be best utilized as an assistant in charge of Xs. Grade: C minus. 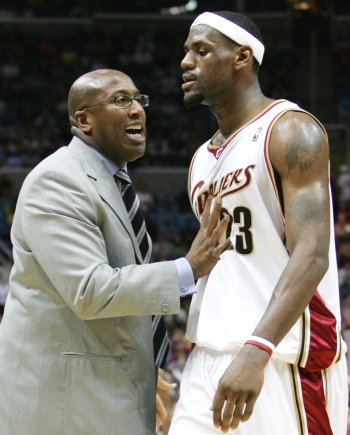 Mike Brown (LA Lakers): Was AWOL in too many timeout huddles in Cleveland, and also let LeBron walk all over him. No way he can handle Kobe. Grade: C minus.

Vinny Del Negro (LA Clippers): Needs to control his ego and his intensity, but has the requisite grit and smarts to be successful. Grade: C minus.

Kevin McHale (Houston): Is frequently intolerant of, and impatient with mistakes. Everyone’s, that is, but his own. Was unable to instill a winning attitude in his last go-round with the woeful Timberwolves. Can he maintain his own interest if Houston has a slow start? Grade: C minus.

Tyrone Corbin (Utah): A protégé of Jerry Sloan’s, but micro-managing the same old tired offense is n exercise in futility. Still, being in charge from the get-go just might encourage Corbin to be more of his own man. Grade: C.

Scott Brooks (Oklahoma City): Unimaginative offense and imaginary defense can only go so far. Not nearly far enough to match the talent at his disposal. Grade: C plus.

Avery Johnson (New Jersey): Has also toned down his act, but still managed to get his lackluster team to play all-out all of the time. But can he do the job under real pressure? Grade: C plus.

Dwane Casey (Toronto): A quality guy and underrated coach. Too bad the Raptors are clawless. Grade: B minus.

Paul Westphal (Sacramento): A good coach wasting his talents with a bad team. Grade: B minus.

Doug Collins (Philadelphia): Kept his ego and his mouth in check and did a great job with an inferior team. Has widened the scope of his game plan since his days in Detroit and Chicago. Grade: B minus.

Byron Scott (Cleveland): His overbearing attitude is a negative. His expertise and ability to keep his inept group of players competitive are positives. Grade: B minus.

Paul Silas (Charlotte): Dignity, honesty, experience and a calm demeanor are his main qualifications. Gets the most out of veteran players, but needs help in Xs and Os from his assistants. Grade: B minus. 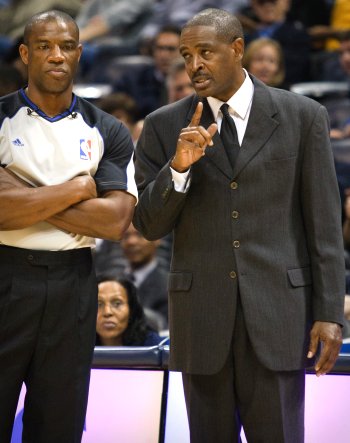 Larry Drew (Atlanta): Did a good job coaching a bunch of mostly uncoachable players. If/when the roster is purged of knuckleheads, it remains to be seen if he can take his abilities and his team to the next level. Grade: B minus.

Scott Skiles (Milwaukee): Has toned down his over-the-top intensity and pushed his guys into overachieving. Grade: B.

Lionel Hollins (Memphis): Maximized the abilities of his players, most of whom had severe limitations. Could eventually join the ranks of the A-rated coaches. Grade: B.

Monty Williams (New Orleans): Except for the marvelous Chris Paul, and with David West on the shelf, the Hornets were a mediocre team. But Williams quietly led them into the playoffs. Grade: B.

Lawrence Frank (Detroit): Nobody works harder or is better prepared. Despite his mild exterior, can be a martinet behind closed doors. Grade: B.

Tom Thibodeau (Chicago): Defensive mastermind, but lack of dependendable scorers hamstrings his total game plan.  Give him time and he’ll be another Ace. Grade: B plus.

Doc Rivers (Boston): Took his aging team as far as it could have gone. What happens now that Father Time has caught Kevin Garnett, Paul Pierce and Ray Allen from behind? This season will be the truest test of Doc’s chops. Grade: B plus.

Nate McMillan (Portland): Always gets the most out of the least. Grade: A

Rick Carlisle (Dallas): His toughness is contagious, his preparation is immaculate and he’s not afraid to take chances. Grade: A.

Gregg Popovich (San Antonio): With Phil Jackson out of the picture, Pop is the best in the business. Demands discipline, hustle, and unselfishness, and always speaks his mind. Grade: A plus.

Unknown (Minnesota): The yet-to-be-named sacrificial victim will be tasked with the thankless job of making Ricky Rubio a decent NBA point guard. Grade: Doomed to the read flag.