Serge Ibaka: "I can be an All-Star in one or two years"

Serge Ibaka: "I can be an All-Star in one or two years" 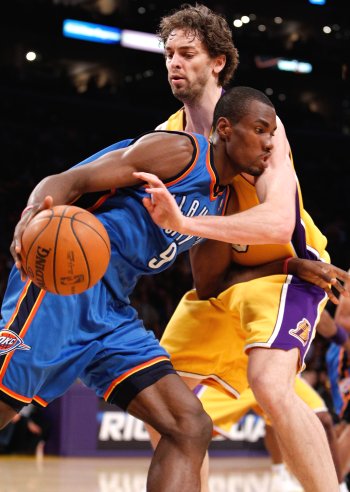 Don’t you feel sometimes like everything has gone too fast for you? Going from Congo to Spain to the NBA and then becoming an important player there…

Serge Ibaka: It was normal for me. I have been working tirelessly for it and this is the outcome of that.

Did you envision yourself playing in the NBA at 21?

When did you realize that you had a chance to play in the NBA?

SI: When I went to Spain and I got access to good coaches, good practices. That was what I was lacking in Congo.

Do you think you have the potential to be an All-Star?

SI: Yes, I see it happening in one or two years.

Playing for a team like Oklahoma City, with guys like Kevin Durant or Russell Westbrook, do you think you can have a bigger role offensively than you’ve had so far?

Do you have a model to follow as a player?

What did the Jeff Green trade mean for you?

SI: It was very important for me. It gave me more confidence and more minutes to show what I can do on the court.

The chemistry of the team last season was as good as in your first year in the NBA or was it a little worse?

SI: Always good, always the same. We are all young, we all hang out together, we always have good chemistry.

Russell Westbrook was criticized for shooting too much sometimes during the playoffs. How did the team deal with that?

SI: Russell is our point guard, our star. When that happened to him, it bothered us and got on our nerves. But that’s how this world is. You have to go through tough the good times and the bad times.

If you were the coach, who would take the last shot in an important game? Durant or Westbrook?

Next year you could have the chance to sign an extension. Would you rather sign it or become a free agent?

SI: I’m not thinking about that. I only think about working hard this summer, have a good season and then we’ll see.

You have just arrived from your country, the Republic of the Congo. It’s a country that has many of the typical problems of African nations – corruption, a recent Civil War, an authoritarian government… What kind of role can you play there to have a positive influence in your country?

SI: This is a thing from the past. Africa is improving. I was born there and when I have time I go there and try to help the young people so they can have a better future.

And your role at UNICEF… What does that mean to you?

SI: A lot. One of my dreams has always been to help the children, the children who live in the streets, so I will take full advantage of what UNICEF can do to achieve that dream.

Are you excited to play with the Spanish National Team?

SI: A lot. I’m very excited. I can’t wait to play. Let’s see what we can do in the European Championship.

If you don’t win the gold medal, will it be a failure for Spain?

SI: Well, right now our goal is to win it all but at the end it’s a sport and there are things you can’t control, but we want to go as far as we can. 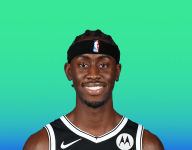