No return for now

No return for now 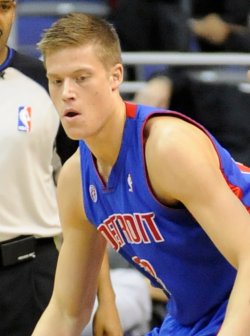 Free agent forward Jonas Jerebko has had some discussions with Biella of Italy, but he will not return to his former team at this point, Marco Atripaldi, the club’s general manager, told HoopsHype.

“We talked with him, but he’s a little concerned about an injury and has decided to stay in the U.S. for now,” Atripaldi said.

Jerebko, who averaged 9.3 ppg and 6.0 rpg in a promising rookie year with the Pistons, missed all of the 2010-11 season due to an Achilles tendon injury.

“The team has been built without him, but we would have a spot for him if he decides to come because it’s Jonas,” Atripaldi said.

Biella would be OK with the Swedish forward going back to the NBA in the middle of the season should the lockout come to an end.