No offers on the table for Gallinari

No offers on the table for Gallinari 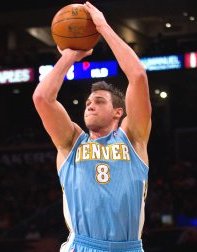 Nuggets forward Danilo Gallinari is not negotiating with Olimpia Milano and has no offers on the table from any other club, his father Vittorio told HoopsHype in an interview this morning.

Corriere dello Sport reported Wednesday the 6-foot-10 forward was close to an agreement with Olimpia Milano, where he played for two seasons prior to his arrival in the NBA. Although the Italian club would be a logical destination for Gallinari, it’s no given he would play there or anywhere else should the lockout continue.

“The first idea of Danilo is to wait for the end of the lockout,” Vittorio said. “After the end of the European Championship, we will meet with (Arn) Tellem, his agent in the U.S., and we’ll think together what we’re going to do.”

Danilo Gallinari averaged 15.9 ppg and 4.8 rpg playing for New York and Denver this season. His father played pro basketball in Italy in the 80’s and 90’s. In 1987, he won the European title with Olimpia Milano. 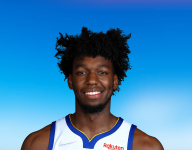