Iman Shumpert: "The way I play defense is contagious"

Iman Shumpert: "The way I play defense is contagious" 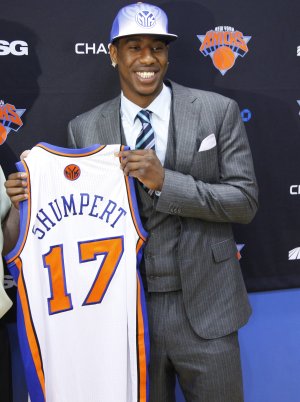 Georgia Tech product Iman Shumpert could give the Knicks a defensive boost next season. The 6-6 combo guard raised in Illinois feels ready to make his mark right from the start.

Iman Shumpert: Summer is good. Working out a lot, shooting a lot of jump shots…

Which aspect of your game are you trying to improve the most?

IS: I think it’s just my decision making. Making sure that I know spots on the floor that I wanna get to, where I can make plays and be the most effective to make sure I make a good contribution to the team.

What will be more exciting: playing your first NBA game or the day you start practicing with Amare Stoudemire, Carmelo Anthony and the rest of your teammates?

IS: It definitely will be playing my first game. Once I get those nerves, those butterflies out of my stomach and being able to just play basketball.

You and Amare are both represented by agent Happy Walters… Have you talked with Amare during the summer? Has he given you any advice?

IS: Right now, he’s a busy man, doing a lot of stuff… I think he just came back from a trip in China. But he checked in on me, texted me, making sure that I’ve been working hard, something that he’s been doing. Happy texted me back and forth, giving me updates of what was going on there in China. I guess they are always checking in on me. Melo as well.

And exchanging those text messages, do you feel they are excited about the upcoming season?

IS: Definitely, I think they are. I’m just hoping I can make that contribution, help them get that push to go further in the playoffs. That’s my goal – to get to the NBA championship.

Are you closely following the labor talks?

Last month you told ESPN’s Jared Zwerling that you wanted to stay and not play overseas. As the lockout drags on, have you changed your thoughts?

IS: It’s still the same with me. I lean on my agent to get advice from him and we will come out with the best possible plan for me to go forward, but right now I’ll focus on playing basketball in the United States.

What does coach Mike D’Antoni expect from you during your rookie season? 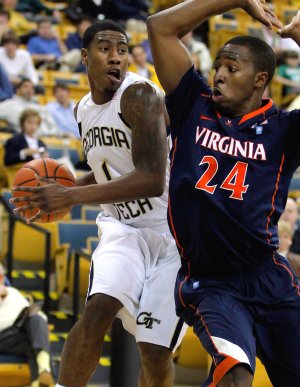 The Knicks just hired Mike Woodson as an assitant coach and it seems he will focus on helping the team’s defense. What can you bring to the table in that aspect?

IS: I think the way I play defense is contagious. That’s something I always bring to the table. I play both sides of the court hard.

Which player do you admire because of his defensive skills?

IS: I really admire Jason Kidd. He’s the first player I’ve ever seen dominate a game without havin to score as much as everybody else. Seeing him finally get the championship just confirms that I just need to make sure I work my game to get better every day.

What do you expect to learn playing with Chauncey Billups?

IS: Everything! You’re talking about one of the greats. I will try to take all the information that you can and hopefully I can get better and more effective.

Who is the best point guard right now?

IS: Derrick Rose, being that I’m from the Chicago area as well as him. He’s playing with the Bulls and I’m playing with the Knicks. The Knicks were sort of the bad guys when I grew up watching the Bulls. So for me to play for the bad team, I’ll be the villain coming home. But I think it’s going to be a big game. It will be fun and competitive being my first time on the other side of the court, playing against Derrick Rose.

How much do you expect your life is going to change being a pro basketball player living in New York City?

IS: It’s going to be an adjustment. You have to grow up fast, be a role model. Playing pro basketball you have responsabilities and you have to learn and behave on and off the court. There’s a lot of fun in New York City, so it’s just finding the balance between fun and making sure that I do everything I can to get better and do my job.

Are you already feeling the pressure of bringing the NBA title back to New York? It’s really surprising that the last time the Knicks won was almost 40 years ago.

IS: Not at all. The most pressure was getting drafted. Now I have a new goal set – to make sure that I’m ready about the time the NBA season rolls around, and I will do everything in my power to chase that championship and go as further as we can in the playoffs.