Tough start for us

Tough start for us 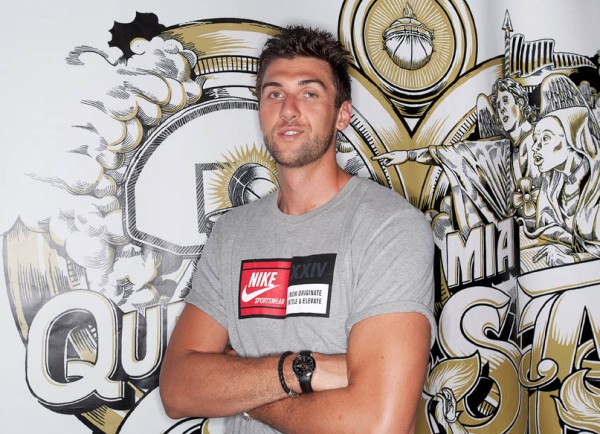 This is Andrea Bargnani from the Toronto Raptors and I’ll be blogging at HoopsHype for the duration of the Eurobasket. I will try to answer as many of your questions as possible. It’s going to be hard because we play pretty much every day, but I will do my best.

It was not a good start for us yesterday against Serbia. We lost 80-68 against a very good Serbian team. Milos Teodosic and Milan Macvan played really well and we just couldn’t get it done.

With many teams here at the Eurobasket, we’re going to be at a size disadvantage in the paint. So to answer @festav’s question, we have to be quicker than the other squads to make up for it. We also need to have different players playing in different positions.

It’s going to be a battle around the basket every day for us. Europe is full of great centers. Chris Kaman is playing for Germany, Pau Gasol is obviously with Spain, Joakim Noah has joined the French team this summer… It will be hard. This is going to be like a mini-NBA for me. Every year I try to improve my game. Now I’m trying to be more focused on the boards, but will need help there too.

Kaman, Noah and Gasol are just some of the NBA players in Lithuania this month, but there’s plenty of non-NBA talent here. @AndreaCentenari asked which of those guys I fear the most. I’d have to go with Juan Carlos Navarro of Spain. He just scores, scores and scores. Navarro has been a superstar in Europe for many years and is still going strong, as you could see yesterday.

Although the first game didn’t go well for us, I’m enjoying playing with Danilo Gallinari and Marco Bellinelli. It feels good because we have played against each other many times and we can finally play together now.

Tonight we play Germany. A reader asked me who would win a three-point contest between Dirk Nowitzki and myself? I’d have to go with Dirk. He’s the best in the game right now. The guy just won the NBA title, he’s been MVP of the regular season and also the Finals. What more can you ask for?

That said, I hope we prevail against Nowitzki’s team today. We really need this win.

Talk to you soon. A presto.

Raptors forward Andrea Bargnani will be writing for HoopsHype from the Eurobasket. Send the questions you want him to answer in his blogs at @hoopshype or hoopshype@hoopshype.com.