Dorell Wright: "We needed a leader like Mark Jackson"

Dorell Wright: "We needed a leader like Mark Jackson" 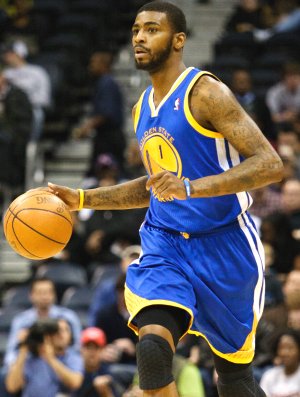 Dorell Wright is wasting no time at all during the summer of the lockout. He’s playing at a lot of pro-am games and making the D Wright Way Foundation one of his prominent offseason activities. Also, he is happy the Warriors found a leader in new head coach Mark Jackson.

Are you worried about the lockout situation?

Dorell Wright: Everything will find its way. It will take a little time and we have to have patience, but I think everything will work its course. Both sides are doing their best to get the best deal. Guys don’t want to miss time. I have people who keep me updated with the whole situation. I was out of the country when they had a meeting in L.A. Next time I’m definitely there.

DW: It is our job. It’s something I love and I want to stay in shape. Playing in front of your fans was also great. It’s fun, whenever I have the chance to play I will be there. Streetball players, guys who play overseas… It’s always fun playing and compete against those guys.

How’s the trash talking in those leagues?

DW: [Laughs] Oh, there’s a lot of trash talking. Guys really try to go at you and talk a lot of trash, but at the end of the day it’s about competing.

You went to China this summer to promote your signature shoe made by Peak, right? How was the experience?

DW: It was a great experience having the opportunity to go to China. I always wanted to go there since I was a kid. Peak put on a great event, going out there, promoting the shoes… We had a great time, I got the opportunity to see how they lived, went to a lot of schools, met a lot of new people… A great time. I visited Shanghai, Beijing and a lot of small cities that I can’t really remember the name. I thought it was going to be more crowded areas, but it wasn’t like that. Tried different foods… Like I said, it was fun.

You said you were open to playing in China if the lockout drags on too long, but now the Chinese League banned NBA contracted players from playing there. How do feel about the idea of playing in Europe?

DW: I understand that rule, but I think Europe could be as much as fun. I’m just taking my time with different options and hopefully, if I finally go there, it’ll be the best situation for me and my family. I would be open to playing in Europe, overseas. I kind I want to go there. I see a lot of guys are doing it. I think it would be a good experience to go over there and compete against other players.

You really surprised a lot of people in a good way last season with your shooting behind the three-point line. Can you tell us about that change in your game, shooting a lot of threes with such good percentages?

DW: That right there is all doing the hard work. A lot of hours in the gym and that’s why I was able to be so consistent last year from the three-point line. Day in and day out I was at the gym working on my three-point shot. So once the season started it all started clicking. Just the things I’ve been doing since my first year, it all started to make sense. Playing my game and having the opportunity and the confidence to go out there and play at a high level each and every night.

Shooting at this rate you could surpass new Hall of Famer and former Warrior All-Star Chris Mullin… Do you remember the Run TMC? Could you guys become the new Run TMC along with Stephen Curry and Monta Ellis?

Who are the best three-point shooters now?

DW: I’d have to go with James Jones at the top, Ray Allen for sure, Stephen Curry, Anthony Morrow and Jason Kapono.

Do you plan to participate again at the All-Star Weekend Three-Point Shootout?

DW: Definitely. Me growing up I always wanted to be in a dunk contest. I never thought I’d ever be in a three-point contest. I had a lot of fun, it was good to compete with guys like Paul Pierce, who is from L.A., Ray Allen… Kevin Durant, James Jones, who was my teammate in Miami during three years. Also being able to do it in L.A. in front of my family was great.

Have you talked with new head coach Mark Jackson?

DW: I talked to him briefly before the lockout, and I think he’s gonna do a great job for our team just because of the experience he has, having played at the highest level… He’s going to be a great leader for us, which is what we needed. He’s going to be able to get us to where we need to be. If guys coming at training camp buy into the system, I think we should be a great team. 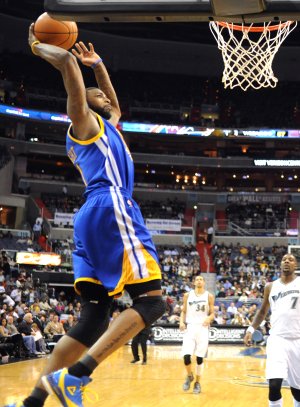 You guys are loaded with talent. I mean Curry, Ellis, Lee, yourself… And you still only won 36 games last season. So what you need to improve is defense to finish above .500 next season?

DW: When we spoke, he said we’re going to emphasize defense a lot more. Anybody in the world knows the Golden State Warriors can score a lot of points in a hurry. We can score 115 points, but we just can’t give up 116. That’s how we are going to win 20 or 25 more games. Those games where we are struggling on the offensive end, but we can win them with good defense.

Are you tired about the Monta Ellis trade rumors?

DW: He’s one of the top players in the NBA, so you’re always going to be in trade rumors. People will always be interested in a guy who can play like that. I think he understands that, we all understand that as far as this is also a business, so you gotta do your job. It won’t be a distraction, he’s been in trade rumors for years now so I’m pretty sure he understands what his job is.

Are you happy about your decision to leave Miami?

DW: I love my decision. I don’t have anything bad to say about Miami, but I felt it was my time to move on, spread my wings and get an opportunity to really be the player I had been trying to be for the last few years, and then I had my chance with the Warriors and I’m just trying to take full advantage of it.

DW: I speak to him often, he’s my son’s godfather. We’re always in communication, checking up on each other. I think I’m going to Chicago to see him and his family and also to work out. We both understood what had to be done for the best of our careers. It’s always good to have somebody to talk to, and having one of the top players of this league to be a mentor is great.

Will the Big Three win a title?

DW: I don’t know. Each and every year I start training camp thinking about going to the playoffs and winning the championship, so hope it doesn’t work out for them! [Laughs] You know, I want to be a champion like those guys. I wish them luck. A lot of people didn’t agree with what LeBron [James] did, but people has to understand that he wants to win now and he took the best decision for himself and his family.

Where do you see yourself in a couple of years?

Talking about the L.A.’s style of playing basketball, you said all L.A. guys are smooth, they have silky smooth game. Who is the smoothest player in the NBA nowadays? You?

DW: Me? No! [Laughs] I’d have to go with Paul Pierce, he’s one of the smoothest and the coolest… And Baron Davis. Two of my big brothers that I’ve been watching for years.

Is Pierce a good trash talker?

DW: I think Paul might talk more trash than anybody I know [laughs]. I don’t really talk too much trash, I like to be quiet, one of those silent assasins.