Spencer Hawes: "Being vocal about politics never had a negative effect"

Spencer Hawes: "Being vocal about politics never had a negative effect" 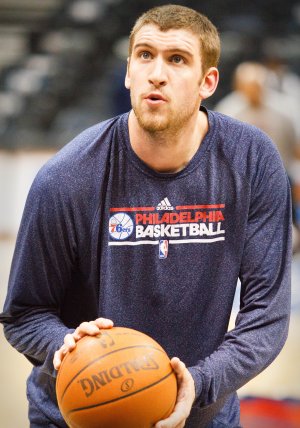 Tell me a little bit about your summer so far.

Spencer Hawes: It’s been great. Obviously a little different than we’re used to. I’m still preparing like the season is going to start on time. Me being a free agent, not being able to play as much as I’d like to, I just try not to risk any injuries.

Are you optimistic that there’s going to be a solution soon with the lockout?

SH: I hope so. Obviously the first thing you have to do is get both sides back to the negotiating table. Hopefully cooler heads will prevail and we can get back to the issues and try to find a solution.

Did you like the role you had with the Sixers last year? You started, but you didn’t have many shots.

SH: Yes. That was something that was definitely an adjustment for me. I’ve always been a more offensive type of player. Going to Philadelphia, I had to learn quickly the value of playing on both sides of the floor, putting emphasis on the defensive area and trying to be a stopper out there.

What do you think is your ceiling as a player in the NBA?

SH: I hope to just continue to keep growing. Every day I look it as an opportunity to get better. Being a young guy, only being 23, I think I’m finally learning how to use my strength to my advantage, whereas in the past I got pushed around a little. I’m finally maturing physically and that’s going to help me continue to grow. I’m still working on my three-point percentage. I struggled a little bit last year there, and I wasn’t happy about my free-throw percentage. So those are the two things I spent a lot of time working on during the summer. And I’m also kind of trying to establish myself as a big man, and not drifting out too much to the perimeter.

Was the coaching in Philadelphia better than the one you had in Sacramento?

SH: I wouldn’t say that, but playing for coach Collins he definitely demands a lot of you. You know that as a player and the fans know that too. He’s a high-energy guy, which I am as well, and he helped my development as a player. He’s very detail-oriented, he demands a lot and overall he’s a great teacher. For a team like we had last year with a lot of young guys, it was good having a guy that can really explain things so we can implement them.

When the Sixers tendered the qualifying offer to you a few weeks ago, did you take that as good or bad news?

SH: There’s always two sides. As a player you want as much flexibility as possible, but when they tendered the offer it showed an interest from them, hopefully for the long term, so it was definitely good news from that point of view. It’s just unfortunate with the lockout there’s an added uncertainty.

Is it fair to say that Philadelphia is going to be your first option when free agency finally comes?

SH: I don’t know. That’s something you just gotta wait and see. I had a great time in Philadelphia and I really enjoyed the team. But being a free agent that’s kind of the negative thing, that you never really know (what’s going to happen) until you sit down and start negotiations.

What kind of contract are you shooting for?

SH: That’s something I’m not focusing too much on. My agent has an idea, but we’re not at a point where we can talk about it at all. You have the uncertainty with the new Collective Bargaining Agreement there. There’s a lot of issues before you can get down to that.

Do you think Seattle is going to have an NBA team again soon?

SH: I do and I hope so. Obviously I kind of have a biased interest having growing up there and being a huge Sonics fan, being able to watch Sonics games with my dad, talk about the games with my friends… Watching the guys live made me feel I could compete with them at some point. Also having so many other guys from the area that came before me and were able to make it to the NBA, that as well kind of gave me a lot of confidence. Having a team like the Sonics there gave a lot of guys added motivation. The market obviously is big enough. There’s still a huge basketball fan base, a huge tradition of basketball – not only because of the Sonics, but also at the high school and college level. When the time is right and the arena’s situation is solved – that’s obviously the biggest factor – I think and I hope it will fall into place to get a team back here.

Why do you think the Seattle pro basketball guys are so close to one another?

SH: When I was about 15 I was invited to go to play with those guys… Brandon (Roy), Nate (Robinson), Will Conroy… A lot of those went to high school together. I didn’t go to school with any of them, but going up there when I was younger and playing with them, they really took me under their wing and instilled confidence in me… Jamal Crawford especially really looked after me from a young age. We have been fortunate to play in the NBA. It’s not just that we see each other when we’re playing… We hang out together off the court, we get together whenever we’re in the same town. It’s kind of fun trying to help the next generation of guys out on the court, off the court, so they can continue to be successful as well. 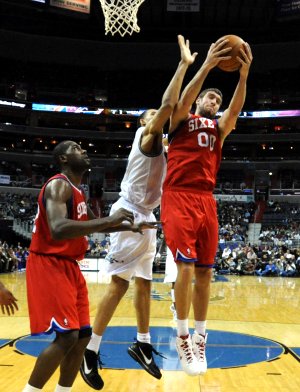 Would you play for the Thunder or do you have bad feelings about that team?

SH: [Laughs] Interesting question. A lot of people ask me that… I don’t how I would react to that.

SH: I think it started really in high school. It was an interesting time in politics. It was after September 11. There were so many issues, with the war and then continuing on through the Bush years and now into the Obama administration. It’s been an interesting time in American politics and for the country in general. I don’t think a lot of people realize how much the decisions that are made there impact not only your life now but your life in the future and the country as a whole. It’s something that early on I paid a lot of attention to. In high school, when I went to Seattle Prep, it was something that would be emphasized – to form your own opinions and argue about your opinions. It just kind of took off from there.

There’s not a lot of players that speak their mind about politics – especially not from the Republican side. How has being so vocal about politics affected your relationships with other people in the NBA?

SH: It’s been definitely more positive than negative. Like you said, there’s not a lot of guys that share the same ideals, but I think it’s good to be able to talk about it and trying to pick people’s brain – sit down and go back and forth about different issues. Me being from a certain background and being around guys with different backgrounds… I think it’s interesting that we share our experiences, beliefs and opinions. At the end of the day, it’s not something that has ever negatively affected my relationships with people. Talking with guys about these things, you understand people on a level different than the everyday stuff. I think it’s been a good thing.

SH: When it comes closer (to the election), I may do that. I think it’s still early for that.

Would you ever vote for a Democrat or you don’t yourself doing that?

Do you see yourself being a professional politician once your playing career is over?

SH: I don’t know. That’s something that my friends and family talk about. It’s definitely something that I have a high level of interest in. Maybe down the line, who knows… Maybe after basketball I will look forward to be involved in that.