Jordan Hamilton: "I can be the leading scorer among rookies"

Jordan Hamilton: "I can be the leading scorer among rookies" 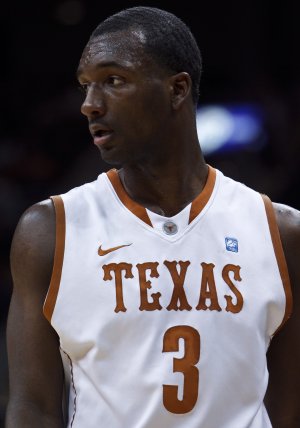 How’s the summer going? Are you training a lot?

Jordan Hamilton: I’m training three times a day. Conditioning workout in the morning, basketball workout in the afternoon and lifting some weights at night.

Can you give us more details about your workouts?

JH: I’m training with Robbie Davis from Gameshape, Inc doing some conditioning stuff – agility, swimming some days, and I do some boxing on Thursdays…

Do you have a goal about your weight coming into the season?

Sam Amick wrote that the Nuggets made it clear before the lockout that they envision you backing up Arron Afflalo at the shooting guard spot. In other articles they compare you to a Danny Granger type of player. Where do you want to play down the line?

JH: I don’t really like being compared to anybody. I’m just to come in and try to make a name for myself. Paul Pierce, Danny Granger… I’ve heard that comparisons but I really see myself as a two going into the league.

What are your feelings right now about draft day, where you dropped from lottery pick projections to the 26th pick?

JH: Differents teams want different things. It’s all forgotten now. Now it’s just time to come in and produce. I feel I’m in a great situation for me after being traded to the Denver Nuggets. It’s the perfect situation for me.

But maybe you will use that as a motivation to show how wrong the teams that passed on you were?

JH: Absolutely. I wouldn’t really called it something that I try to prove to them, even if I was the No. 1 pick I still would have a lot to prove. Just coming in, I’ve got some expectations to be ready and produce right away.

There is a lot of attention not only about your game, but also about your image as a player. Are you tired about answering the questions on things like your body language, attitude, etcetera?

JH: I’ve got a lot to prove in that area. Show teams that I am a good locker room guy. So I’ll play hard and do whatever the coach wants me to do.

But you’re a passionate player.

JH: I play with a lot of passion. I like to win, and sometimes I might come up and show some frustration, but I like to win and I try to show my teammates that I want to win.

Referees are usually tough on rookies. If you show a lot of passion, do you fear you can become a Rasheed Wallace type of player in that aspect of the game?

JH: I don’t see myself as that type of player. I’ve been mentored by Trevor Ariza and he has been great letting me know how a lot of things work – the game, the locker room and things like that. He’s been teaching me during the summer and that will help me a lot.

Your offensive game is well known, but what can you bring to the table on the defensive end?

JH: I think it’s effort. Once I show teams that I can bring that effort every night on both sides of the court I think they’ll look at me as an all-around player rather than just some scorer. Like I said, effort and play hard every night.

Apart from you, who can be a great offensive player among rookies next season?

JH: I don’t know. I think I can bring some scoring in, and as a rookie I think there’s the possibility I can be the leading scorer next season among rookies. I think I’ve got enough confidence (to do it).

How far can the Nuggets go next season?

How much are you following the labor talks?

JH: I’ve been talking to my agent on a regular basis. Let’s see what happens but right now I’m kind of entertaining overseas deals. Nothing’s for sure, but we’ve been looking into it a little bit, somewhere I can get cut on my contract, something like that. Once we see how the lockout is at in the next month of so, then we’ll make a move.

Do you have a deadline to decide if you play overseas?

JH: In September I’ll just continue working out and playing pick-up ball, and then in early October we’ll look into it, see how the negotiations are at and then make a decision.

JH: It was a great high school. I’ll make sure Iplay hard every night and stay in the league and get a ring like Tyson, Dennis Johnson and Prince.

How many pairs of sneakers do you own?