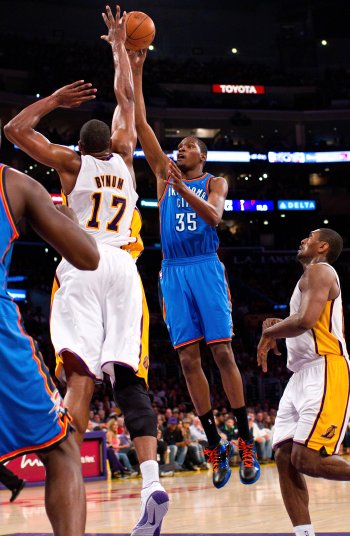 Fear not, NBA fans. Even though both sides are still posturing, and numerous preseason games have been cancelled, there’s virtually no chance that the entire 2011-12 goes down the drain. That’s because David Stern will never permit such a doomsday scenario to occur during his watch.

Indeed, the very worst possibility is a return to the 1998-99 schedule that comprised 50-games in twelve weeks.

Over the course of a normal season, each team plays three games per week, but the 1998-99 model, more than four games (4.17 to be exact) per week will be necessary. Given this compacted schedule, which ball clubs will suffer and which will prosper?

For sure, free agents signed and free agents lost might be significant, yet the following predictions are based on the expected return of each team’s core players.

The San Antonio Spurs will be devastated by a short season.

Tim Duncan is 35 and was playing in slow motion during the latter part of last season. His brilliant career is over the hill and deep in the valley beyond, so playing every other day will only hasten his deterioration. Plus, each game will assume such increased importance that TD’s minutes cannot be curtailed.

Both Tony Parker and Manu Ginobili have become increasingly prone to injuries. Too bad a twelve-week season doesn’t allow sufficient time for any but the most minor of injuries to fully heal.

The Big Three of the Boston Celtics are also candidates to suffer physical breakdowns during the accelerated pace of an abbreviated schedule. Kevin Garnett is a brittle 35, Paul Pierce has a lot of miles on his 35-year-old wheels, and Ray Allen at 36 is always in remarkable condition, but has become ominously inconsistent.

The Celtics can survive only if Rajon Rondo can expand his offensive capabilities, and if Jeff Green quickly evolves into a go-to scorer.

The Los Angeles Lakers are also in for a difficult go-round. There simply won’t be time enough for LAL’s veterans to learn to trust Mike Brown and become familiar with his system. Changing the focus of the offense from Kobe Bryant to Andrew Bynum will create enormous friction, which will be compounded by the noticeable erosion of Kobe’s talents as well as his increasing susceptibility to nagging injuries. Also, Brown will be under extreme time-pressure to win over the thumper-who-used-to-be-known-as Ron Artest, whose lackadaisical play last year destroyed any vestige of team chemistry.

By April Fool’s Day, the elder statesmen of the Phoenix Suns —Steve Nash (37) and Grant Hill (soon to be 39)—will need walkers to get up and down the court.

The team that would benefit the most from a compacted schedule is the Oklahoma City Thunder. The young legs of Kevin Durant, Russell  Westbrook, James Harden and Serge Ikaba would remain spry even if they had to play five or six games every week. In fact, if the upcoming regular season only lasts 50 games, the Thunder would be the favorites to succeed the Mavs as NBA champs.

The Chicago Bulls’ roster is also loaded with young’uns—Derrick Rose, Luol Deng, Taj Gibson, and Joakim Noah. A shortened season necessarily means a brief training camp, which means that offenses all over the league won’t be finely tuned until the season is nearly half over. One result is that the Bulls’ aggressive defense will be even more effective than ever before.

The Dallas Mavericks still have their championship glow, and since their 2010-11 season extended deep into June, they will benefit by the extra recuperation time. If Dirk Nowitzki has lost a few steps and is absorbing more body contact than he used to, and if Jason Kidd at 38 hasn’t gotten any quicker, the Mavs bench is young, eager, and very deep. Look for Dallas to pace themselves during the mad dash to the playoffs, and then be ready to re-ignite their championship fire.

A short season will allow the Miami Heat to hide their inadequacies in the middle and at the point, while permitting LeBron James, Dwyane Wade and Chris Bosh to run wild. The playoffs, though, will still demand the Three Mouseketeers to transform themselves into lions.

As for the rest, Orlando, Denver, Memphis, and New York will but not be either good or bad enough to be affected either way. Outfits that need time to grow together—especially Indiana and the LA Clippers—will run out of games just as their players begin to cohere.

For teams like Cleveland, Minnesota, Toronto, New Jersey, Golden State, and Detroit, even a brief season will be too long and too painful.