Italian adventure has plenty of upside for Kobe

Italian adventure has plenty of upside for Kobe 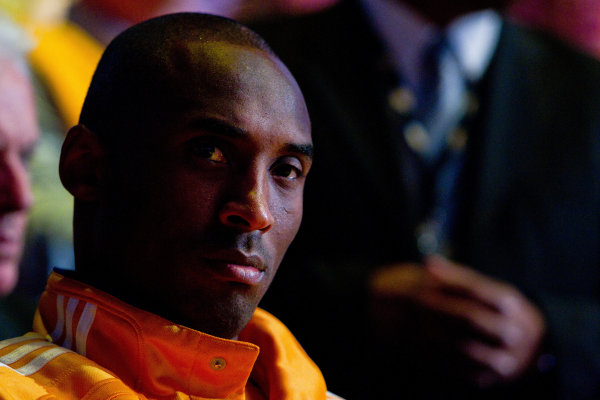 During a trip to Italy in 2007, Kobe Bryant visited the home court of Pallacanestro Reggiana, a squad that his father Joe “Jellybean” Bryant had played for during the 80s. While there, he met with the local media and explained that he planned on finishing his basketball career in the country where his father once starred.

With the NBA lockout on the cusp of its 100th day and NBPA lead counsel Jeffrey Kessler telling reporters on Wednesday that, “We are not on the verge of a deal” a shortened or canceled NBA season is now likely a reality. Should that be the case, Bryant may be able to return to Italy a bit sooner than he initially thought.

Bryant and his representative Rob Pelinka have been in serious talks as of late with Claudio Sabatini, owner of Virtus Bologna. The team signed Chris Douglas-Roberts last month and has reportedly made several lucrative offers to Bryant. In an interview with SkySport24, Sabatini said the negotiations are ongoing.

“There is still a money difference between our proposal and his request,” he said. “But we are ready to go towards his requirements. We raised our proposal for him but we want him in Italy, not just in Bologna, because he would be a huge addition to the whole country. Kobe Bryant would re-launch Italian basketball. Serie A will start on October 9, we hope that the final answer is close.”

Bryant has been on a European tour this week on behalf of his sponsorship partner, Nike. He was in Milan on Wednesday and told reporters that he would consider playing in the country if the NBA season were to be canceled or delayed for an extended period of time.

“Italy is my home,” Bryant told Italian newspaper Gazzetta dello Sport. “It’s where my dream of playing in the NBA started. This is where I learned the fundamentals, learned to shoot, to pass and to move without the ball… all the things that when I came back to America, the players my age didn’t know how to do because they were only thinking about jumping and dunking.”

While a move to Italy would make sense on a number of levels, the question remains: Is this really a good idea for Kobe Bryant?

He is coming off a knee surgery in June and missed a good amount of practice time last season with various ailments. Jellybean spoke to Fox Sports on Wednesday and shot down the rest notion.

“I think he’s well rested. He went to Germany and got the little surgery – a 10,000-mile oil change is the way I look at it – so I think he’s fine. When you learn how to play the game, even when you’re slightly injured, you still can be effective,” he explained. “He’s proven that over the years playing with injuries.”

Bryant has three years and $83.5 million left on his deal with the Lakers. The injury factor is a major concern and surely Pelinka will line up insurance to protect the Lakers investment should a catastrophic injury occur and end Bryant’s career. Most athletes fully understand that a serious injury can occur at any time and Kobe probably is willing to take that risk.

Another consideration could be the reaction from other players in the Italian League. We have no idea how this Italian team is coming up with the funds to pay Kobe or what rules will be relaxed for his arrival.

Apparently, one player has already complained. Daniel Hackett – a point guard from USC who has played in Italy since 2009 – has taken to Facebook to express his disdain, according to international basketball writer Emiliano Carchia. Hackett, who also grew up in Italy, plays for Scavolini Pesaro.

“I really hope that Kobe Bryant doesn’t demean himself for economic and commercial reasons,” he wrote. “Seeing him under those circumstances would be a great disappointment to me, a loss of respect towards a player that is too great to soil himself in this (false?) championship. If by any chance he should get to the court in Pesaro, I really hope that our club Scavolini Siviglia Pesaro will not accept to give half of the taking to Virtus, to play and overpay a player that doesn’t need our people’s money. I have to commit 5 fouls and they’ll be the hardest ones if I have number 24 in front of me.”

The comments are a bit disturbing – Bryant and Pelinka need to take these potential petty grievances into consideration. 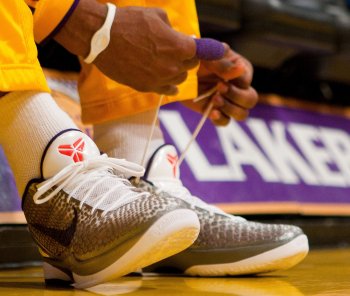 Nike is another factor. With Kobe’s No. 1 employer currently out of business, the swoosh now carries that distinction. Nike has a heavy investment in the Laker star and his latest signature sneaker – the Zoom Kobe VII – is scheduled to be released soon. But will Nike be obligated to pay Kobe his full salary if they are without the luxury of an 82-game NBA season to market their product? Playing in Italy will at least give the brand a platform to promote his shoe on the court, even though it will be nothing like the stage NBA hardwood provides. But Italy could allow Nike a very unique canvas to do what they do best.

The final concern is the practice schedule. European teams are said to practice twice a day for a number of hours, a regimen that NBA players are not accustomed to. With all the leverage on their side, Pelinka and Kobe can practically write out a contract that would essentially alleviate any of those concerns.

Should a postponed or cancelled NBA season occur, Bryant should take his talents overseas if all of his terms are met. Why not? He can make some good money in a country that’s familiar to him and it could potentially be good for his sponsors. Who knows, maybe Kobe will land a reality television series about his life in Italy – the possibilities for a sophisticated superstar like Bryant are endless. Basketball is Kobe’s artistic outlet and we must remember that the game is also a Bryant family trade. It’s the only job he has ever held and as Jellybean stated yesterday, this is about the joy of the game, the competition.

“What are you going to do, sit home?” he explained. “You’re sitting around and hoping? You’ve still got to be competitive against other players.”

You have to wonder if Kobe signing a deal in Italy adds any leverage to the union side during these negotiations. Many NBA players believe the league will try to break them by allowing the lockout to drag into November so players will panic once they begin to miss paychecks. Dozens of NBA players have attempted to quell revenue concerns by inking deals overseas this season, some of which include an NBA-out clause to return home if the lockout ends.

But we’re talking about another stratosphere here – it’s Kobe.

And we may soon find out what his true value to the league really is.