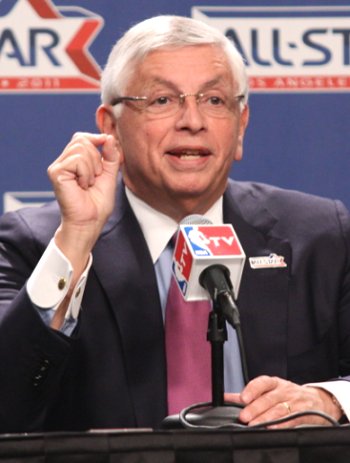 As a result of Tuesday’s negotiating session, any hopes of an NBA pre-season have evaporated. What comes next is a delayed start and/or shortening of the NBA’s regular season. At 82 games, an already long and bruising season, the parties may not be in such a rush to get a deal done to prevent a lockout-shortened season. After all, some fans might even appreciate pro-rated season ticket packages.

And losing games is necessary for both sides to convey the seriousness about their negotiating positions, to “hit ‘em where it hurts.” This inefficiency of lost games will hurt profitable franchises and players alike. But with so little progress despite so much notice as to the CBA’s expiration, inefficiency will prevail.

But it doesn’t have to. The BRI split was the first substantive blog I ever wrote for HoopsHype on the labor dispute. Where we seemingly stand now is at a point where players have budged all they are willing to budge (and maybe more than some agents would like [keep in mind that a successful agent’s career spans far longer than the NBA player average of about five years]), offering to take only 93 percent of their former salaries, a 53 percent take in BRI. Through David Stern, the NBA appears to be willing to go to halvsies, a 50/50 BRI split.

So, on the biggest issue the parties appear to be 3 percent apart. I do not mean to trivialize each coveted percent, as it represents 1 percent of about $3.8 billion (or 3,800 million). So the parties are about $114 million per year apart, assuming that BRI remains constant. Across a several-year CBA, this gap represents hundreds of millions of dollars.

At this crucial moment, there exists an option to consider that could work a whole lot better (and by better I mean more fairly) than simply meeting in the middle at 51.5 percent. The NBA could agree to the NBPA’s 53 percent offer for the period of one year. If, after that year, the NBA failed to at least break even, then the players’ take for the following year would decrease to 52 percent. If the NBA again failed to break even at a 52-48 split, then the players’ take would reduce another percent (and continue in this same formula until a 50/50 split were achieved).

At the BRI split at which the NBA first broke even, the next CBA’s BRI split would be set. However, stopping there on the split is insufficient. After the initial split is set (say at 52 percent for players and 48 percent for owners), the NBPA should agree to share upside and/or downside in any drastic increases or decreases to BRI. So, for every $250 million (or some agreed upon amount) that the BRI increased or decreased beyond the BRI of the initial year (i.e. the year that the BRI split was set), the players’ take should increase or decrease by a percent respectively. 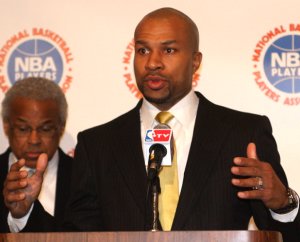 So, if the NBA broke even at a split of 52-48 and at a BRI of $4 billion after the 2012-13 season, the base figure of BRI would be $4 billion. If the CBA were to last for five years and if BRI was $5 billion in the final year of the deal, players’ take would increase to 56-44 in the final year of the deal. Such a system protects the players from agreeing to a deal that winds up doing to them what the last CBA did to the NBA. An adjustable system that allows for the players to capture an increased portion of the pie as the economy turns around makes their initial concessions merely initial. During the last deal, the NBA was hamstrung by a bad economy, and, while revenues increased, profit increases failed to follow.

The NBA insists on re-structuring the entire system so that NBA franchises can be legitimate moneymakers from an operating income standpoint. Such a swing of the pendulum will not take place. However, the NBA deserves at the very least to break even as regarding operating income, and this proposal would in all likelihood accomplish as much.

It should be noted that in any deal where NBA profits and losses dictate the BRI split, the NBA will have to agree to complete transparency in its accounting. At this point in negotiations, the parties are actually not all that far apart. A sliding scale system as proposed here could bridge the gap with neither party being required to face heavy risks of getting the short end of the stick (or slim slice of the pie).