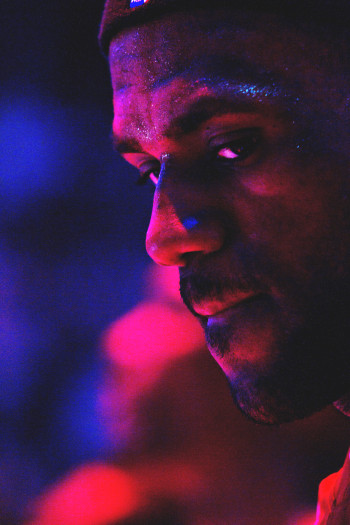 In this country, numbers have become more and more critical to our individual and collective self-definition – e.g. our obsession with polls, APRs, the ups and downs of the stock market, etc. So much so that we even use them as a shortcut to define our supposed national exceptionalism (“We’re Number One!”).

It’s therefore inevitable that we largely depend on numbers to identify our heroes.

Since the world of sports is so dependent on an increasingly complex set of statistics deemed to be irrefutable, successful athletes provide a plentiful source of these “heroes.” For many years, LeBron James’s undeniable talents and superior statistics made him one of these demigods. Indeed, when questioned about his lifelong ambitions, LeBron relegated winning an NBA championship to second place – his main priority was to become a global icon!

At the same time that numbers are being worshipped, it’s become axiomatic that numbers can prove anything. But the statistics that attempt to measure individual performance in the NBA are actually bogus digits rather than proofs-positive of excellence.

The first has only minimal impact, while the latter can make or break the game. As further evidence for how flawed this analysis by numbers really is, it’s even happened that a player (Ernie DiGregorio) was credited with an assist while he was sitting on the bench. Also, guys with the highest shooting percentages are usually the worst shooters, e.g., Shaq, whose shooting range was typically a mere two feet.

Moreover, are uncontested rebounds (such as those grabbed on missed foul shots by players with the inside slots) equal to tough ones pulled down in a crowd? And forget about fourth-quarter scoring, or points made in the last two minutes without knowing if one team was 20 points ahead or behind.

When it comes to points scored, “when” means more than “how many.”

So, misleading numbers plus hype equals perceptions that wind up determining the ground rules of our culture. It should be clear to any rational person that using numbers to measure the human heart/spirit is superficial at best and dangerous at worst. 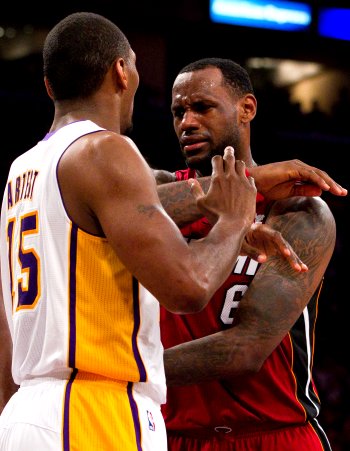 Ever since he was hailed as a schoolboy who was surely destined for the Hall of Fame, LeBron has devoutly embraced the media hype, e.g., referring to himself as “King James,” tattooing on his back “The Chosen 1,” and on and on. This self-absorption was further ignited when the citizens of Sports America rushed to love him and make him the focus of our vicarious lives.

But then LBJ’s arrogance got the better of him. Witness “The Decision” and his several premature announcements and celebrations. Yet in the most recent playoff performances he was ultimately revealed as a fraud and a loser. Now we’re all rushing to hate him. We need villains as much as we need heroes! And for much the same reasons: both mindless vilification and mindless hero worship boost our own egos and become large components of our internal identities.

It’s also quite possible/probable that, deep in his heart of hearts, LeBron is basically insecure. That’s why his boasting is so hallow, and why he was routinely AWOL in the clutch. Nor is it far fetched to say that LeBron acts as a mirror for the subliminal insecurities of so many of us – which goes a long way toward explaining our culture’s pervasive racism, sexism and homophobia; as well as the prevalence of so much of our blind devotion to absurd political and religious philosophies, denial of scientific proofs, etc.

The moral being that – hero or bum – we need LeBron as much as he needs us.