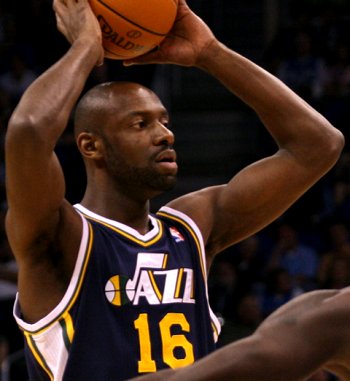 Free agent center Francisco Elson is eyeing a comeback to the Spanish League if the lockout continues.

“Spain is always my top country to play in Europe,” Elson said in an interview with HoopsHype. “It’s a big competition. I’ve played in Spain four years already and people know me there.”

Elson, who averaged 2.2 ppg and 1.9 rpg with the Utah Jazz last season, played for FC Barcelona, Valencia and Caja San Fernando in the Spanish League between 1999 and 2003 before moving to the Denver Nuggets. The Dutch center rejected an offer from the ACB League in the summer thinking the lockout situation would be solved.

“I could have signed in Spain, but it was still early. It was Bilbao. Right after the season, they contacted me but at that time I didn’t know the lockout was going to take this long.”

Like most NBA players, Elson says he would ask to include an out option in any contract with a European team – unless the club wanted him for the long term.

“If they want me to sign without an NBA out, it would have to be a contract for multiple years,” Elson said.