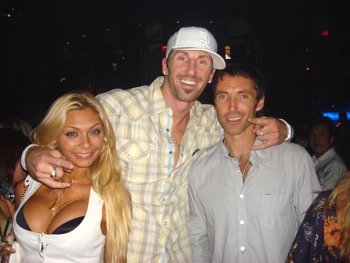 This is Jackson Vroman. You might remember me (although more likely not) from past stints in the NBA with the Phoenix Suns and the New Orleans Hornets. For the last few years, though, I have been playing overseas in places like Puerto Rico, Spain, Lithuania, Iran, China and currently for the Incheon ET Land Elephants (I’m not making the name up) in South Korea.

Playing basketball around the world has been an incredible experience and I’ve accumulated some interesting stories – especially off the court. I have seen and done things that you wouldn’t believe and thought it would be funny to share some of those stories with you, HoopsHype readers.

I’ll be adding more stories routinely and I’ll be available to answer any questions you have honestly and bluntly. Here are the first few that popped into my head. I hope you enjoy.

You can have fun in any place in the world. I played in Iran 2009 and enjoyed my time in the country. Plus I was a pioneer of sorts there.

As you probably know, alcohol is completely illegal in Iran and the fine for even one glass is 80 lashes with a whip and about $1,300 for first offense.

They are much stricter on alcohol than drugs because alcohol is forbidden in the Koran and drugs aren’t mentioned. However, there is a flourishing underground party scene with beautiful women, DJ’s, full bars, drugs, etcetera.

The alcohol selection is limited, though. They have arak, which is cheap and locally made, it tastes like strong, cheap vodka and cardboard mixed. Then there are Sky, Absolut and Smirnoff vodkas and occasionally Grey Goose for $100 a bottle. They have a few whiskys – Jack Daniels and Johnnie Walker – and two very cheap tequilas. Alcohol purchasing in Iran is similar to purchasing drugs in the States. You have a dealer that you meet or he might deliver to your house.

Well, I am a big Patron drinker and decided it would be nice to have my favorite drink in Iran. It took me a long time, but finally with the help of a teammate I was able to find a dealer willing to try and bring Patron if we did a big order. He woud charge $130 a bottle, which is 100 more than it costs. We ordered 50!

It was a big hit in the party scene. We could have sold all 50 and made money, but we didn’t. Patron is now offered more frequently in Tehran and the price has dropped to around 100, but I am known there for being the first person to ever bring it to Iran.

I’m the only guy from Laguna, California to play for the Lebanese National Team. I was at the World Championship with them in 2010. After my Iranian team won the Asian Club Championship and I was selected MVP, multiple countries in Asia – including Jordan, Philippines and Lebanon – started recruiting me to play for their National Teams. I decided it would be a good opportunity to make some money in the summer and, more importantly, spend less money in the summer. I chose Lebanon after careful research. My agent, who used to represent Rony Seikaly, spoke to him about Beirut and he said what a wonderful city it was. Beaches, nightlife, women, etcetera. I figured if I was going to take on another nationality, it might as well be somewhere I would enjoy… And I can say Beirut lived up to the hype! I had an amazing time there the two summers I spent training with their team. 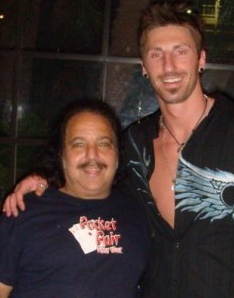 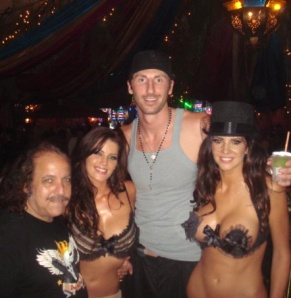 Apparently, a reader knew about a little story from my time in Girona (Spain) and he asked me on Twitter about it. It’s one about that time when the team gave me two days off and I decided to spend New Year’s Eve in New York.

I had an eight-hour flight there, 24 hours in New York and an eight-hour flight back! The scariest part had to do with my trip to London the week before for Christmas. We had three days off, so I put four cities in a hat – Belgrade, Amsterdam, Prague and London. Went to London by myself and had a great time. Went to a casino, nice restaurants and nightclubs. When I arrived to the airport for my return to Barcelona in Christmas day, I had my ticket in hand but the airline informed me that the flight I had flew every day except Christmas. I didn’t know how that was possible since I had my ticket in my hand and the airline blamed the travel agency and vice versa. There were no other flights available so I had to go back to my hotel and fly the next morning. I missed one practice and the coach freaked out even though there was nothing I could have done and I wasn’t at fault.

The team fined me and warned if I did something like that again, they would fire me. Unfortunately, I had already purchased an $8,000 dollar ticket to New York for New Year’s Eve as well as a table reservation and a $2,000 hotel room. I had over $10,000 invested in the trip, but a lot more than that to lose if I was fired. My flight was scheduled to get back to Barcelona at 7.30 am and we had practice in Girona, an hour away at 10 am. I decided to risk it. Landed in New York, went shopping and to dinner, then out to Tenjune nightclub. Had an amazing night, went to the hotel and packed up, jumped on the flight back, landed on time and I was the first person at practice.

My teammate Marc Gasol told me he had called me to invite me to a party and then I told him I was in New York. I think he still might not believe me to this day.

If you have any question for me, you can send it to my Twitter account. It’s @U_Dunno_JACK. You can also send it to HoopsHype: @hoopshype.

Hope you enjoyed the first blog entry. More to come!