Revenue sharing: A formula for all markets

Revenue sharing: A formula for all markets 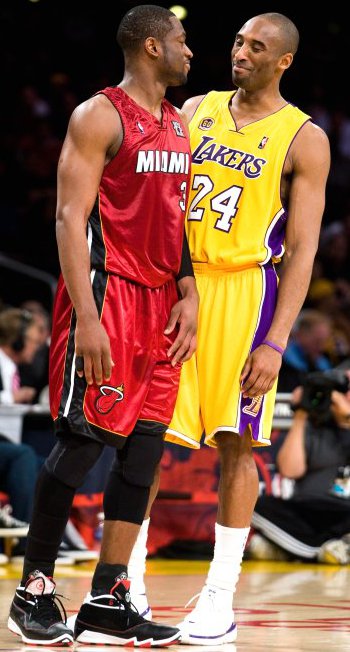 (This is Part 2 of the article devoted to revenue sharing. You can read Part 1 here).

Creating a revenue sharing formula that is perfectly fair is impossible, so the aim should be for a solid improvement over the prior one.

In a new formula, I want to see the large-market Los Angeles Clippers and Chicago Bulls treated differently than the Sacramento Kings and Charlotte Bobcats, even if both are under the luxury tax threshold. I want the Oklahoma City Thunder to be able to creep into the luxury tax territory without having to forego their ability to make a profit. I want to see the New York Knicks, Los Angeles Lakers, Brooklyn Nets, Golden State Warriors, and other attractive-market teams pay something into the pot because they’re the ones who will be attracting the Dwight Howards, Chris Pauls, and Deron Willliamses under the new CBA (or because they’ve already got ‘Melo, Kobe, Amare, etcetera).

I’m no Billy Beane, John Hollinger, or Daryl Morey, but I will venture to explain verbally how this formula could work. I’ll leave it up to the statistical gurus to create and perfect it.

Market size: Based on the statistics on TV homes made available by Sports Media Watch (Note: Toronto omitted…), Minnesota represents the median media market with 1.75 million TV homes. The bottom 14 media markets represent approximately 15,747,000 TV homes, while the top 14 markets represent over three times as many homes, approximately $49,320,000 homes (Knicks/Nets and Clippers/Lakers are both deemed to have the full New York and L.A. markets, respectively).

The question would be how much money of the $150 million would come from this aspect of revenue sharing. With about $25 million distributed under the market size proxy, let’s assume that a similar, $25 million number was re-distributed based upon profitability under the prior season’s profit-loss numbers.

Presuming that the new CBA allows all teams to operate profitably, this section would either cease to exist or would direct some profits from the most profitable to teams barely making a profit. Under no circumstance should the revenue sharing program ever incentivize teams to NOT turn a profit. This leaves us with about $100 million left to redistribute.

Payroll “luxury” tax (a tax on excess competitiveness): Assuming that there will be a narrowed gap between minimum and maximum team payrolls, the luxury tax would have to have some serious bite in order to redistribute the roughly $100 million remaining under this proposed system. You would need to design a system where teams would be willing to pay dearly for the added competitive advantage derived from being able to use incrementally more payroll.

Again, it bears noting that if the total amount spent on players’ salaries exceeded the negotiated BRI amount, salaries would all be scaled back by the amount necessary to hit the players’ BRI share. It also bears noting that if the maximum salary were to be at $80 million, at least two teams (Lakers, Magic) would already at or well over the league maximum. This issue would need to be addressed in any new CBA (see my previous column for some possible ways).

This system is certainly not perfect. There are many different factors that the NBA’s owners could look to in concocting a revenue sharing formula. The numbers in this piece have been used merely for the purpose of informed examples. The nice thing about a system like this would be that an underperforming team in a big market would not be able to just sit back and collect luxury taxes on top of its other large market advantages (e.g. TV deals, sponsorships, etcera). Also, small-market teams would likely have a little extra money to spend on their payrolls, which could result in their fielding more exciting and competitive teams.

Yes, I realize that this piece poses more questions than answers!