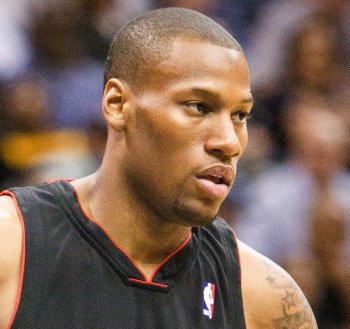 I’m going to introduce myself: This is Sonny Weems of Toronto Raptors fame. Last summer I signed with Zalgiris Kaunas of Lithuania and I’m now going to blog here at HoopsHype about my experiences in Europe – pretty much what Pete Mickeal used to do at the site.

Just got to Kaunas after losing against Unicaja in Game 2 of the Euroleague regular season. It was a tough game, a tough loss. In the NBA when you lose a game, you go to the next one. Over here you can’t: Every game counts.

After eight games, I can say playing in Europe is way different to playing in the NBA. In the U.S. if you’re up by a certain amount of points, some teams just give up. Not here. Every possesion counts.

Another difference is the slow-paced game, which forces you to use your half-court abilities. There’s a lot of flopping too and they don’t call some fouls… And I have to handle the traveling situation. I got two travel calls Tuesday night, so I have to work on that throughout practice. Right now my focus is getting better at half-court situations.

The first Euroleague game was against CSKA Moscow, Andrei Kirilenko‘s team. It was nice to play against him, we talked a little bit and we cracked some jokes. At the end he played a great game and got the win.

Well, as you may know, my friend and teammate Ty Lawson had an argument with some fans on Twitter.

Playing abroad gives you the opportunity to travel a lot and discover very interesting cities. Russia was great. Moscow… I really like it. It’s like a bigger New York City! Nightlife, shopping… Then I went to Kazakhstan, and I thought it was going to be one of the worst places I’ve ever been – that’s what most of my teammates were saying – but it was great! One of the best places I’ve seen in Europe so far! No Borat, friends.

Traveling is always good because it opens your eyes a lot. There’s really good cities besides Miami, L.A. and other cities you know about.

One thing I’ve got to tell you is that I can’t stop watching HBO’s The Wire! I’ve been watching it like crazy. I used to hear a lot of people talking about it, but I never had the chance to watch it. I’ve started like a couple of weeks ago and I just can’t stop watching it. I’m watching Season 5 already. I know a lot of people will root for Jimmy McNulty… Me? No cops! My favorite characters would be Bodie Broadus or Marlo Stanfield.

Well, that’s all for now.

Talk to you soon.