Jonas Jerebko: "I feel better now than I did before the injury"

Jonas Jerebko: "I feel better now than I did before the injury" 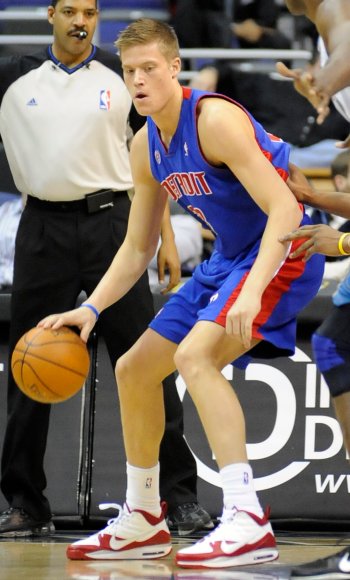 You missed all of last season. How did you deal with that mentally?

Jonas Jerebko: It was tough… The first two months were really tough, but then as the season progressed and you make progress, you kind of look forward to next season. But I’m not going to lie, it was tough. But it got me where I am today so I kind of got something good out of it.

What was the lowest moment in those first months of the injury?

JJ: When it started get to 3-4 months and you feel like you could be out there playing, but really you couldn’t. You just want to be there and help out the team, but they won’t let you… It was tough. At the end of the season was pretty tough too. I felt like I could play, like I could help the team win some games and then they kinda held me back, which was probably a good thing. But it was tough.

So you wanted to play at the end of the season?

JJ: Of course, I wanted to play as soon as I felt like I was ready. I felt like I could have played 15 to 20 games, maybe I wouldn’t have been at 100 percent. Sure it was a good choice to not play, but of course I wanted to.

Who supported you the most during the recovery?

JJ: The Pistons have been great to me. [Strength and conditioning coach] Arnie Kander took great care of me. I think I got the best treatment in the world. I worked every day I don’t know for how many hours, and I’ve been doing that for over a year, so I feel the Pistons took great care of me and Arnie Kander was the best. My family has always been very supportive… All of them have helped me get through this.

It’s been like one year and a half since you played your last NBA game. Why did you pass on the possibility to play in Europe to maybe get some game rythm?

JJ: Yeah, definitely. I’m not lying when I say that I feel better now than I did before (the injury). My first year was great and I don’t think about the injury anymore. I’m feeling great. I just want the season to start so I can start building on what I did on my first year in Detroit.

Were you surprised by the amount of playing time, the contribution you made for the team in your rookie year?

JJ: I wasn’t expecting too much coming into the season. I was a second-round pick, I came from Italy… Not a lot of people knew who I was. I kind of had the perfect situation because I know I can play with these guys and then I got the opportunity to play and show the NBA and Detroit that I belong here. That season is history now and I feel like I can be more of a leader. I feel like I can give a lot more than I did my first season.

What kind of things have you added to your game since we last saw you playing?

JJ: It’s been a whole year. This whole season was a learning thing for me. Being on the sidelines, watching every game what’s going on in the game… I learned a lot. This year I worked on my jump shot, mid-range, threes, my handles… I feel I’m a better player overall.

Are you nervous about free agency?

Would you say the Pistons are your first option in free agency?

JJ: The Pistons is where I started my NBA career, I love Detroit, I love the fans and the organization, but I’m just a restricted free agent and I’m going to let Doug do what he does. We’re gonna weigh our options and see what’s up there. Detroit was my first place and I like it, so we’ll see what happens.

You have mostly played in small cities throughout your career. Are you a big-city type of guy or would you rather play in smaller markets?

If you had to convince another player to go to Detroit, how would you sell him on the team and the city?

JJ: The NBA is the NBA. You travel so much, you don’t really spend a lot of time in the city. But I love the fans of Detroit. The organization is great, we’ve got great history, we’ve got a great young team… Who wouldn’t want to go there?