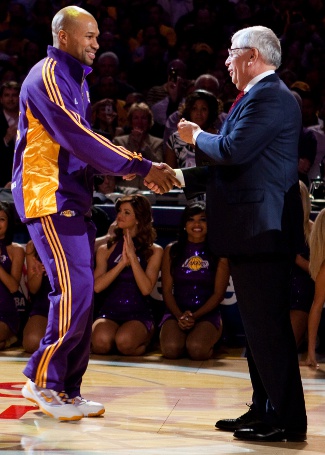 OK, it’s not so funny to you NBA officials, owners and players, but the gods are laughing their butts off as the union dissolves and the players sue, as if there were principes involved, instead of a children’s squabble over 2 percent of revenue they could split, 1 percent to 1 percent.

I hear on Mt. Olympus, it’s already known as The One-Percent War.

But, where are my manners? You have been through a lot, so welcome to NBA Farm, an asylum-er, resort for you veterans of the conflict.

Don’t be embarrassed. You won’t believe some of the people who have checked in.

As owner of the Portland Trail Blazers, Allen paid so much luxury tax for a five-year span, he and the Knicks bankrolled small-market losses all by themselves, with Paul writing the mother of all checks for over $50 million

Unfortunately, it didn’t get the Blazers or Knicks anywhere so they cut back, leaving a big hole in the revenue-sharing plan… which the owners then decided the players should help them fill up!

Throw in an economic meltdown, circa 2008-2011… even if the NBA, for all its fears, saw revenues drop in one (1) season, by 1.7 percent, and came back to set two two records, including last season’s all-timer.

Next thing you know, the owners had decided things were so bad, they couldn’t negotiate a collective bargaining agreement with players in time to start the 2011-12 season.

Of course, with its canny commissioner at the helm – if I may pay you that compliment – the NBA could start and stop the clock as it pleased… so after calling off the first two weeks, they announced they could still play all 82 games – so no one would lose anything!

Both sides loved that. Preparations were made to start before Thanksgiving… until they realized they still couldn’t bridge the 2 percent revenue split separating them.

No, I can’t tell you why they would fight over such a tiny difference, other than having a bad case of themselves, which is when we here at NBA Farm knew this was serious.

Unfortunately, I hardly have to tell you the commissioner wasn't in charge this time, as you always had been, do I, Mr. Stern?

Now you have all those owners who have lost so much money, or threw it out of the window.

Interest payments were a bitch. It was even worse if you were the new Golden State Warriors, Joe Lacob and Peter Guber, who jumped to $450 million with the team expected to go for around $300 million, to preempt a bid by Oracle’s Larry Ellison, whom everyone expected to buy the team.

Phoenix owner Bob Sarver paid $400 million for the Suns, cashing Jerry Colangelo out at the franchise’s height, then, after saying he would leave everyone in place, decided to take over and ran it into the ground.

So, rebound or no, these were hardly the best of times for many NBA owners, with almost 20 of the 30 losing money. 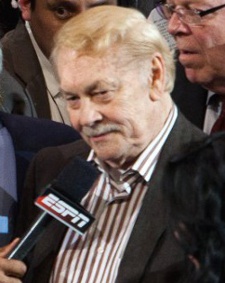 Of course, as Billy Hunter, the former union head pointed out – that’s him in the rocking chair, watching TV, with the ice bag on his forehead – it was hardly the sole duty of the players to even things out among the owners if rich teams like the Lakers made $50 million annually.

Actually, the Lakers were just warming up, with next season’s start of their $2.5 billion, 20-year deal with Time Warner projected to vault them beyond $150 million annually. That’s profit, not revenue.

So all it took was a deal in which the players would throw in, say, $300 million annually – which is what they were willing to give back with their share of revenue dropping from 57 percent to 51 percent.

Meanwhile, the owners would enhance revenue sharing plan, which had dropped to $50 million, 10 percent of what baseball redistributed, which, the commissioner announced, they would “at least triple” to $150 million.

Even with a bellicose three-year runup in the media, which now exists for such things, with suggestions of contraction, rolling back existing contracts, et al., how could they mess it up?

Of course, as we saw, hype has consequences, like the zealot owners turning on their commissioner. 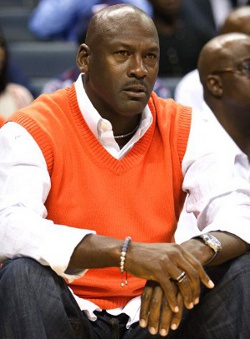 The small-market owners weren’t really zealots and a lot of their markets, or fortunes, weren’t small. They just had teams that weren’t going anywhere – like Allen, Sarver, Charlotte’s Michael Jordan, the Clippers’ Donald Sterling, Cleveland’s Dan Gilbert, Washington’s Ted Leonsis, even San Antonio’s Peter Holt, now that the stars he incurred all that luxury tax for are taken care of.

But why am I telling you this, you were right in the middle of it!

We have a corner suite reserved for you, the David Stern Suite, right across from Hunter!

I know it may take a while to put your old league back together, but maybe you can get into the NHL!

Oh, and I know how much you guys like to trade war stories. Jeff Kessler is right next door!