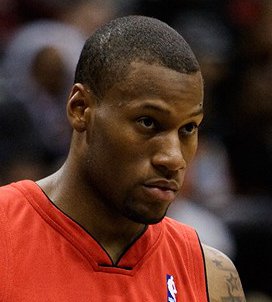 I’m in Moscow as I blog because we are going to play against CSKA in the Euroleague. Moscow is one of my favorite cities in Europe. It’s cold at this time, but it’s not so bad compared to when I was in Kazan… Man, my nose almost fell off! Anyway, injured Andrei Kirilenko won’t play so we may have a chance to win the game, but they are still a great team so if we play like we’ve been playing we’re definitely not going to win. We’re losing a lot of games. We play hard in practice, but we’re not doing that in games and that needs to change.

We need to get a couple more wins so we can still be in the race for the second round. If we don’t make it, then the season will be a waste to me. One of the main reasons I went to Europe is because I wanted to play in the Euroleague, the second most competitive league in the world. Going down so early in the competition would be a big disappointment to me. I’m committed for the whole year, though. Only time will tell what’s going to happen.

Anyway, this Europe experience is going to help me a lot when I go back to the States. I’m learning a lot about playing basketball. Besides, it’s a growing-up process – you’re away from everything that you’re used to. You start to be a man and that’s something I wanted to do and that’s why I made this decision.

Strange days over here, though. After one of my best games so far, where I finished with 22 points, 6 rebounds and 2 assists against Brose Basket to win our first Euroleague game, I had a terrible surprise when I went back home. I got robbed! I had never been robbed in the States. I was like, “Man, what is going on? What is the world coming to?” They took some money and a couple of electronic things… Nothing serious, but there is something I was really sad about: They took my XBox! I paid like $500 for this one and now it’s gone. And they left the videogames!

Guess the NBA guys that decided to go overseas are looking smart right now. I’m still over here collecting checks while others are looking for a job at BestBuy. But hey, sometimes I wish I was in the States watching some football games… My Arkansas Razorbacks might win a national title this year!

On a final note, I want to tell Zalgiris fans to stick with us. We’re going through a rough patch right now. Things will change, we’re a good team, we’re trying to come together as a team.

That’s all for now. Talk to you soon.