Dallas still Plan A for Rudy

Dallas still Plan A for Rudy 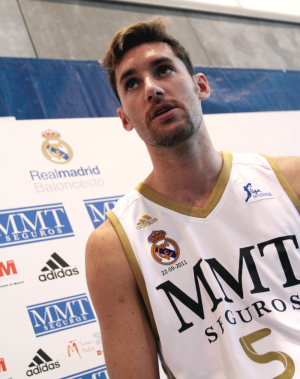 Reports in Spain suggest that Rudy Fernandez plans to ask the Dallas Mavericks for a buyout that would allow him to continue playing with Real Madrid this season, but the rumors were shot down by a reliable source.

“Rudy Fernandez’s plan is to join the Mavericks next week and play with them this year,” the source said. “Asking for a buyout is not an option at this moment at all. He wants to play with Dallas and do a good job there.”

Leaving the Mavericks this year is not totally out of the question, though, if the Dallas situation takes a turn for the worse for Fernandez.

“Plan A is for him to play with Dallas,” the source said. “I wouldn’t even call this plan B, more like plan C, but there’s a small chance the Mavericks could be asked to accept a buyout or asked to use the amnesty clause on Rudy if things are not looking good for him there, if there’s not a decent role for him there… Now that’s when the option of leaving Dallas would be considered. But there’s nothing true about that report right now.”

Two months ago, Fernandez signed a contract with Real Madrid that makes him one of the best paid players in European basketball history. The Spanish swingman, who won the gold medal at the Eurobasket for the second time in September, averaged 8.6 ppg and 2.5 apg with the Blazers last year.