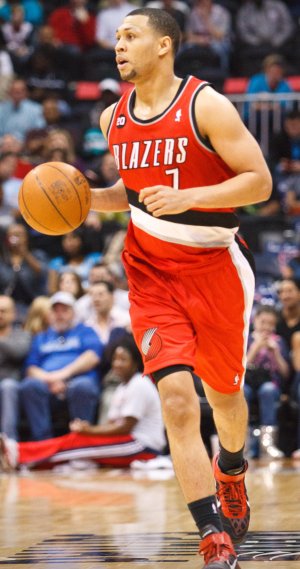 Among the more interesting features of the impending Collective Bargaining Agreement, if ratified as expected, is the amnesty clause. According to terms of the deal listed in SI.com, “Each team is permitted to waive one player prior to any season of the CBA (only for contracts in place at the inception of the CBA) and have 100 percent of the player’s salary removed from team salary for Cap and Tax purposes.”

The player would be paid the full amount.

So teams will have big decisions to make. Will they eat huge salaries, or not be able to stomach paying in some cases, tens of millions of dollars, for a player to get off the books?

Below are suggestions, but not predictions for how each team should consider dealing with the amnesty clause. The salary figures are the ones used in HoopsHype’s salary section. It’s quite possible that a number of teams elect not to use the amnesty clause for this season.

Also if a player has a team option, that isn’t included in the remaining years of his deal.

Atlanta – Zaza Pachulia, 2 years, $10 million. According to HoopHype, the Hawks have $65 million committed to nine players this season. Pachulia averaged just 17.7 minutes in the postseason and 15.7 in the regular season.

Boston – Jermaine O’Neal, 1 year, $6.2 million. O’Neal has had injury issues and the Celtics could use some savings, but would still be well above the cap even if he departs.

Charlotte – DeSagana Diop, 2 years, $14.3 million (which includes a second-year player option). There are so many candidates. Corey Maggette, who was acquired from Milwaukee, has two years and $21 million left, but one thing he can do is score and the Bobcats desperately need offense. Boris Diaw makes $9 million this year but started all 82 games and while he’s inconsistent, was still a valuable piece. Diop has been among overpaid and if Michael Jordan is willing to eat a lot of salary, this could be the move.

Cleveland – Baron Davis, 2 years, $28.8 million. With first overall pick Kyrie Irving needing minutes, there doesn’t appear to be a place for Davis. And his contract would make him difficult to trade.

Dallas – Corey Brewer – 2 years, $6.2 million. Brewer didn’t have much of a role after joining Dallas late in the season. He played a total of 23 minutes in Dallas’ 21 playoff games. Another candidate is Brendan Haywood, who has four years and $34 million remaining, not including a final $10 million team option.

Denver – Andre Miller, 1 year, $7.8 million. With Ty Lawson, Miller doesn’t figure to play the type of minutes he’s used to. Al Harrington, who will be paid just under $28 million the next four years, is a possibility, but the Nuggets are going to need somebody who can score. Denver is so far below the cap that it’s possible the Nuggets may want to keep Miller for his experience on this young team.

Detroit – Richard Hamilton, 2 years, $25.3 million. Detroit has been trying to trade Hamilton for a while but the contract has been a hindrance. He still may be able to help a contender, but wouldn’t be a good fit in this rebuilding program.

Houston – Hasheem Thabeet, 1 year, $5.1 million. Everybody likes size, but this former No. 2 overall draft choice hasn’t shown any indication that he will be a late bloomer.

Indiana – James Posey, 1 year, $6.9 million. His better days are past, although the young Pacers could use a savvy veteran, but for a much better price. The Pacers are well under the cap and are positioned well to improve in the future.

Los Angeles Clippers – Chris Kaman, 1 year, $12 million. He is still a productive player but in three of the past four years he hasn’t been able to stay on the court, appearing in 56, 31, 76 and 32 games. The Clippers have a solid young nucleus and this is a place that may actually be able to attract a quality free agent in the future. 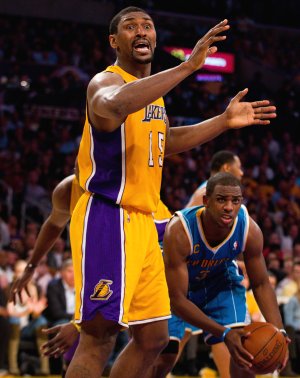 Los Angeles Lakers – Metta World Peace (formerly Ron Artest). He has two years and more than $14 million, which includes a second-year player option, but his best days are long gone and he can still be a distraction. Luke Walton’s two-year, and nearly $11.8 million will also be considered.

Memphis – OJ Mayo, 1 year $5.6 million. He has been inconsistent and might flourish in another environment, but he isn’t a great shooter nor is he a good decision maker, with a career 2.8 to 2.1 assist-to-turnover ratio.

Miami – Eddie House, 1 year, $1.39 million. The Heat will continue to have to sign players at bargain basement prices to complement the Big Three. Every penny will count and House, who can hit an occasional three-pointer, didn’t see much action for the Heat, playing just 48 minutes in the entire playoffs.

Milwaukee – Shaun Livingston, 1 year, $3.5 million. In a career that has been slowed by knee injuries, Livingston played in 73 games last year for Charlotte before being part of the Stephen Jackson trade to the Bucks. Milwaukee has enough guards vying for playing time.

Minnesota – Martell Webster, 1 year, $5.25 million. He has showed flashes, but has never lived up to his billing as the No. 6 overall pick in the draft when he was selected by Portland in 2005. The most tempting contract to get rid of would be Darko Milicic, but he’s owed $15.6 million over the next three years and for a franchise like the Wolves, that is a lot of money to eat.

New Jersey – Travis Outlaw, four years, $28 million. This is a lot of money and while we have been conservative with our choices, the Nets need to attract better players to convince Deron Williams to re-sign when he becomes a free agent after this season. Nets owner Mikhail Prokhorov can afford this type of expensive mistake, but he likely won’t put up with too many of these.

New Orleans – Jarrett Jack, 2 years, $10.8 million. The NBA owns this franchise and it’s doubtful it will eat huge contracts of Emeka Okafor (3 years, more than $40 million remaining) or Trevor Ariza (3 years, more than $21.7 left, including a player option). The Hornets may not even want to eat the $10 million, and it’s possible they don’t make a move. However, if New Orleans is about keeping Chris Paul beyond this year, they will have to sign some better players.

New York Knicks – Renaldo Balkman, 2 years, $3.35 million. Not counting Toney Douglas, who has a team option in 2012-2013, the only other players signed beyond this year are Amare Stoudemire, Carmelo Anthony and Balkman. The Knicks could trim $1,675,000 off the 2012-2013 books by wiping Balkman’s contract off, getting further under the cap to make a pitch for a third superstar free agent such as Chris Paul or Deron Williams.

Orlando – Gilbert Arenas, 3 years, $62.3 million (which includes a player option). It’s not our money, but we could see where Orlando would balk at paying somebody this type of money not to play. Arenas hasn’t been an impact player since the 2006-07 season. Another candidate could be Chris Duhon, owed more than $11 million over the next three years. The Magic will have to make a bold move this year. Dwight Howard could opt for free agency after this season and Orlando has to give him a reason to want to stay by building a contender.

Philadelphia – Andres Nocioni 1 year, $6.6 million. The new ownership group likely wouldn’t eat the final two years and $35.2 million of Elton Brand’s contract. Plus, Brand was a productive player in his third season with the Sixers and emerged as a leader. Forget about eating Andre Iguodala’s contract (3 years, $44.1 million left which includes a player option). Iguodala is either going to be a central building piece on this team or will be traded but he won’t be let go for nothing more than cap relief.

Phoenix – Josh Childress, 4 years, $27 million. This may not happen because Suns owner Robert Sarver runs a tight budget, but for a player who averaged just 5 points per game, it has been a poor signing. Plus Steve Nash is a free agent after this season and to re-sign him, the Suns likely have to show that they will be a competitive team, which means signing better players than Childress.

Portland – Brandon Roy, 3 years, $49 million. A former All-Star, Roy hasn’t been plagued by knee problems and it’s hard to find anybody projecting him to return to his former all-star form. One owner who could afford this steep sum is Portland’s Paul Allen, but whether he would be willing to eat this much money is another story.

San Antonio – Richard Jefferson, 3 years, $30.5 million. Again, a lot of money to swallow, but Jefferson has been a major disappointment in his two seasons with the Spurs.

Toronto – The Raptors overpaid for Amir Johnson, who is a solid young player, but will be paid $25 million over the next four years. The guess here is that Johnson ends up staying.

Utah – Raja Bell, 2 years, $6.7 million. The 35-year-old Bell, once considered among the better defenders, is on the downside of his career. If Utah is looking to sign a free agent this season, then Mehmet Okur (1, year, $10.89 million) could be a candidate.

Washington – Rashard Lewis, 2 years, $45.9 million. Again, this may not happen because this is an awful lot of money, but Lewis, who is an old 32, doesn’t figure to be part of the Wizards long-range plans.