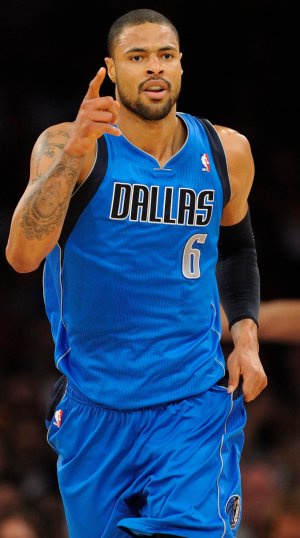 The free agent frenzy has begun and just like the NFL a few months ago, we are about to experience the excitement of finding out what happens with our favorite teams.

I can’t even imagine how frenetic these next few weeks will be. This process normally starts in July and ends in late September right before a normal training camp.

Just imagine players getting signed in the middle of the abbreviated training camp and forced to learn a system in a matter of days.

This will be exciting and at the same time a nightmare for our fantasy lovers.

There are teams on the cusp of winning a title like the Heat, Spurs, Lakers, Thunder, Bulls, Celtics and Magic that need just the perfect fit.

There are teams like Atlanta, Memphis, New York, Indiana and Portland that are trying to hold on to key players and then add a key component to move to the next level.

Then we have teams that made the playoffs (barely) like Philadelphia, New Orleans and Denver, who has already lost players to China, in a position where they could lose their key guys to free agency and miss the playoffs.

Utah, Phoenix, Houston, Clippers and Milwaukee are all potential lower-seeds but it will depend on keeping players and adding some key veterans.

Finally, the Dallas Mavericks will have to secure Tyson Chandler and Caron Butler if they hope to repeat this year. I mention Butler because every defending champion needs a hungry player, one that didn’t get to enjoy the success of participating. A healthy Butler would be the wild card the Mavericks need. Most importantly, Butler will replace the points Jose Juan Barea gave them on a nightly basis because most likely they may not be able to re-sign him.

In the next few days, I will list my Top 10 free agents by position. Today we start with the centers.

Space eater who actually has some limited offensive ability. He only rebounds in his space, but you put him on a team that has great passers and he could average 10 points a game.

Przybilla has a big body and an edge to him that would be huge come playoff time. He couldn’t score if you lowered the rim and gave him a ladder, but he’s an excellent defender and seems to be a great teammate.

A true professional that offers a team whatever it needs. Thomas might be the best in the NBA at setting screens and he’s solid enough from 15 feet on in to knock down the shot. I might be a little biased in saying this because he is one of my favorite players ever, but any team that signs him will immediately upgrade their locker room, which is huge over the course of the season.

I like him and for some reason I believe he will become a double-double player in Philadelphia or somewhere else. Defense is nothing to brag about, but at 7-foot-1 he has potential. He needs to continue to bulk up and work on his back-to-the-basket game.

If this player finally gets healthy, what a force he could be.

Oden is the poster boy for why kids should not attempt to play 82-plus games before their body is fully developed. He looked the part physically, but it has become obvious he was not strong enough to handle the weight and body he was carrying. If healthy, he would become the best defender in the NBA hands down at the center position. Someone will take the chance to find out.

Dalembert is extremely close to being a double–double guy for his career at 8.1 ppg and 8.2 rpg. I hope he views that as a disappointment because he has the ability to do it every night. What I am most shocked by is his blocking average: 1.9 bpg. His arms are so long he can tie his shoes standing up and that’s all he can give a team in terms of defense? He should be the best defensive center in the NBA with his skills. If he leaves Sacramento, he no doubt should pick a team that will enhance his abilities and not fatten his pockets. 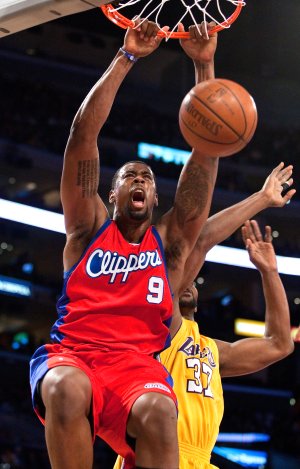 Message to the Clippers: Pay him. He is 23 years old and I assume the reason you drafted a kid was to allow him to grow. I truly believe he and Blake Griffin will form a tremendous duo for years to come. Once he learns how to shoot free throws, his game will blossom. It’s amazing how that deficiency can slow down a player’s confidence and growth (ask Karl Malone). Jordan has every potential skill a big man would need and it’s going to get better each season.

A lot of people have Nenê rated as the top free agent available. Although I like his tenacity and size, I am not sure that we haven’t seen the best he has to offer. This will be his 10th year and his career scoring average is 12.3 ppg and 7 rpg. If I were Nenê, I would not be looking for a team that will count on him to carry them. He could be an All-Star on a team that is on the cusp of a championship.

It is amazing the transformation he has made… Or was it the exact scenario I was explaining above in regards to Nenê? The best place for him is Dallas and I can’t imagine they would let him escape. He has evolved into a tremendous defender, rebounder and leader. Without him, the Mavericks lose the Finals.

Gasol is the prototype center and at age 26 he will get nothing but better every year. I really love his demeanor and enthusiasm to play the game of basketball. If he was selfish, he would be a 20-10 easily. He gives it up because he has one the best scoring forwards in the game next to him in Zach Randolph. He is good at everything and if Memphis allows him to escape, they will be a 35-40 win team again. Gasol is the best free agent available at any position because he will add wins immediately.