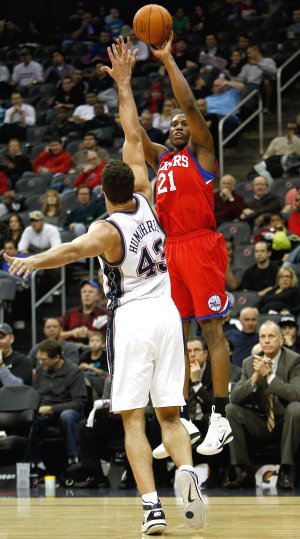 I’m not excited about the power forward class this year. There are no game changers on this list, but it does have a few players who could make a difference for their current or future team.

Anyway, will a team risk giving up huge salary space to sign these guys? I doubt it. That’s why a number of these players will wind up headed back to their original team… Or will be surprised what their worth is on this year’s open market.

I don’t know why I put him here… But hey, he is a seven-footer with a decent shot and looks like he can play. That might be enough to scare someone when he walks on the floor during warm-ups.

Clark is another sad case of a kid coming to the NBA not ready. Clark has an array of skills to go with his size. He no doubt could be a lock-down defender if he somehow committed himself to getting better. I expect him to get one more chance before he is sent off to play a long career in Europe. Definitely did not help himself with a short stint in China.

Murphy seems to be falling off a cliff in regards to his basketball skills, but he can still shoot the basketball and stretch the defense. Seemed to be intimidated playing with a veteran group last year in Boston. I still think he could help a team looking for a long-range threat.

It is obvious this young man was not ready for the NBA three years ago, but with his body and wingspan I still believe he can improve and start to live up to being drafted 8th in 2007. He has an advantage being in a free agent pool of power forwards that is extremely weak this year.

McRoberts is an athletic big man that can handle the basketball and shoots a very good percentage. Started 51 games last year and it was mainly because of his versatility. I definitely could see a number of teams taking a look at him if the Pacers decide to allow him to go get an offer.

Landry can play with the best of them, but I am perplexed as to why he can’t stick with a team. He is a monster when he gets great post position and when his feet are set he is very good from 12 to 15 feet. Landry is undersized for a power forward and thus gets worn out inside defensively on a consistent basis. I thought he did a good job filling in for David West and since West is looking to leave (supposedly), Landry will not be allowed to get away. 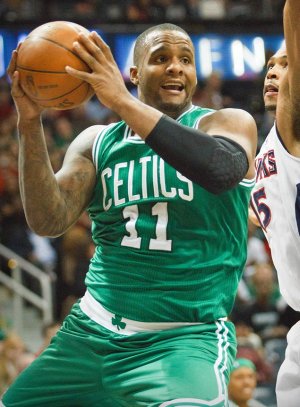 Davis could be an All- Star or a bust if given a chance to start every night for a team. He has very good low-post skills to go along with a solid mid-range game. With confidence, he could become a double-double player and at the same time be a factor defensively. Ultimately, Big Baby needs to mature on and off the court and that would be the biggest concern for any team interested in signing him.

Humphries is a double–double player with loads of energy and enthusiasm. I am extremely impressed with his growth as a basketball player. I think his biggest asset is his ability to guard centers and forwards and be a factor blocking shots. I would not be surprised if he outperforms the players I have listed ahead of him this upcoming season.

Young was the most versatile scorer in the NBA off the bench last season. He is a nightmare for anyone sent out to guard him. He can beat you off the dribble, slashing off the ball or on the offensive glass. Teams are drooling at the thought of adding him to their roster and I am sure Philly is well aware of that.

I am putting West No. 1 because it’s a no-brainer if he’s healthy. Is the knee injury a thing of the past? I would not bet against him because he has been a true professional since he entered the NBA. West is a beast offensively and on the glass. Defensively, he will give up size and strength a lot of nights and that will be a worry for any team that signs him.