How to make the CBA better

How to make the CBA better 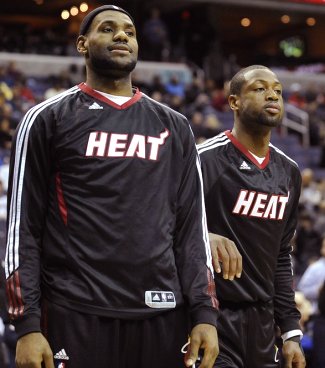 1. Afford teams that draft superstars greater advantages in retaining them long-term: This is important if the league desires superstar distribution and the prevention of superteams. As explored previously, a soft franchise tag allowing teams to make significantly stronger offers to their own superstar free agents would improve the game. The originally drafting team should be able to offer two guaranteed contract years more than any other suitor and at least 10 percent more annually. This would make it substantially harder for these players to walk away. A sign-and-trade would not carry these added guaranteed years and dollars. This system is ideal because it does not force a player to stay but makes him leave significant additional guaranteed salary on the table if he chooses to walk.

2. Cap the amount of a contract that can be “amnestied”: Teams who have made the biggest mistakes may reap the biggest benefits of the current amnesty clause. However, in the event that the NBA allows teams to acquire and then “amnesty” a player, putting a ceiling on the “amnestiable” salary becomes slightly less important. A massive mistake will be made if teams are not allowed to acquire and then “amnesty” players if they have no amnesty-worthy players of their own.

3. Include some amount of revenue sharing based upon a combination of the measurable metrics of market size, franchise profitability, and prior winning percentage: Instead, the CBA seemingly allows the commissioner’s office unprecedented power (which says a lot) to use 50 percent of luxury tax receipts for ambiguous purposes. While I have faith in commissioner David Stern’s desire to ever-improve of the Association, the power to subjectively distribute half of what could be well over $100 million in luxury taxes could create great internal dissent.

4. Disburse tax rebates differently among non-tax paying teams in accordance with just how far under the tax threshold they are: Teams spending just under the tax threshold and teams spending at the league floor should not both receive the same tax rebates because the competitive advantage differential (using team salary as an imperfect metric) that taxpaying teams have over them is different. There is not a concern that team owners would habitually spend at the floor in order to reap greater tax rebates because doing so would in all likelihood lead to a non-competitive team which is bad for the owner’s reputation and his business.

5. Allow high school graduates to turn pro without first going to college: “One and done” is patronizing, as the NBA tells young men and their families that it knows what is best for them. A meaningful academic education is not attained in one basketball-heavy year on and off a college’s campus. This is a rule that clearly protects NBA veterans’ longevity at the expense of some young men who could better perform and who need the money far more. If the NBA is a superstar-driven league, then let the superstars show their skills and mature their game as soon as possible.

6. Increase the traded-player exception for non-tax teams to 150 percent of traded salary plus $500,000 (and do the same for taxpaying teams; i.e. 125 percent + $500,000): This would allow greater movement of draft picks and rookies who will be some of the most sought after players under the new agreement.

7. Provide some form of compensation to teams who lose originally drafted lottery picks to free agency who go on to sign deals of greater than $60 (or maybe $70?) million to play elsewhere: If an agreeable trade or sign-and-trade cannot be had, the team originally drafting the player should not wind up with nothing. It makes a mockery of the NBA’s stated intention of a league with greater parity. 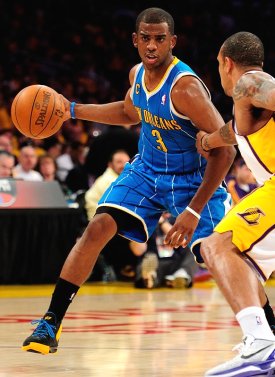 8. Kill the rule that prevents teams from dealing first-round picks in back-to-back years: This rule may actually prevent teams from intelligently optimizing their strategies for success under the new CBA, one in which contributing players under their rookie contracts, while not paid the most, will be of particular value. This rule punishes the majority of sensible front offices because of the irresponsible, historical actions of a few. GMs getting paid handsomely and billionaire owners are sophisticated parties who should not be protected from themselves when dealing two first-rounders consecutively could be an apt strategy (i.e. if it helped the Knicks acquire Chris Paul). A better alternative would be to allow consecutive first-rounders to be dealt unless the commissioner’s office ruled that the trade was, more likely than not, perilous to the overall health of the franchise.

9. Disclose the specifics of the revenue sharing plan for public vetting: Revenue sharing should be negotiated between the NBPA and NBA because of how significantly it impacts the viability of threshold franchises and, thus, the viability of players’ jobs. Some fans see at least some form of local revenue sharing as a key to leveling the playing field between the haves and have-nots. The players have made significant sacrifices to lessen the burden on owners of struggling franchises. Owners of consistently profitable franchises should be required to make sacrifices as well, and revenue sharing through luxury taxation does not accomplish this goal. To illustrate, the Los Angeles Clippers and Chicago Bulls are in huge markets, but neither paid any luxury taxes under the prior CBA; they actually received tax rebates each year!

10. Make the mid-level exception for “Room Teams” at least as vigorous as that afforded to teams spending into the luxury tax: These provisions seem to run contrary to the purported goal of reigning in spending by those spending the most and encouraging spending among those spending less.