Chandler not enough to contend in the East

Chandler not enough to contend in the East 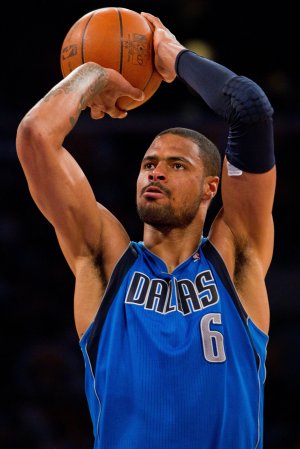 The Knicks’ inking of Tyson Chandler will have a profound effect on the immediate fortunes of both Dallas and New York.

The defending champions didn’t aggressively pursue re-upping Chandler only because they were saving their available millions to spend on next summer’s bumper crop of free agents. As a result, the Mavs are now defenseless in the middle and their chances of repeating are profoundly compromised. The only available free agent who could possible duplicate Chandler’s role is the incredibly erratic Samuel Dalembert.

At the same time, Chandler’s long-armed presence in the paint is a considerable boost to the Knicks potency. That’s because Chandler is a superb shot-blocker (which will largely compensate for the considerable defensive deficiencies of Amare Stoudemire and Carmelo Anthony) and a valuable rebounder (which will make up for Stoudemire’s weak board-work). Also, the fact that Chandler doesn’t need any touches on offense makes him a perfect fit with the ball-centric skills of Stoudemire and Melo.

Even though the Knicks new frontcourt showcases one of the league’s most well-balanced and explosive alignments, there are (as ever) some drawbacks to their championship aspirations.

Because of Chandler’s penchant for being in perpetual foul trouble, the Knicks are in dire need of a capable backup. At present, (and with the energetic Ronny Turiaf dealt to Washington) only Jared Jeffries is on board. While JJ is a diligent defender against both centers and power forwards, at 6-10 and a leansome 215 pounds he’s not nearly the lane-plugger that Chandler is.

Moreover, Chandler is a non-entity on offense except when he’s employed in a screen/roll situation – working in tandem with Jason Kidd, Chandler was good for three or four S/R dunks per game. Unfortunately, none of the present point guards excel in this maneuver, so opposing defenses can mostly ignore him.

With Chauncey Billups amnestied, the Knicks new point-man is Toney Douglas. However, Douglas is a scoring guard in a 6-1 point guard’s body. Yes, he can play aggressive defense, but thus far in his career (two previous seasons) Douglas has failed to demonstrate the skills, the willingness, or the savvy to run an offense. Indeed, his philosophy seems to be along the lines of when-in-doubt-air-it-out.

The Knicks have been courting (and are on the verge of signing) Mike Bibby to serve as Douglas’ backup and tutor. Bibby can certainly knock down an acceptable number of treys, is an extraordinary screen/roll practitioner, and rarely makes mistakes with the ball. But, at age 34, he’s slow, atrocious on defense, was never a top-flight athlete, and is virtually incapable of taking the ball to the basket – last season, in a total of 80 games with Atlanta, Washington and Miami, Bibby was awarded only 62 free throws (making 39).

Still, with Douglas basically a grade-school level point, look for Bibby to get plenty of burn – and to cash in a season full of three-pointers on kick-out passes when defenses gang up on Anthony and Stoudemire.

So, if Tyson Chandler is a huge plus, the Knicks emptied out their bench to procure Anthony, and they’ve done little to refill the vacuum. Despite the local media hype, unless more drastic measures are taken to obtain serviceable substitutes, there’s no way the Knicks could ever get past, Chicago, Miami or Boston in the playoffs.

Look for another frustrating season in the Big Apple, and for Mike D’Antoni to become the first post-season casualty.