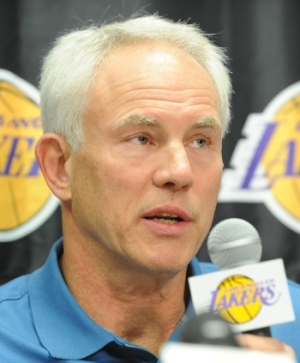 Watching the Los Angeles Lakers over the past several months has been much like following The Tudors series on Showtime. You know lots of people are headed to the Tower and the chopping block. It’s just a matter of sorting out who and when.

In Los Angeles, the proceedings aren’t nearly so graphic, but, boy, they sure are emotional. The Lakers and their fans have enjoyed the kind of fun over the years that other franchises can only dream about.

Their success has involved the hard work of a lot of dedicated people, many of whom have been shown the door in recent months as the Buss family now goes about the grim business of deconstructing the organization it built over the past 30 years.

Now, the talk in and around Lakersville is beginning to gather around longtime executive Mitch Kupchak. Some around him are beginning to wonder if he isn’t sagging under the unending burden of trying to educate Jimmy Buss, who has been given the keys to the franchise by his famous father, Jerry Buss.

Such news is immediately surprising because Kupchak has the sort of poker face and demeanor that make him an excellent GM. He certainly hasn't sounded demoralized in his recent public appearances.

But word keeps popping up about differences he has with Jim Buss about personnel strategies and decisions, specifically how centers Pau Gasol and Andrew Bynum might factor into any moves the Lakers attempt to make going forward.

It’s quite likely that the talk about Kupchak leaving would have never occurred had NBA commissioner David Stern elected not to nix the Lakers’ trade for point guard Chris Paul in December.

It was clearly set to go down as yet another crowning achievement for Kupchak in an age when success for GMs is increasingly hard to come by. Clearly, the addition of a top-notch guard would have made much smoother the Lakers’ transition away from the Phil Jackson era.

If Kupchak should in fact depart, in all likelihood it would not be imminent and probably would not occur during the season. That’s just my guess.

The picture is that he’s perhaps unhappy with the degree of difficulty of dealing with Jim Buss. Others suggest that the sycophantic approach with Buss employed by new coach Mike Brown is a factor in that unhappiness, but in his public comments Kupchak has been nothing but supportive of Brown and the huge challenges he faces in the shortened season.

Whatever the basis, the noise certainly comes at a tough time, as the Lakers spend February playing a slew of road games while trying to avoid racking up the worst road record in franchise history.

Even if such conflict is overstated – and it could well be – the mere course and volume of events with the Lakers could have demoralized lesser men. 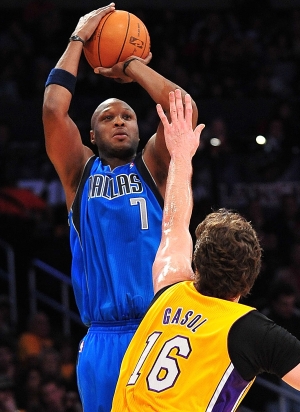 The list is long: The end of Phil Jackson’s legendary tenure as coach; the team’s poor showing in last year’s playoffs; the widespread layoffs of Kupchak’s scouting staff and many of his friends and longtime co-workers; the hiring of Mike Brown; the nixed trade for Chris Paul; the subsequent trade of Lamar Odom to Dallas for a mere trade exception; the huge transition the team faces in creating a new success.

We could add dozens more, but you get the picture.

For decades, Kupchak has done his job extremely well while making sure there has hardly been a peep about his own contributions.

That’s why the mere talk about him leaving is remarkable.

He studied and learned the trade for years under the great Jerry West, but where West had to haul around his ego in a golf cart and was given to making noise about leaving the franchise on a regular basis over his two decades in the front office, Kupchak has always been the unassuming guy who has quietly gone about the business of upgrading the roster.

That business of upgrading has become extremely complicated in itself with the NBA’s new collective bargaining agreement. And Kupchak has not been shy about the challenges the Lakers face in trying to meet the expectations of a demanding fanbase as the league attempts to even out the disparity between its large and small markets.

The payroll penalties for large market franchises like the Lakers are about to zoom into the stratosphere. There’s a decided effort at cost cutting by the Lakers, who have long been known to count paper clips. But laying off the bulk of the team’s scouting staff makes you wonder if perhaps Jim Buss hasn’t seen Moneyball once too often.

All the while, fans are carping about rising ticket prices even as the Lakers inked a multi-billion dollar broadcast deal with TimeWarner.

For years, a certain segment of the Lakers fanbase has referred to Kupchak derisively as “Kupcake.” Obviously, those fans fail to recognize Kupchak’s ability to negotiate in and around an immensely complicated landscape.

Sorting out the truth amidst all of these events, opinions and factors is an immense difficulty. The bald reality is that the Lakers are headed into a down cycle following Jackson’s unparalleled success. Such cycles are to be expected even with great teams. Over their history, the Lakers have mostly done a good job of managing these cycles.

Owner Jerry Buss has long known that such rough spots are harsh. He certainly knew these days were coming. Many observers, myself included, have called for him to make his daughter Jeanie Buss the head of the franchise instead of son Jim. In truth, his selection of Jim has long been a mystery to team employees, to other NBA executives, to the media, and to fans alike.

But now that this day has arrived, it’s possible that Jerry Buss didn't want Jeanie taking the heat for the transition. Perhaps he gauged that Jim could better withstand the anger of the fanbase.

Perhaps Jerry Buss figured the team would have found better luck while pushing off from the Jackson era and coach’s immense popularity.

In the Zen Master’s wake, the Lakers are in the process of rebuilding their entire organization, a substantial makeover. Such things take time and patience. The hard part is, there's always huge collective pain when teams move past great eras. Fans have emotional attachments to players like Lamar Odom or even to staff members, such as longtime equipment manager Rudy Garciduenas who lost his job.

I've been as tough as anybody on the Busses as this transition started, but I do think the Buss family, with all it has done to build up the Lakers, deserves the benefit of doubt from fans as the league enters a new era. It takes time to read the challenges of change and to respond.

The bottom line? Whether Mitch Kupchak stays or goes, he should be appreciated for his stellar, perceptive tenure with a great franchise.

As for Jim Buss, here’s also hoping that he has a plan that doesn’t involve too many more long walks to the tower. And a little luck would be nice too.