Kyle Singler: "I haven't made up my mind about next season"

Kyle Singler: "I haven't made up my mind about next season" 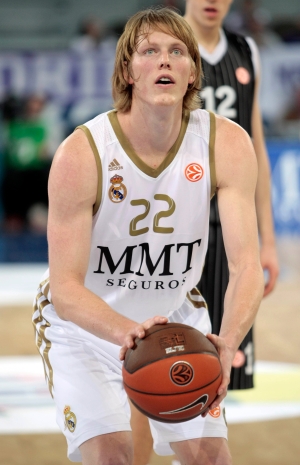 What expectations did you have going into the Spanish League?

Kyle Singler: Coming here, I was just expecting to play till the lockout ended, but what I expected to get out of this is playing against good competition.

Why Spain and not another country?

KS: The reputation of being a good league. I felt like it was the right situation for me in order to play and contribute to a team that needed help.

Had you ever envisioned playing overseas while you were in college?

KS: It really wasn't an option. When I was in college, I thought about putting my name in the draft, get drafted and then go to the NBA. Playing overseas wasn't really an option for me, but when the lockout happened I wanted to play and this was the only thing available for me. It's a good situation and I'm glad it happened.

KS: Probably. Just having an offer to play for one of the best teams in Europe was an opportunity I considered because of their reputation. If the option was staying in Alicante, I probably would have gone to Detroit.

Were the Pistons upset about your decision?

KS: I really didn't talk to them about it. I didn't discuss the decision with them. My agent kind of talked about it with them. I was basically not involved. I know they were disappointed, but they've been so supportive… We've talked once or twice since I decided to stay.

How did you feel about falling to the second round of the draft? Was that expected or a surprise for you?

KS: I knew I was going to be a late first-round pick or an early second-round pick. I wasn't really surprised, but I was disappointed that I wasn't in the first round. 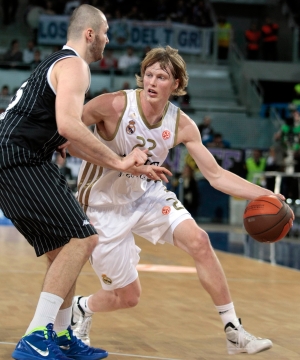 No regrets about staying for your senior year?

KS: No, not at all! Not a lot of kids nowadays get the chance to spend four years in college. I feel fortunate to be able to be a college kid, play basketball with great teammates, experience winning a national championship and experience being a senior.

Is there anything that's going to beat the feeling of winning an NCAA title?

KS: It's tough to top that. Playing my senior year and not being able to repeat, that was really disappointing, but I accomplished a lot over my career and, looking back, winning the national championship was one of the best moments.

Are you watching the Pistons games this year?

KS: I know they are not doing too well. But they are a team that's building, they are young and they are not going to have a great year. But as long as they compete and play hard, that's all you can ask for.

What's going to happen with you next season?

KS: I have not decided. I haven't made up my mind yet. I can stay for another year or I can go back. I really don't know. I'm not leaning one way or the other. I'm concentrated and focused on playing here right now and winning basketball games.

What would be a successful year for you with Real Madrid?

KS: Just being a solid defender. Scoring when I get the opportunity. Mainly just helping my team win. I've always been the type of player that puts the team first. If we win championships, I'll be happy regardless.