Back in the NBA? We'll see

Back in the NBA? We'll see 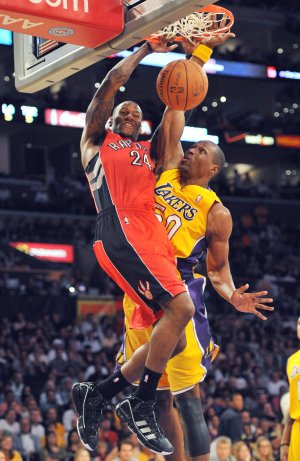 It's been a while since I posted my last blog… I've been playing with Zalgiris Kaunas and boy, this winter is really hard! It is cold. It's like -25ºC degrees outside, like -15ºF… It's something I've never ever going to get used to! I'm always in the house. Lots of hours playing XBox… and trying my best here playing with Zalgiris.

We're down 0-3 in the Top 16 of the Euroleague after losing against FC Barcelona. It's a tough situation right now. We've got our backs against the wall and if we lose again on Thursday against Barcelona we probably won't make it to the next round. We have three more games and we can't lose. I'm ready.

Sadly, if we don't make it, I don't know… I've been in discussions with my agent Roger Montgomery and owner Vladimir Romanov and see where the future lies. We've had strong discussions with the owner to see what can we do if we don't make it, but I don't think I will stay around for the end of the Lithuanian League. I want to keep playing with Zalgiris and make the Top 8. We'll see if I stay playing the Lithuanian League and the VTB League, which is competitive but it's not like the Euroleague. I came over here to play the Euroleague and there's no more Euroleague…

If we don't make the Top 8, I will probably go back to the NBA, but you never know. We'll know in about two weeks or so.

After making a clutch dunk to win a Euroleague game against Unicaja, we won a game against Khimki in the VTB League. This time it was a good dunk with only five seconds to go. Actually, the play wasn't for me. 'Wow', that's what I said. The play was for one of my teammates but they played good defense and I decided to do it myself. I got the ball and I just made the play. I'm an NBA player so I had to do what I had to do to win the game.

I've never been on a team where I was the main guy. I'm trying to help this team, we made the Top 16 in the Euroleague and we're 12-0 in the Lithuanian League. But you know, my main goal is winning the Euroleague title.

Talking about dunks, lately there's been two very good dunks in the NBA. The best dunk this season has been the Blake Griffin dunk over Kendrick Perkins. I also saw the LeBron James dunk over John Lucas. I played with John in the D-League and, man, I don't know what he was thinking.

RAPTORS NOT MY TEAM ANYMORE

Some people ask me about the Raptors. Well, Toronto is not my team. They don't mention me in their future plans or anything like that. A couple other NBA teams are really interested in me and that's what I'm looking for. I'm not just focused on Toronto because you read articles about the team and my name never comes up. I'll just focus on finishing this season and find the best possible team. I have some overseas teams also interested, but my main goal is going back to the NBA. If it's not possible, I'll stay in Europe.

It's still all up in the air.

Talk to you soon! 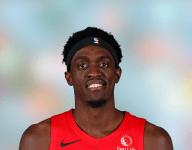 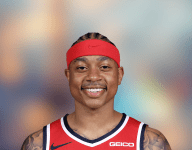 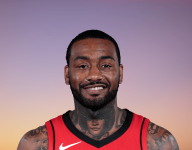 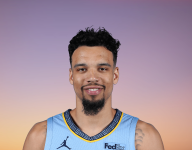