Ron Harper: "I would like to get back in the game in four or five years"

Ron Harper: "I would like to get back in the game in four or five years" 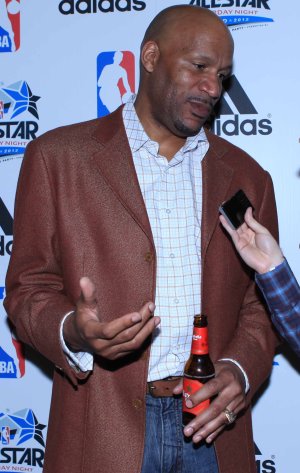 What have you been up to lately?

Ron Harper: Well, I have a 1-year-old daughter, a 5-year-old son, an 11-year-old son… I live in New Jersey and they keep me busy! My two boys like to play basketball so I enjoy watching them play.

RH: It was a good experience. After getting that chance I feel good about helping somebody out, but now I had to make choice and focus on my family. I made the right choice right now, but I would like to get back in the game in four or five years.

Other great players like Patrick Ewing are trying hard to get a head coaching job.

RH: Ewing is fighting and he's doing a wonderful good job down there [in Orlando]. He's a guy who understand this game and knows a lot.

RH: He played the game extremely well and he knows about the game so one day somebody will give him the chance to be a head coach.

There's been some comparisons already between the 90's Bulls and the current Bulls.

RH: They are a very good young basketball team. They are very talented, they have a great head coach. Chicago is the best place that I ever played basketball, so the Bulls will be always in my heart.

And what do you think about Derrick Rose?

RH: Derrick Rose is a phenomenal point guard, can shoot, he knows how to play the game… and the best part about him is that he is a very humble guy. He just loves to play.

So if somebody can stay humble after signing a potential $200 million dolar deal, that's Rose.

RH: You know what? He has very good genes. His family did a great job with him. It's not about how much cash you make, you have to love playing the game. And you can tell he loves playing the game.

Will the Bulls win it all this year?

RH: It's up for grabs this season. It's a short year, you have the chance to see four or five great teams play every night. You have the Bulls, the Heat, the Thunder, the Mavs… But don't sleep on the San Antonio Spurs. They are always in the background sneaking in on somebody. The Indiana Pacers are my dark horse.

You played for both the Clippers and the Lakers. Where's your heart in L.A.?

RH: I gotta say my heart in L.A. is with the Los Angeles Clippers. I love the Lakers, I love when Phil was there, I love Jerry Buss… But I played five years for the Clippers, we had some tough times, it was fun, it was a great place to play… You know, when you play in the shadow of Earvin Magic [Johnson], James [Worthy]… It's kind of hard, it's kind of tough.

Did you feel overlooked there?

RH: Hey, they knew me! I made my point. Seriously, the best part about playing there was that I had the chance to go and see Magic play. I talked with him and he helped me a lot.

Your game changed during your career. Can you name a veteran player that has changed his game as years went by and kept being a great player?

RH: Kevin Garnett. He changed his game the last three years playing in a great team with players like Paul Pierce. It's a long run but a short damn job we have [laughs].