Setting the record straight on Chaz the Scout

Setting the record straight on Chaz the Scout 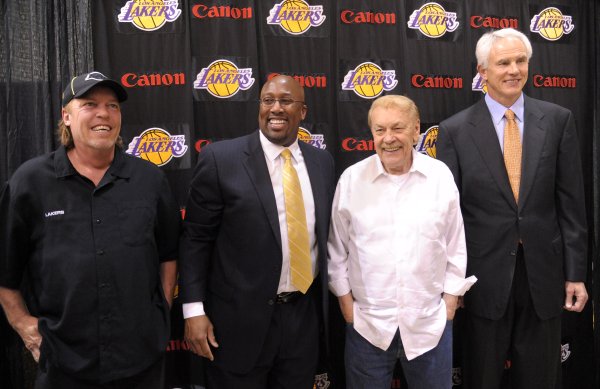 They met years ago while hanging out at the horse tracks. One of them was trying to manage his rich and famous father’s horses. The other was a garrulous sort, oodles of charm but no money. He was looking to find his luck.

The horse business didn’t work out so famously for either of them. But they had found each other and friendship is always a rare and precious discovery.

Chaz Osborne would say time and again over the ensuing years that he would have nothing if it weren’t for Jim Buss. “Jim, that’s his boy,” explained one of Osborne’s friends recently.

Jim Buss would later explain his horse experience by saying that he found “some success” there.

Others wouldn’t be so kind in describing those days hanging out at the tracks with Chaz.

But that doesn’t matter. Jim’s father was Jerry Buss, owner of the Los Angeles Lakers, and it was decided he would go into management training to learn how to run the team as a basketball executive.

There was a good bit of eye rolling, particularly in his own family, but, hey, he would be training with Jerry West and Mitch Kupchak and Ronnie Lester. In time, there would be some media scrutiny at the oddity of his training as a scout, at the idea that he was the Buss son chosen to someday inherit the running of the franchise.

Jim Buss responded with his now famous quote. "Evaluating basketball talent is not too difficult," he told Sports Illustrated many years ago. "If you grabbed 10 fans out of a bar and asked them to rate prospects, their opinions would be pretty much identical to those of the pro scouts."

That quote set Jerry West’s stomach acid to boiling, but, hey, West’s stomach acid was always boiling. Besides, the Logo left the organization after Phil Jackson took over as coach. Educating Jim Buss became the task for Kupchak and Lester. And that went pretty well, by most accounts, despite a sibling rivalry in the organization that pitted team marketing executive Jeanie Buss, and Jackson’s girlfriend, against her brother Jim.

In time, the complaints leaked from Jeanie’s side about the supposed ineptitude of Jim. He was a terrible communicator, they said. He didn’t even have an office in the team headquarters, they said. The Lakers will fall apart once he takes over, they said.

But the biggest charge of all? That Jim Buss, party dude, had put his personal bartender on the team payroll. That, of course, would be his old horse track buddy, Chaz Osborne.

Well, that day has arrived. Jim Buss is now in charge of the Lakers. Phil Jackson has retired. Jeanie Buss, once very involved with the team, keeps her distance and rarely attends games.

And various members of the press, most notably myself, have played Chicken Little, running around looking for signs that the sky is falling.

That may well be. Only time will reveal the direction of the Lakers, who face new challenges in a new era for pro basketball.

But it’s time to set the record straight. Chaz Osborne is no bartender.

He’s gotten some scrutiny in recent months due to the fact that he’s now one third of the scouting staff for the Lakers.

He’s a good-natured sort (although he did not return a call about this piece) and has quipped to friends that he probably needs to go to bartending school so that he can fit his public profile.

Other facts have emerged as well, according to one of his buddies. Chaz is a great guy, genuinely liked by many in the Lakers organization. He’s also comfortable hanging out at the bar with hoops celebs like Charles Barkley.

Plus Chaz is not shy about picking up a bar tab. He gets great comps from Las Vegas and he’s pretty free in sharing them, even with Lakers reserves, such as Luke Walton.

His pickup game is a work in progress. “He plays great defense,” says his friend, then admits that’s his way of being kind about the developing skills and lack of a shot.

But the friend points out that Chaz, who lives in San Diego and commutes to Lakers offices, is working really hard to become an excellent scout.

Chaz explained to friends that he’s really busy this year because Jim Buss laid off the scouting staff last summer that had produced so much Lakers success over the years. Those layoffs included Ronnie Lester, the trusted Lakers executive who had spent years helping to populate the roster with top talent.

Because of the layoffs, Chaz tells friends he’s seen more than 50 college games and works hard at sitting courtside and filling in the scouting reports for the Lakers.

It’s a big year in the upcoming college draft, supposedly ripe with talent. And the draft has become more important than ever with the NBA’s new collective bargaining agreement forcing teams like the Lakers to curb dramatically their spending on veteran players. Now, pro teams really have to find college players who can play in the NBA. 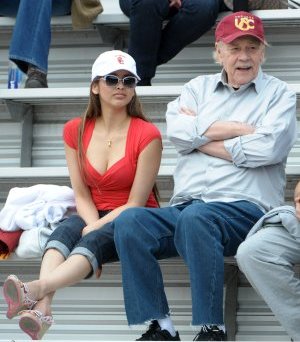 The other one third of the scouting for Jim Buss’s Lakers is Jesse Buss, a younger brother in his early 20s who, according to media reports, was arrested a while back on an alcohol-related charge while on a scouting trip in Kentucky. That doesn’t surprise some around the Lakers, because Jesse Buss has been known to entertain quite an entourage while following the team.

Meanwhile, Kupchak is working hard with Jim Buss to remake the team’s aging roster. They almost struck a deal at the start of the season for Chris Paul, but that trade was nixed by NBA Commissioner David Stern.

If the Lakers can work a big trade in the coming days before the March 15 trade deadline, then that could go a long way toward helping the team to make the most of Kobe Bryant’s final years in pro basketball.

There’s also big opportunity in the college draft this summer.

There’s no word on how well Kupchak trusts the reports he gets from the new scouting staff. He and Chaz are said to be cordial when they happen to pass one another in a hotel lobby.

Chaz and Jim Buss, however, remain in close contact by phone. Jim Buss is described by many as more than a bit isolated from the NBA world, and Chaz certainly helps by providing opinions and discussing personnel.

And when Chaz steps to the window to pick up his pass for road games, he always makes sure to remark that Jim Buss arranged the passes for him.

It may well be that Chaz and Jim parlay their eye for horses into something relevant as far as human hoops talent.

About the only thing that’s clear right now is that Jim Buss seems determined to prove the theorem he articulated to Sports Illustrated years ago. Some guys from a bar are as good as any ol’ professional scout.

It’s important to draw the line between the guys at the bar and the bartenders themselves, it seems.

As a longtime Lakers observer and fan, I have one major thought about this. Good luck with that. Please, good luck.