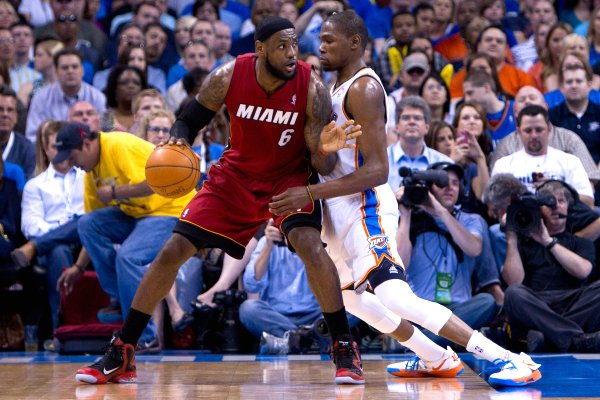 With the playoffs only a month away, let’s take a look at the championship hopes of those teams that have virtually clinched, or are still in the race for, a playoff slot.

PHOENIX: It’s always a mistake to underestimate Steve Nash, but the Suns late-season spurt still makes them a marginal team with no chance of surviving the first round.
ODDS OF WINNING THE CHAMPIONSHIP: 300-1

UTAH: Could conceivably come out on top only if they could play all of their games at home. Otherwise, this mediocre ball club would be delighted merely to win a game or two in the opening round.
ODDS TO WIN THE CHAMPIONSHIP: 300-1

DENVER: Will be delirious merely to qualify for the post-season tournament. Any team whose go-to scorer is Al Harrington can count on going fishing in early May.
ODDS OF WINNING THE CHAMPIONSHIP: 200-1

HOUSTON: Luis Scola, Kevin Martin, and the vastly improved Kyle Lowry are top-notch players, but lack the supporting cast to make any waves in the money season.
ODDS OF WINNING THE CHAMPIONSHIP: 200-1

PHILADELPHIA: Doug Collins has coaxed the best possible results from his squad, but as good as their defense is, their sputtering offense is a load that’s too heavy to carry them deep into the playoffs.
ODDS OF WINNING THE CHAMPIONSHIP: 100-1

ATLANTA: As ever, the Hawks are just good enough to break the hearts of their fans. Losing Al Horford shattered whatever long-shot title aspirations they had and the surviving players are simply too erratic for the team to venture deep into the money season.
ODDS OF WINNING THE CHAMPIONSHIP: 75-1

MEMPHIS: The return to action of Zach Randolph makes the Grizzlies a team nobody wants to face in the playoffs. Even so, and despite their unforgiving defense, Memphis lacks the frontcourt quickness and reliable perimeter shooting to be playing in June.
ODDS OF WINNING THE CHAMPIONSHIP: 75-1 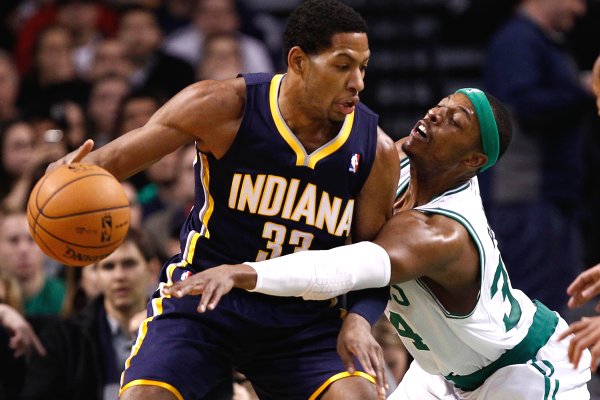 BOSTON: Certainly possess the experience and the star-quality players to win it all. Also, the less condensed playoff schedule will help to keep their elderly players relatively fresh. But wear, tear and the gaping hole in the middle will still work against them.
ODDS OF WINNING THE CHAMPIONSHIP: 50-1

INDIANA: A bit soft in the middle and erratic at the point, the best the Pacers can hope for is to squeeze into the second round before being obliterated. Even if this scenario does come to pass, this would be a significant step forward for the franchise.
ODDS OF WINNING THE CHAMPIONSHIP: 50-1

LA CLIPPERS: Sorely missing the mature leadership of Chauncey Billups. Blake Griffin is still too raw; Caron Butler is an inadequate, immobile third scoring option; and DeAndre Jordan has too many limitations. The wondrous Chris Paul can only do so much.
ODDS OF WINNING THE CHAMPIONSHIP: 50-1

NEW YORK: Mike D’Antoni had the perfect team to implement his run-stun-and-have-fun style before the roster was gutted to make way for Carmelo Anthony. Had Tyson Chandler been added to that particular mix, D’Antoni would still be employed and the Kicks would be a much better team than they are now. Meanwhile, Mike Woodson’s one-on-one, high screen/roll game plan is the ideal fit for the Knicks current cast of characters. However, even if Amare Stoudemire returns for the playoffs, Anthony has still to demonstrate that he’s a winner – and it’s hard to believe that New York could possibly survive a seven-game series versus either Miami or Chicago.
ODDS OF WINNING THE CHAMPIONSHIP: 25-1

ORLANDO: Their too-predictable offense relies on either Dwight Howard dominating the paint or their impressive array of 3-point shooters making the scoreboard flash like a pinball machine. The Magic’s tendency for frequently lacking the necessary passion and therefore for underachieving will be their downfall.
ODDS OF WINNING THE CHAMPIONSHIP: 15-1 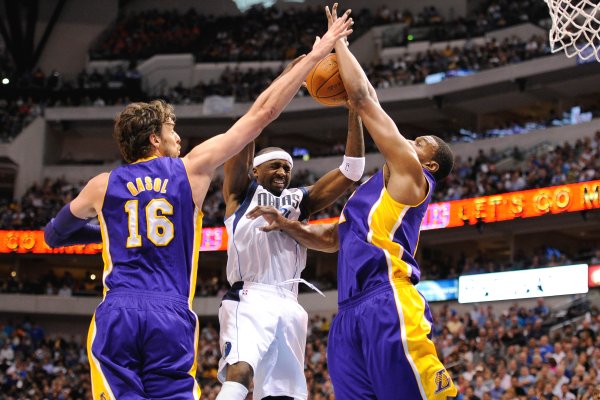 DALLAS: The thrill is gone and, apparently, so is the will. With their championship roster having been so radically gutted, the Mavs remain dangerous but incapable of defending their title.
ODDS OF WINNING THE CHAMPIONSHIP: 10-1

LA LAKERS: Mike Brown is still battling for control of his team. Andrew Bynum doesn’t come to play every night. Pau Gasol is under-utilized. Ramon Sessions plays quick while too many of his teammates play slow. Metta World Peace is over the hill. And the bench is weak. But Kobe Bryant is capable of the most astounding miracles.
ODDS OF WINNING THE CHAMPIONSHIP: 5-1

SAN ANTONIO: The dark horse in the race. The Spurs have the experience, the defense, the discipline, the explosive scoring of Manu Ginobili and Tony Parker, and the all-around dependability of Tim Duncan. Look for Stephen Jackson to also be a huge factor in the extra season. Moreover, none of his peers makes more effective in-game and between-game adjustments than Pop.
ODDS TO WIN THE CHAMPIONSHIP: 4-1

CHICAGO: Have the requisite super-duper star in Derrick Rose and an excellent sidekick in Luol Deng, but Carlos Boozer, the Bulls tertiary scorer, has a history of wilting against top-notch foes, and they no reliable post-up threat. Still, their feisty defense and disciplined game plan are huge pluses.
ODDS OF WINNING THE CHAMPIONSHIP: 5-2

OKLAHOMA CITY: A trio of superlative scorers headed by the irrepressible Kevin Durant present the most potent offense in the NBA. Derek Fisher’s maturity and focus will be even more significant in the locker room than on the court. Yet because familiarity always slows the pace in the playoffs, the Thunder will be in the unfamiliar position of having to grind out their scoring opportunities and avoid excessive turnovers. In addition, their defense is highly porous. Still, the team that scores the most points in any given game always wins.
ODDS OF WINNING THE CHAMPIONSHIP: 3-1

MIAMI: The star-power is there, but this is a donut team that lacks sufficient presence in the middle. In addition, the bench is iffy and LeBron has yet to prove that he can be a positive difference in the clutch. Still, the Heat remain the favorites to come out of the East.
ODDS OF WINNING THE CHAMPIONSHIP: 2-1 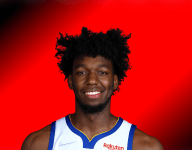