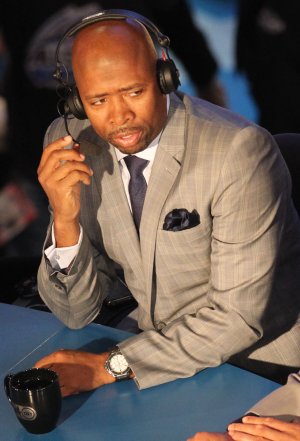 Kentucky vs Kansas: Who will come out a winner?

Kenny Smith: I wanted Louisville and Kansas to play for the title. Anyway, I think Kansas will win the national championship.

After the lockout, what do you think about this shortened NBA season and the level of play?

KS: I think it's going to be interestingly not a factor. I did say when the lockout was happening that people wouldn't come back, that they would lose interest. But it didn't happen. So maybe we should start in December all the time [laughs].

It has been kind of a difficult season for the Los Angeles Lakers. The no-trade of Chris Paul, Pau Gasol finally staying after the trade deadline but they moved Derek Fisher… What are their chances of reaching the NBA Finals?

What do you think the Lakers should do when Derek Fisher retires from basketball? What's his legacy with the Lakers and the city of Los Angeles? Should they retire his jersey?

LeBron James' The Decision drew big criticism. Do you think people are now beginning to embrace him as the once-in-a-generation player he is?

KS: I think that has kind of worn off. This year we see more people talking about the Miami Heat's play and not about things off the court, and that's what makes them dangerous.

You've been a successful TV analyst for a long time but would you like to get back into the league in a front-office capacity some day?

KS: I think inevitably I'll be coaching some day, I just don't know when. I think that's just inevitable. Or manager. I got some people knock on my door to start coaching, but I've just haven't opened it yet. You know, next year I think I might take a look and see who's knocking. 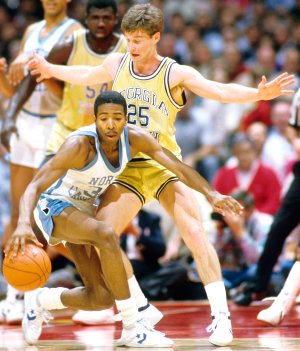 When you played for North Carolina you went to Spain to win the gold medal at the World Championship in 1986 with teammates like David Robinson, Steve Kerr… What do you remember about that tournament with rivals like Arvydas Sabonis and Drazen Petrovic?

KS: That was a great time. I think that was one of the tournaments that gave me a great deal of condifence. Playing against the best players in the world I knew I could be an NBA player.

I think one the best things about TNT's Inside the NBA is the gone fishing segments. Will Shaq be on every picture this season?

KS: You know, Shaq will be joining me on my fishing trips for sure.

Kenny Smith was touring on behalf of his work with Coke Zero during the NCAA Men's Basketball Tournament, where fans could gain codes from Coke Zero products, enter these codes through their My Coke Rewards account at www.enjoymoremadness.com and win a variety of prizes such as a trip to the 2013 NCAA Mens’ Final Four.