Why not Points Per Shot?

Why not Points Per Shot? 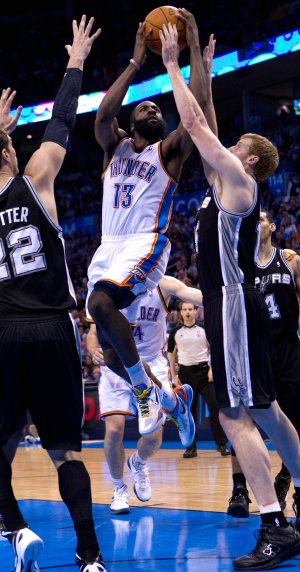 In the ongoing quest to deliver meaningful sports statistics to information-hungry fans, basketball continues to lag behind baseball. In the everyday baseball box score, we now see an assortment of offensive efficiency and potency numbers. Batting Average has been with us for ages, but more recently a new set of offensive efficiency statistics have come into vogue, including, (1) On-Base Percentage (“OBP”: percentage of plate appearances that result in the player getting on base), (2) Slugging Percentage (“SLG”: number of bases achieved per at bat), and (3) On-Base Plus Slugging Percentage (“OPS”: the sum of OBP and SLG).

These numbers paint a broader picture of a player’s offensive impact. After all, a player can get on base without getting a hit, and not all hits are created equal.

In basketball, far too much value is afforded to the age-old Total Points and Points Per Game (PPG) statistics. Of course points are critical to winning a basketball game (but no more critical than preventing one’s opponent from scoring!), but nearly every NBA player, given enough shots, can score above average or even “impressive” point totals.

An underappreciated statistic that I’d like to see discussed more frequently is one that can be easily deduced from every box score: Points Per Shot (PPS). This statistic measures the number of points a player scores per field goal attempt ((Total Points)/(Field Goal Attempts)). This statistic would favor players who were efficient shooters from all parts of the floor where they take shots, even if they don’t take that many total shots. It would also favor players who worked hard to get to the free throw line and then converted there, as points are earned without having utilized an official field goal attempt. PPS would not favor the 2001-02 Allen Iverson, who posted 31.4 ppg on 40 field goal shooting and under 30 percent from beyond the arc; despite his All-Star accolades, his PPS was a meager 1.13.

To put this statistic into action, compare the following scoring stats of Player A and Player B:

So did Player A or Player B have the better game? In this example, Player A had a 30-point game and outscored Player B by 10 points. While most would acknowledge that Player B had a good game, many would look at Player A’s 30 points and say that he was the better player. Yet, on 1/3 as many shots as Player A, Player B scored 2/3 as many points. Thus, Player B’s efficiency was 100 percent greater than that of Player A.

While the PPS stat isn’t available in your everyday box score, you can find it on ESPN.com. Of course, big men who play in the paint are likely to average higher PPS than guards who play away from the basket (just as their field goal percentages are typically higher). In the case of the 2011-12 regular season, six of the top seven PPS players were forwards and centers, each of whom is listed at 6-foot-8 or taller. James Harden, who has been recognized as the league’s best Sixth Man, is the lone guard in the  Top 7, and at 6-foot-5, he ranks No. 2 in PPS, trailing only Tyson Chandler.

In fact, if you were to go back for as far as ESPN keeps PPS data (1999-2000), Harden has the best single-season PPS of any NBA guard during the 13-year span, and Chandler’s 1.97 PPS is the best overall PPS in at least the last 13 years. To put Harden’s feat of 1.66 PPS as a guard into even more perspective, neither Michael Jordan nor Steve Nash nor Ray Allen ever broke the 1.5 PPS mark. And while dead-eye assassin Reggie Miller has broken 1.5 several times, he’s never cracked the 1.6 PPS mark.

Until there is a column in the box score devoted to PPS, its importance will be woefully underappreciated. And until players are stigmatized and penalized for below-average PPS, many who follow the NBA will inappropriately value NBA player contributions.