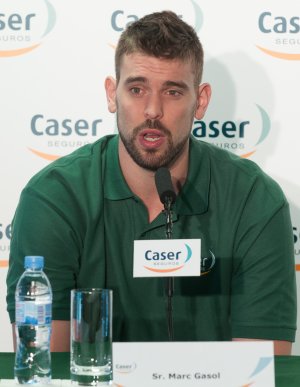 How would you compare the team chemistry you had this year in the playoffs compared to last year's?

Marc Gasol: Each year is different. Last year we had different players and the starting lineup was different. Zach (Randolph) made it just in time for the playoffs and playing with three potent players on the offensive end means you don't get the ball so often and you have to find your rhythm. At the end of the day, the goal is for the team to not be hurt by that. What really hurt us was not being able to find that little spark at the end of games. Our offense got stagnant, but you also have to give the Clippers credit for that.

How long is the window going to be open for this Memphis team with the current nucleus of players?

MG: It comes to down to how we work. If we're committed to working and improving and playing within a team concept under Lionel Hollins' philosophy, the sky is the limit. If we as players focus on our own agendas, obviously that will hurt us and we will struggle.

Would like to ask you about the performance of some of your teammates this season. What can you tell me about Rudy Gay?

MG: To me, Rudy Gay is a unique player with that athleticism and talent. Little by little, he's realizing he can't just contribute with his scoring but also in other areas. When he rebounds the ball, blocks shots and dishes assists, he's a difference-maker.

What does he need to do to become a bona fide All-Star? Just being consistent in those areas?

MG: There's a lot of competition at his position. He could have been an All-Star this season had he played in the East. It's tougher in the Western Conference.

MG: Very good season. It may have ended on a sour note in the playoffs because he wasn't able to hit shots and became frustrated about it… Maybe he got tired because we had him putting full-court pressure on Eric Bledsoe. When the time came to shoot the ball, maybe his legs were not fresh enough. But that's a player I really like. We're friends, we've been together a lot of years and I have a lot of confidence in him.

Do you see him leaving or staying?

MG: You never know. You don't know what kind of offers he's going to get, what the owner plans on doing… You never know in the NBA. Maybe they trade me and keep OJ Mayo. I don't know. 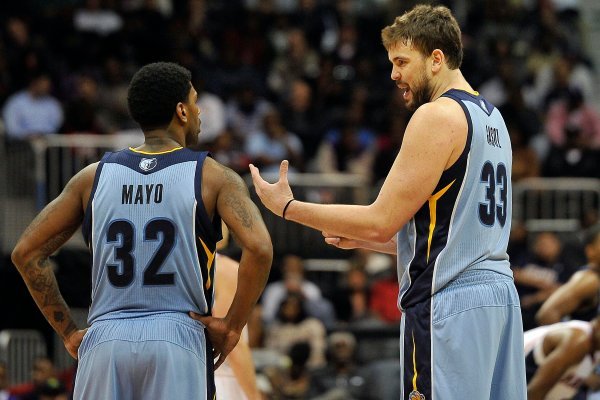 MG: He's more mature and serious as a player. He has more swagger now. He has a lot of talent and it was a shame that he went into Game 7 having spent the previous night with high fever. He was pretty fucked up and Game 7 was a morning game, so that obviously hurt us.

Conley was under a lot of pressure his first few years in the NBA. A lot of people didn't have much faith in him and the Grizzlies took a look of heat for picking him. How did he deal with that kind of pressure?

MG: It was hard, it was hard. But when Lionel (Hollins) came, he changed our mindset. He protected his players and said, "Hey, let's get to work, do things right and try to win games." And when you win games, people forget if this guy or that guy was a good pick or not. Mike Conley learned to work in that situation, to improve and use the pressure as motivation. Then, as you get older, you don't care as much about what people say.

Do you think Lionel Hollins has given this team extra wins?

MG: Yes, yes, yes. No doubt about it. One of the reasons why we've had success, won playoff games and came close to playing the conference finals is Lionel's mentality. He's a top-notch coach in the NBA. Obviously he's also learning on the job, but he's a very reasonable, honest and hard-working coach.

Were you surprised by Zach Randolph as a teammate? He didn't have the best reputation coming in.

MG: You have to consider that I've had teammates with quite a reputation (laughs). I've had (Allen) Iverson, Steve Francis, Antoine Walker, Gilbert Arenas this year… And it's not a big deal. As for Zach, I get along real well with him on and off the court. We talk on the phone very often. He's a teammate and a friend. 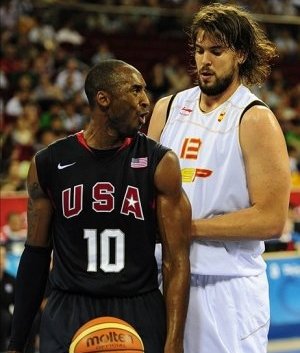 How close are you to the best center in the NBA nowadays – Dwight Howard and Andrew Bynum?

MG: I don't know. I don't compare myself to guys like that. They are much more physical and athletic than I am, but I can compete with them. They can do things I can't do because of their athleticism, but I feel I can do a lot of things for my team to win the game against those two.

With Dwight Howard sidelined, do you feel like Spain is going to have the best inside game at the Olympics?

MG: At the end of the day, it's about finding a balance and playing together. We have to play defense, which is what then makes it easier for us to run and score.

Who's the third favorite after the U.S. and Spain at the Games?

MG: Argentina has to be up there. They have a terrific team.

MG: Yeah, France too. But the Argentines have played together for a long time. France has a lot of talent and a good mix of veterans and young guys. But Argentina… I've always loved how they play.