Hollis Thompson: "I can be a mid-to-late first round pick"

Hollis Thompson: "I can be a mid-to-late first round pick" 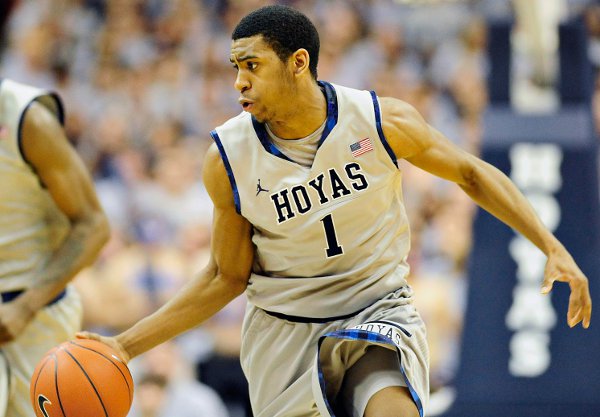 Why did you decide to skip your senior year and enter the draft?

Hollis Thompson: It's just that at the end of the season I knew it was the time to enter the draft.

You initially declared for the 2011 draft too, but you returned to school. What parts of your game have you improved in order to be ready to play in the NBA?

HT: Well, my defense has definitely improved. I also got stronger, my body now allows me to take the ball stronger to the rim.

You led the Big East by making 43 percent of your three-point attempt. How would you rank yourself among the best shooters in this draft?

HT: Well, I don't know how many shooters have entered the draft. I only know that I'm a good shooter. I can shoot pretty good.

Yeah, I remember the buzzer-beater vs. Alabama this season. Was that the best moment of the season for you?

HT: Nah, that wasn't the best moment but it was definitely one of the best. You know, I had a couple of other some good moments during the season.

That play and others show that you would not be afraid to take the last shot, right?

HT: Of course not, I'd never be afraid to take the last shot in an NBA game.

Can you name a current NBA player that is similar to you on how you play basketball?

What is your biggest strength right now and what part of your game needs improvement as soon as possible?

HT: Well, my biggest strength now I would say that is my ability to score the basketball, and I need to improve on my strength. Get stronger in order to compete at the next level.

You played with Pistons center Greg Monroe as a freshman. have you learned anything from him? Do you stay in contact with him?

HT: No, I haven't been in touch with him recently.

How is going to be your schedule of workouts and interviews?

HT: Well, basically I have scheduled workouts and interviews with every team of the second half of the first round.

What does your agent tell you right now about your draft chances?

HT: I think I can be a mid-to-late first round pick.