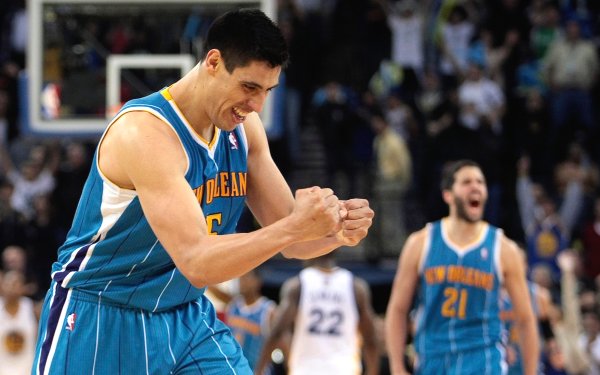 The New Orleans Hornets have yet to exercise the option on the contract of Mexican big man Gustavo Ayon and may still wait a few weeks to do so, according to agent Emilio Duran.
"The Hornets have until July 25 to pick up the option and I've been told by the team's management that the intention is to pick it up, but apparently they can't do it yet because there's some paperwork left to do with the new ownership," Duran told HoopsHype. "Anyway, the plan is for Ayon to stay."
The 6-foot-9 Ayon, a late-bloomer that was competing in the Spanish second division just two years ago, has been drawing interest from European clubs already just in case he ends up becoming a free agent. A return to Europe, where he last played for Fuenlabrada of the Spanish ACB, is unlikely, though.
"I've spoken with a couple of European teams already, but mostly out of courtesy because there's a very small chance he plays in Europe," Duran said. "I would be surprised if New Orleans doesn't exercise the contract option. But if that happened, I would be very surprised if Ayon doesn't play in the NBA with another team next season anyway. There was interest from other teams like Denver and Oklahoma City in the past. He's done more than enough to warrant another contract."
Ayon, a polished low-post scorer, averaged 5.9 ppg and 4.9 rpg in his rookie year with New Orleans. If his contract option is picked up by New Orleans, he will make $1.5 million next season.