1. Stephen Jackson was a totally different player with the Spurs. Is it the organization? The coach? The system?

3. Was it possible for Steve Kerr to be any more biased toward the Spurs in his commentating?

4. According to the New York Post, after last year's playoff loss the San Antonio Spurs' management was ready to renovate their roster and made Tony Parker and Manu Ginobili available for trades. Whose bright idea was that? 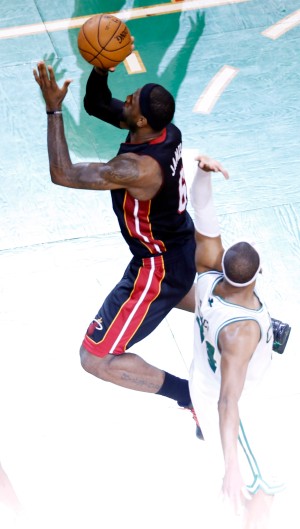 5. Is LeBron finally making everybody a believer or are there still doubts?

6. Are they going to break up the Celtics no matter what happens in this series?

7. Isn't it great that NBA TV replays the games during the day for folks who can't stay up late enough to watch the late West coast games?

8. In Game 2 against Oklahoma City, Steve Blake missed the team's last shot while they were down. His wife Kristen re-tweeted a message she received that read, "I hope your family gets murdered." Honestly, what is wrong with people?

10. Should the Lakers have traded Lamar Odom when he was upset about his name being in trade talks? Or should they have just said something along the lines of, "Listen Lamar, we know you are upset about your name being in trade discussions, but this is a business and we had to look at options. But you are a part of this organization and we want you here so go home take a day off, cool your head and come back the next day ready to win a championship and Sixth Man of the Year again?"

11. Couldn't I make the same argument for when they traded Shaq? I don't care how much they weren't getting along… They would have just had to work it out.

12. The Los Angeles Clippers have had or of the most memorable and electrifying teams this season. Lob City has transformed a once dismal franchise into something that appears to be on the brink of special on the horizon. Will CEO Donald Sterling find a way to mess it all up?

13. I gotta give it to Doug Collins. He has done a great job with the 76ers this year. Did anyone see this coming or is everyone just as surprised as I am?

14. Is coach Eddie Jordan going to get another coaching opportunity? I hope he does.

15. Anthony Davis said on "The Dan Patrick Show" that he wants to be the guy to "shut Kobe down." Is he getting a little ahead of himself? 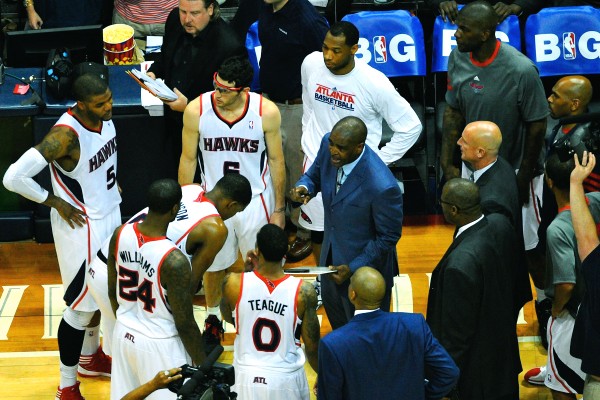 17. After the Atlanta Hawks' first-round loss to the Celtics, there was a lot of talk about firing head coach Larry Drew. Now I'm not saying he's the best coach in the world or an "excellent communicator" as he claimed when making the case for himself, but can he or any coach be blamed for a season that didn't reach its expectations when injuries have taken over most rosters in this post-lockout season?

18. How funny was the Jay Paroah's Saturday Night Live impression of Stephen A. Smith?

19. If someone fouls your star player hard making his head bleed, isn't the proper reaction as a big man to return the favor the next time that person has the ball? I come from the Big East, so maybe we just had a different mentality, but didn't Udonis Haslem do exactly what he was suppose to do?

20. Shouldn't Thabo Sefolosa be on the All-Defensive 2nd Team?

21. Oklahoma City police said at least eight people were shot blocks from Chesapeake Energy Arena after a playoff game between the Thunder and the Lakers. What kind of a celebration is that?

22. 23-23-23-22 are the ages of Kevin Durant, Russell Westbrook, Serge Ibaka and James Harden. Doesn't it appear as though we will be seeing the Oklahoma City Thunder in the NBA Finals for many years to come?

23. I know I am a little older and not as hip as I used to be but for real… What's up with the Revenge of the Nerds glasses and the 1970s tight-fitted print shirts and skinny jeans all the young cats are wearing in post-game interviews?

24. By not firing or reprimanding New York Post writer for what he wrote about Jay-Z is the paper condoning or agreeing with what was written?

25. So the team that coincidentally the NBA owned got the No. 1 pick, huh? Guess they were just incredibly "lucky". 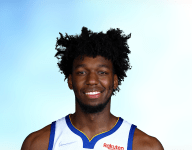