Who says this is it for the Big Three?

Who says this is it for the Big Three? As everyone knows, their Game 7 loss in Miami tied a ribbon around their era with Paul Pierce still under contract but Kevin Garnett and Ray Allen now free agents with the older-than-dirt Celtics ready to rebuild, at last.

Doc Rivers, who put off his one-year sabbatical to coach the team he loved, had tears on his eyes at the end, embracing Garnett while KG palmed his head, affectionately.

Asked later about the Big Three’s legacy, Doc sounded as if he was delivering a eulogy for the departed.

“I wish we could have had healthy runs, you know?” he said.

“This team won a title, got to another Game 7 where they had a shot to win [in 2010, with Kendrick Perkins out, blowing a 13-point third-quarter lead over the Lakers], got to another Eastern Conference final, one game away, on the road, banged up…

“I would have loved to see this team with Kevin injury-free in this whole stretch. But you don’t get do-overs.”

Actually, they did get do-overs… and may get another.

So who says this is over?

This was Do-Over No. 3, if you go back to the improbable run to the 2010 Finals after GM Danny Ainge went on the radio, suggested Red Auerbach was wrong to keep Larry Bird and Kevin McHale to the end and noted that if he could get good young players for his old ones, “It’s a done deal.”

Unfortunately – or not – Ainge is way past the point of getting promising young players for his old ones.

So, let’s assume for a moment that KG and Allen want to stay enough to take short-term deals.

Old or not, with their Big Three intact, the Celtics would look a lot like the Spurs two years ago. 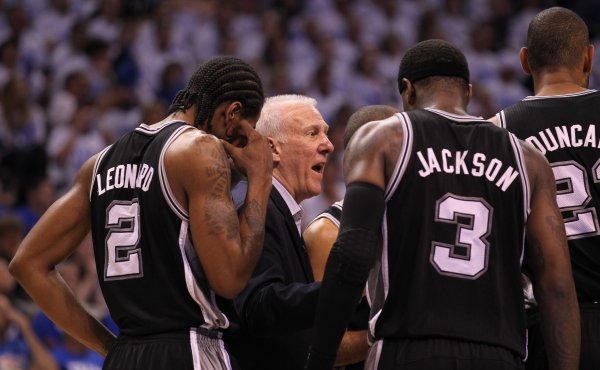 They were young again!

Forget merely winning a title, as everyone thought they were about to. Four games before this season came to an abrupt end, the Spurs were being compared to the NBA’s greatest ensembles with Marv Albert putting them up there with the early ‘70s Knicks, the late ‘70s Trail Blazers and the ‘80s Celtics and Lakers.

Even after the baby-faced Thunder arose to mow them down, there were no eulogies for the Spurs’ Big Three.

Nor should there be. The Spurs may never win another title but with Gregg Popovich’s steadfast dedication to lightening the load on Timmy, Tony and Manu, they’re back among the NBA elite.

Thus the Spurs, whose adroit decisions stretched the reign of this tiny-market dynasty, overcame their own mistakes of the latter years, notably trading Luis Scola and investing in Richard Jefferson.

Ainge made his own blunder, trying to walk a tightrope from the past into a future, trading Perkins before learning Shaquille O’Neal’s hip injury, which was supposed to keep him out another week or two, would effectively end his career.

Overnight, the Celtics went from huge and menacing to starting Nenad Krstic at center.

But that was then and this is now. If the Celtics are no longer big and physical, who is?

There’s only one low-post threat in the East – if, indeed, Dwight Howard stays in the East.

With both teams in the East Finals going small, Garnett was often the tallest player on the floor – by four inches.

With Chris Bosh coming off the bench, the Heat went so small, LeBron James jumped center. 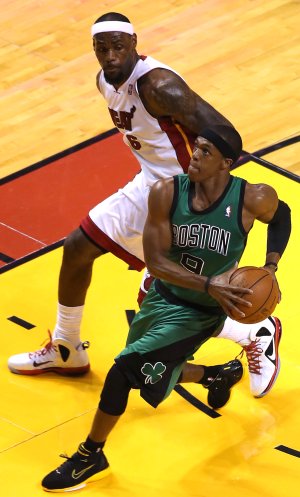 Ainge has already begun bringing in young players, starting with Rajon Rondo, who, of course, is really No. 1 of their new Big Four.

Three of their new rotation players weren’t even there at the end, starting with Jeff Green, who wasn’t there at the beginning.

Green had a heart issue. So did veteran Chris Wilcox. Second-year guard Avery Bradley, an uber-athlete who couldn’t hit the water from a boat when they drafted him, broke out when Allen was sidelined in April, averaging 15 points, shooting 53 percent – and 55 percent on threes.

Of course, building around their Big Three depends on the willingness of Two of them to stay for less.

At this spring’s level, KG can get paid a lot of places. On the other hand, this is someone who has wears his heart on his sleeve and loves Boston.

In the shock after the Game 6 loss, when, one game from the Finals, they let the Heat off the hook, KG sent a valentine to the fans who might have seen him in green for the last time.

“I’ve never in my life experienced anything like this, in any sport,” he said. “I'm just truly blessed to be a Celtic and be a part of the city of Boston. That's what's up, to all the New Englanders around here, coming from your boy."

So, I’m guessing he stays.

Allen should be affordable, with no one likely to offer big bucks at 36, coming off an ankle injury.

Of course, that’s if Ainge is willing to hold off backing up the truck for another year or so.

The alternative would be to go after free agents, with almost two max slots if they let KG and Ray go.

Unfortunately – or not – this free agent class is a bad fit with their needs.

With the Celtics’ name yet to come up in Howard’s convoluted two-year narrative, let’s assume he isn’t going there.

Aside from Dwight, the cream of this crop are point guards Deron Williams, Steve Nash and Goran Dragic.

The Celtics, of course, already have their point guard.

With Derrick Rose problematic for next season, the Celtics, as constituted, are the second-best team in the East, and not by much, having just led Miami, 3-2 in the conference finals.

I’m guessing Ainge will conclude they have nothing better to do the next two seasons than bring the the old guys back for more Last Hurrahs!

As to which way to root if you’re not from Boston, these guys were a blast to have in Celtic Green.

The East was a wasteland when Allen and KG arrived in 2007, with the West having won seven of the last nine Finals, by a combined 31-17.

The improbable Celtic comeback, which began after drawing the No. 5 pick in the 2007 Greg Oden–Kevin Durant draft. Coupled with a miracle Laker turnaround after Kobe Bryant raged at Jerry Buss, demanding to be traded, the teams restored their ancient rivalry and leading the NBA out of nine years of post-MJ doldrums.

Nor were these your father’s Celtics with Auerbach blowing cigar smoke in defeated foes’ faces.

Rivers and Ainge put a smiling face on the leprechaun logo. The players conducted themselves like professionals, with occasional punky sneers (from Rondo.)

KG was as beloved as any figure we barely knew, since he wasn’t given to chats when not in press conferences.

He didn’t utter a peep, sitting out the 2009 playoffs. Pursued by the press after the Celtics blew their 3-2 lead and fell in Game 7 in Orlando, KG said four words: “See you next season.”

Exactly. Here’s hoping we see you next season, in green. 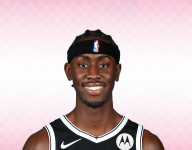